The E-2C Hawkeye was on a training flight 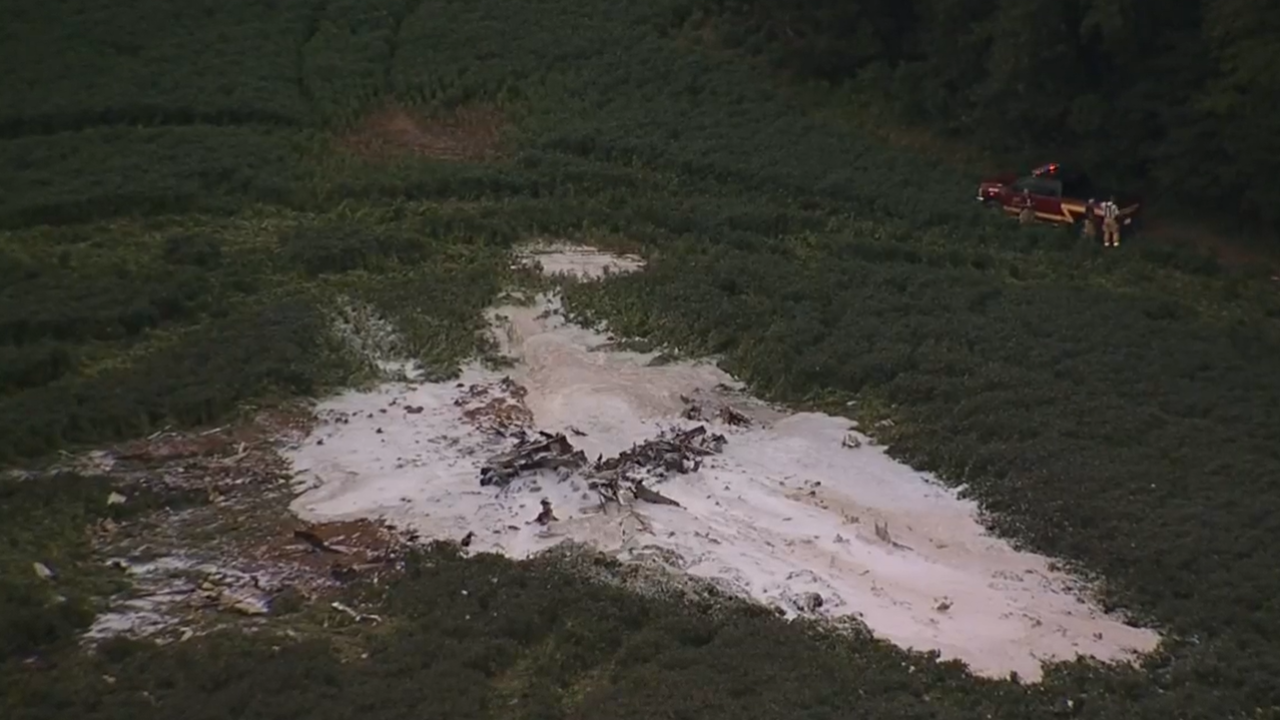 Virginia State Police were alerted to the crash around 4 p.m. They found the wreckage near the intersection of Berry Road and Mason Road.

Navy officials say the two pilots and two crew members bailed out of the aircraft safely through the main cabin door by using parachutes they are required to strap on when they get aboard.

All four were in good health after being evaluated.

The E-2 was conducting a training flight at the time of the crash.

According to initial reports, no structures or people on the ground were damaged or injured during the crash.

The Navy has launched an investigation to determine the cause of the mishap.