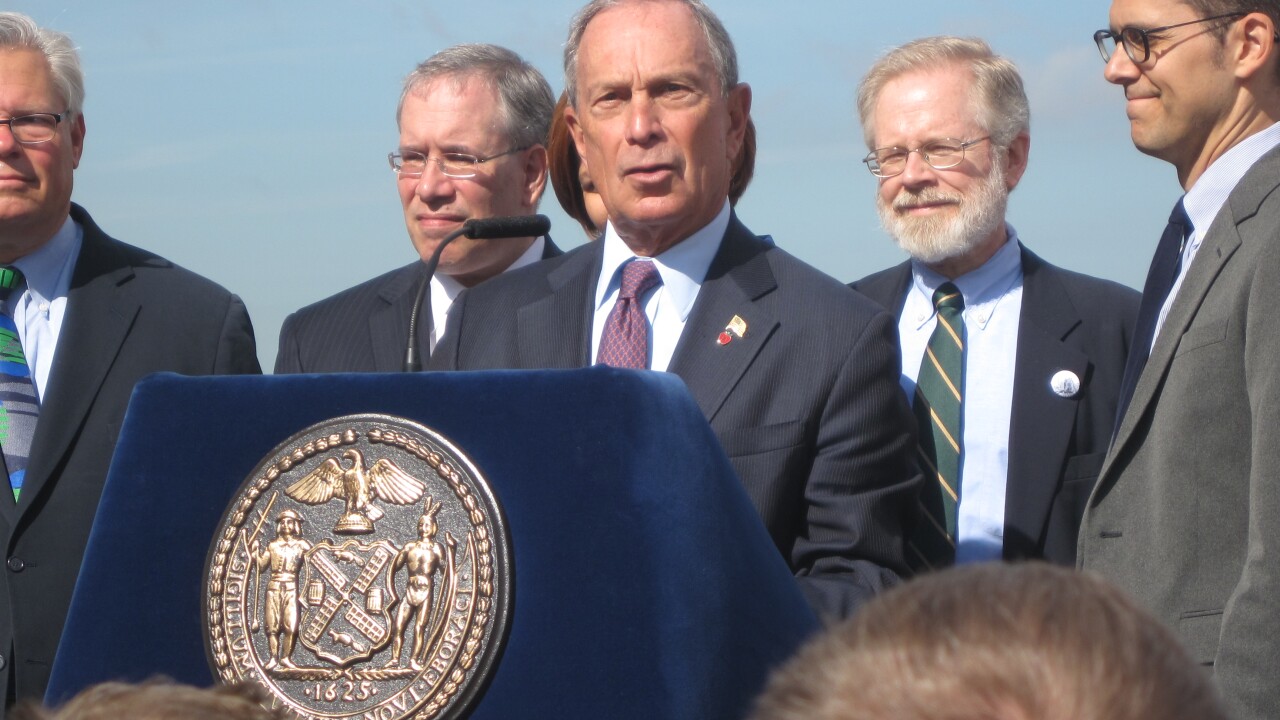 New York Mayor Michael Bloomberg speaks at a groundbreaking ceremony for the final section of the High Line on Thursday, September 20, 2012.

WASHINGTON — Michael Bloomberg is under fire for resurfaced comments in which the Democratic presidential candidate he says the way to bring down murder rates is to "put a lot of cops" in minority neighborhoods because that's where "all the crime is."

Bloomberg made the comments at a 2015 appearance at the Aspen Institute, as part of an overall defense of his support for the controversial "stop and frisk" policing tactic that has been found to disproportionately affect minorities.

On Tuesday, after reports of the audio resurfaced, Bloomberg issued a statement saying his 2015 remarks “do not reflect my commitment to criminal justice reform and racial equity."