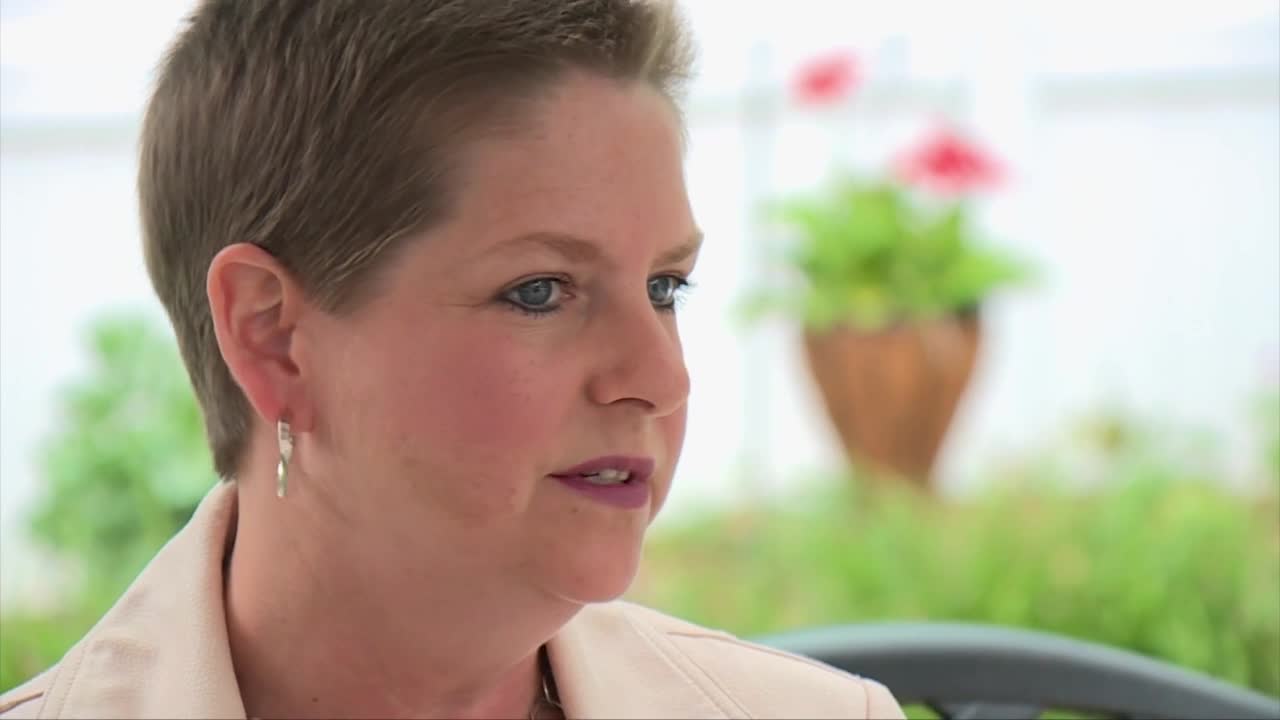 HENRICO COUNTY, Va. -- In front of her sign celebrating the end of her chemotherapy treatment for breast cancer, Catherine Akers exercises her right arm.

"I was diagnosed with heart failure recently, so I'm having to deal with that. One of the cancer drugs damaged my heart," Akers said.

We first introduced you to Akers in June shortly after her former radiologist, Dr. Michael Bigg, the owner and sole physician at the Allison Breast Center, had his license suspended by the Virginia Board of Medicine.

Bigg stands accused of misreading the mammograms of 18 patients, including Akers.

"I often wonder how many women are out there that are like me," Akers said.

According to a lawsuit filed in Henrico Circuit Court last month, Bigg misread her mammograms in 2018 and 2019, which led to a more than 16-month delay in her diagnosis and treatment.

"It's nice to hold him accountable with the lawsuit," Akers said.

Five other women are also suing Bigg for allegedly missing their breast cancer.

"It's very sad to know how many were affected by his negligence," Akers said.

Stephanie Grana, a partner at Breit Cantor Grana and Bucker, represents all of them.

"The number of calls involving this physician is obviously unprecedented," Grana said. "I just got a call today."

Grana said she talks to every former patient of Bigg that calls, but she is only taking the most egregious cases to court.

"There are also cases that I'm not filing but I have had an expert say Dr. Bigg misread the films," Grana said.

One of Catherine Akers' doctors, oncologist James Khatcheressian at the Virginia Cancer Institute, said he recognizes that doctors are human and sometimes make mistakes, but with Dr. Bigg, alarm bells started going off.

"We were starting to see a pattern of misdiagnoses with the Allison Breast Center that was certainly concerning to a lot of us," Dr. Khatcheressian said.

And, Dr. Khatcheressian said based on what he has seen, Bigg should ultimately lose his license.

"I don't think he should be allowed to practice radiology and certainly any type of medicine. That's my personal opinion," Dr. Khatcheressian said.

We reached out to Bigg's lawyers to request an interview with him.

"Dr. Bigg has been practicing radiology for over 40 years and has saved the lives of countless patients. He trusts the legal process and will not try cases in the media."

Bigg has filed a response in court to one of the lawsuits filed by a former patient: Lisa Gibson.

In that response, Bigg denies all of the allegations against him, and said he did not breach the standard of care, nor did he proximately cause her alleged injuries.

CBS 6 News is working for you. Click here to email a tip to the CBS 6 Problem Solvers. Be sure to leave us your name, phone number and detailed description of the problem. You can also leave a message by calling 804-254-3672.