Protecting your pets from heatwave: What pet experts suggest and what to look out for 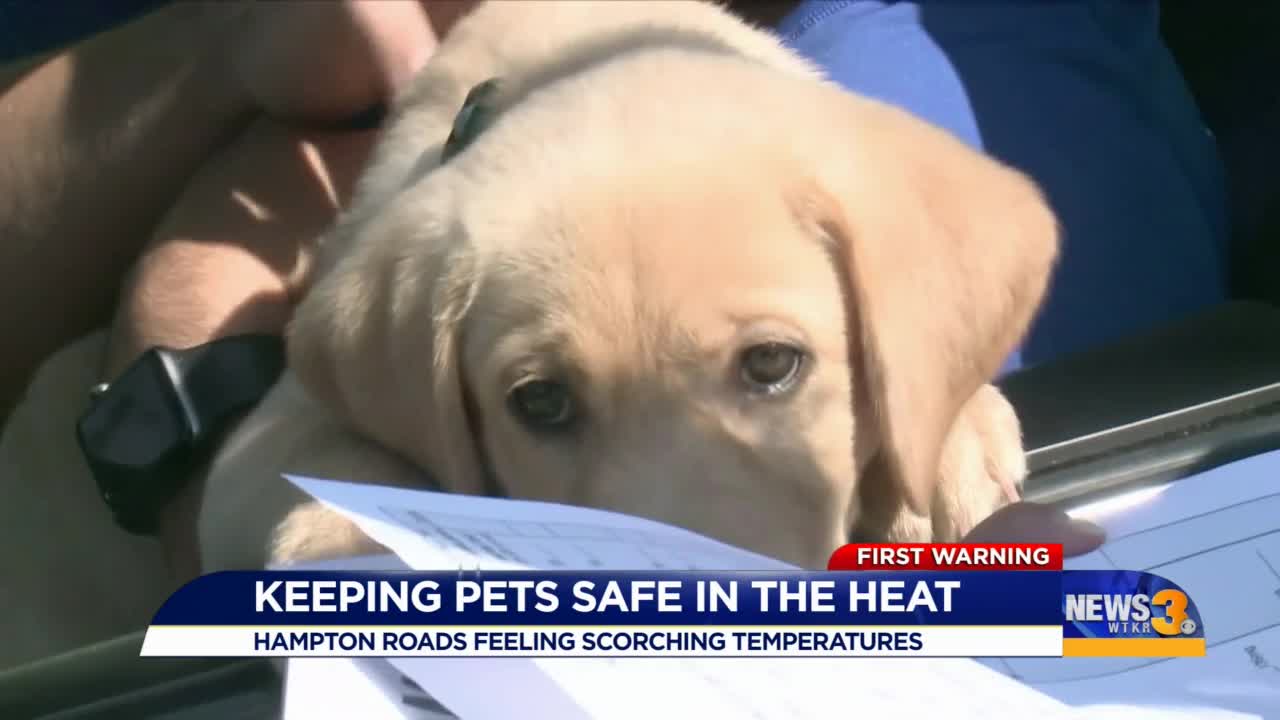 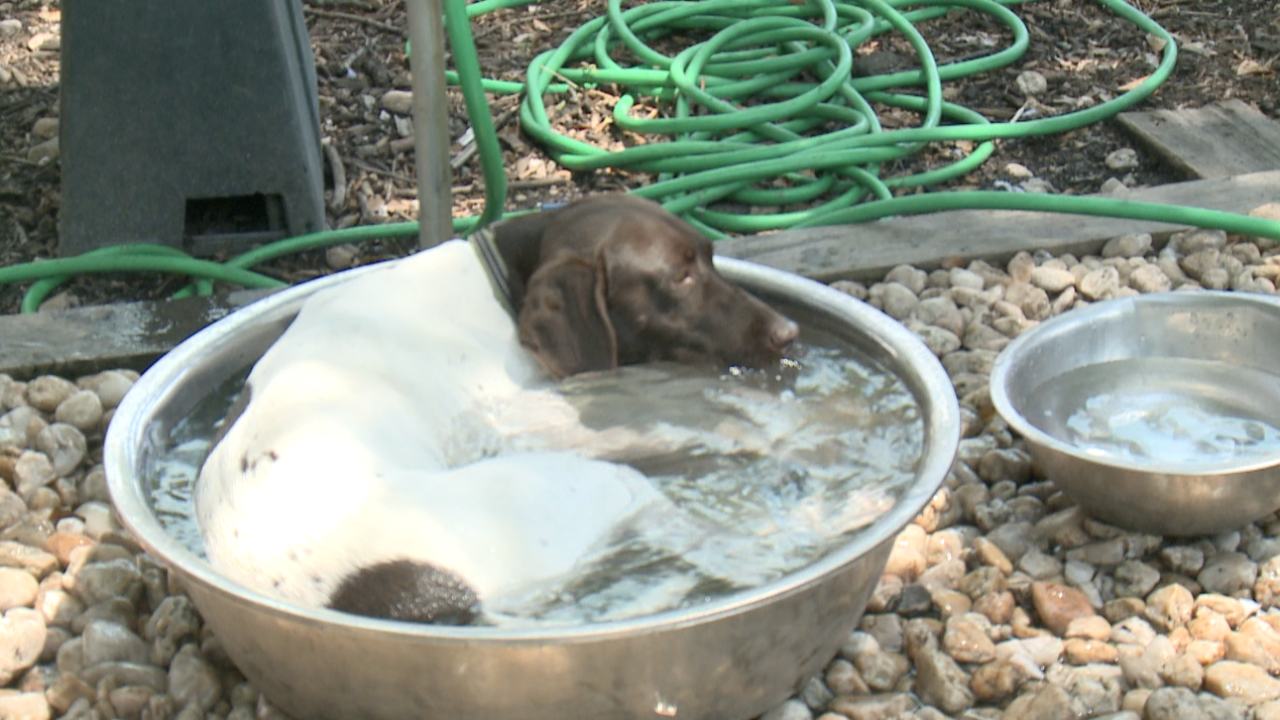 NORFOLK, Va. -- Michelle Koch does not worry too much about her dog, Zoe, as she walked into the shade behind some brushes at a local dog park.

“She dips in the water, and she can go a long way,” Koch said. “She's a German shorthaired pointer, so she's adapted to this kind of heat."

That is because they recently moved to Norfolk from Nevada. They spent their Monday morning at the dog park on a hot day where the temperatures hovered near 100 degrees.

"I used to take her out in the desert and let her hunt rock chucks,” Koch said. “She would run and run.”

Nevada is a state known for mostly being a hot desert, but she said she still takes the heat seriously. Zoe did take intermittent breaks from running around by cooling off in a large metal container filled with water.

"I do watch out and make sure the sidewalk is not too hot for her paws," Koch said. "I do have to watch her and watch for signs of heat exhaustion."

Signs, which according to Jake Roos, mean, “Basically anything out of the ordinary.”

Roos is the senior director of operations at the Norfolk SPCA. He said pet owners are normally aware of when their dogs may be experiencing maladies from the heat.

PETA, an organization that promotes the ethical treatment of animals and promotes animal rights, reported on its website that since 2019, there have been 74 heat-related animal deaths. That includes pets locked in a hot car.

"They can really struggle in heat like this,” Roos said. “They need shady areas."

Roos explained couple of ways pet owners can make sure their pets are not overheated. One way is to take their temperature. The average temperature for dogs and cats should be at around 102 degrees, according to Roos.

Anything greater than that, the pet owner should cool the pet down. A method Roos suggested was take some towels, soak them with cool water (not cold) and have your pet lay on the towels.

“If you do need to take your pet outside, like taking your dog out for a walk, try to do it early in the morning or later in the evening,” Roos said. “If you have to go out in the middle of the day in this heat, you want to keep it really short.”

Related: Heat safety tips for pets, children and yourself

These suggestions should help to make sure your pet is safe during the heat.

"It's something that should be monitored closely,” Roos said. “Any questions, of course, you definitely want to go to the vet."