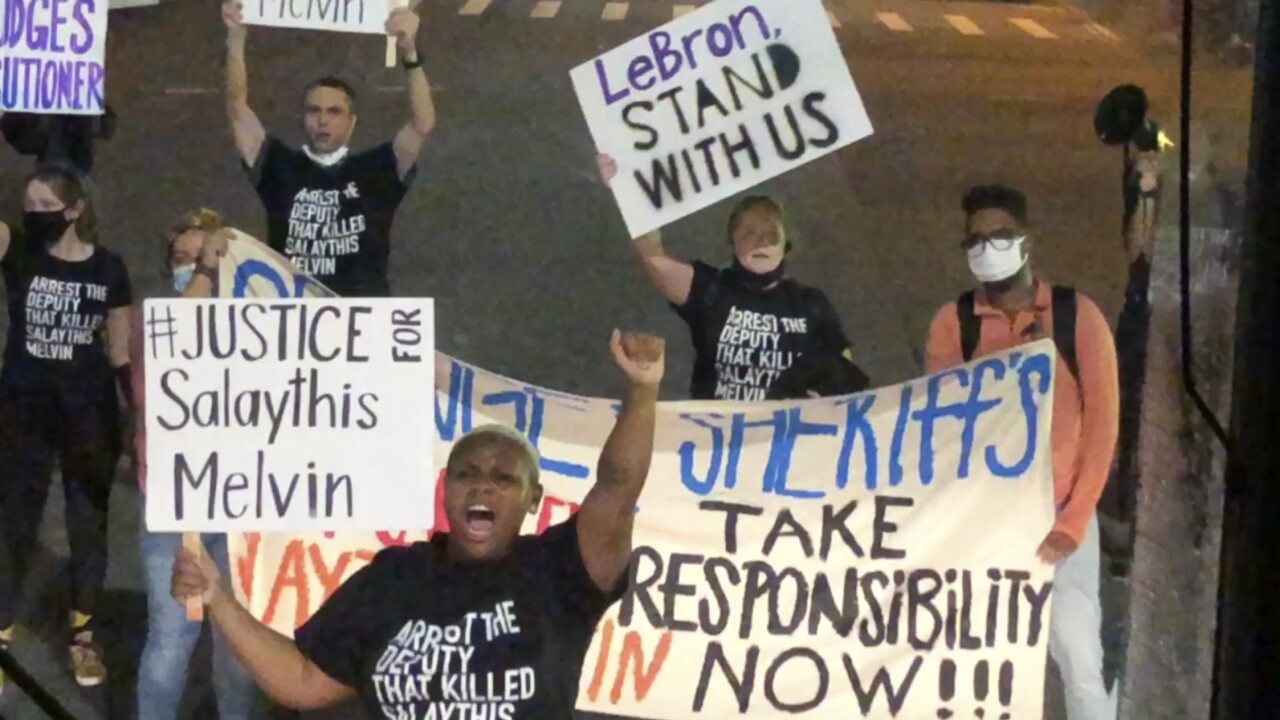 Tim Reynolds/AP
A small number of protesters of the August shooting in Central Florida of a Black man, Salaythis Melvin, hold signs and shout into megaphones, briefly blocking a bus chartered by the NBA from entering the Walt Disney World campus in Lake Buena Vista, Fla., Saturday night, Sept. 12, 2020, with the group saying it wanted LeBron James, Russell Westbrook and other top players to take notice. (AP Photo/Tim Reynolds)

After entering the Walt Disney World campus on Saturday night, the groups said they wanted LeBron James, Russell Westbrook and other top players to take notice.

The group blocked charter buses carrying members of the news media and some NBA staff, but no players or team personnel. Among their chants: “Black Lives Matter” and “LeBron can you help us?” Some also carried signs with messages such as “Russell Stand With Us.”