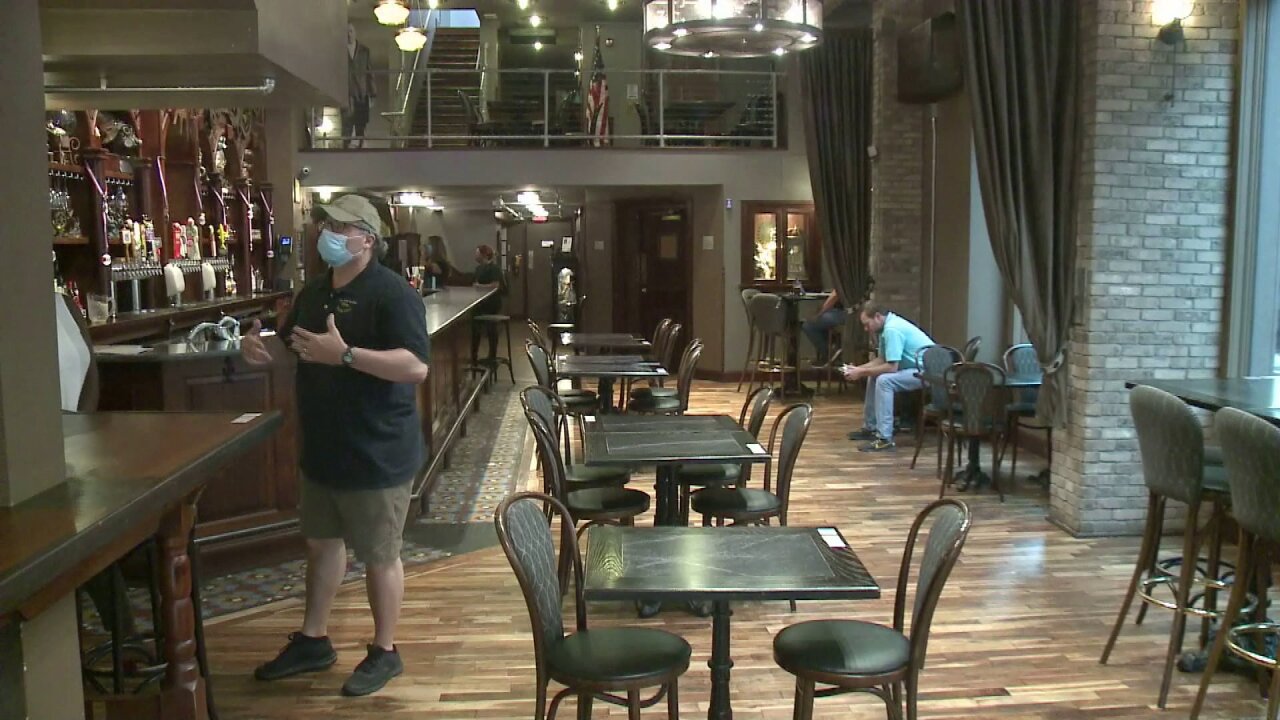 NORFOLK, Va. - Waiters can now serve more people in Phase Three, but this is only if the restaurant has space.

“Even though the capacity was lifted, the requirement by the governor still insists that you have six-foot social distancing,” said Phil Smith. He owns Brick Anchor Brew-House on Granby Street.

This means some tables and seats at his restaurant will remain in the back room.

“In a space like mine, it’s an old building. It’s very narrow, so in order to get to that six-foot distance, you’re at 50% capacity or less,” he adds.

“Nine of them said that moving into Phase Three from a capacity perspective wasn’t going to give them more seats or sales,” he adds.

This is because tables still need to be six feet apart. Smith says one thing some of the restaurants are considering is adding outdoor seating.

Even though not much has changed from Phase Two to Three when it comes to dining in Brick Anchor, the owner tells us he’s excited that he can open up his tasting room in the newest phase. This area brings in about 40% of his sales.

Smith says, “I usually have party up there five to six times a week.”

In an interview with News 3 Wednesday, Governor Ralph Northam said he will bring back tighter restrictions if coronavirus numbers spike.

“If we were to go back down to Phase One or close again, it would be a tragedy.”

A tragedy that he says restaurants can't afford to go through again.