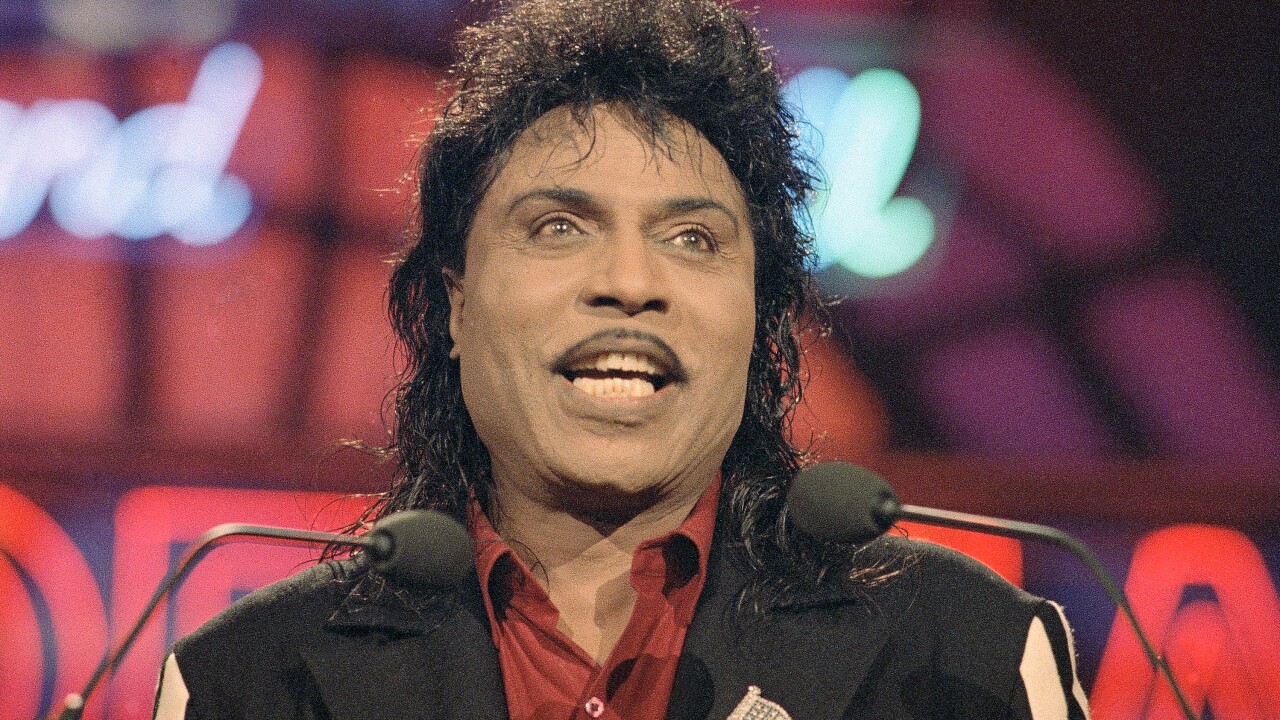 Music icon Little Richard died recently at the age of 87, according to TMZ.

TMZ reports that Richard, who had been sick for two months, died at his Tennessee home surrounded by family. The star, born in 1932, was known for rock 'n' roll hits like "Tutti-Frutti" and "Long Tall Sally."

He was inducted into the Rock 'n' Roll Hall of Fame as a member of the initial class of inductees in 1986, and was credited as an inspiration for the Beatles, who covered Richard's "Long Tall Sally" in 1964.