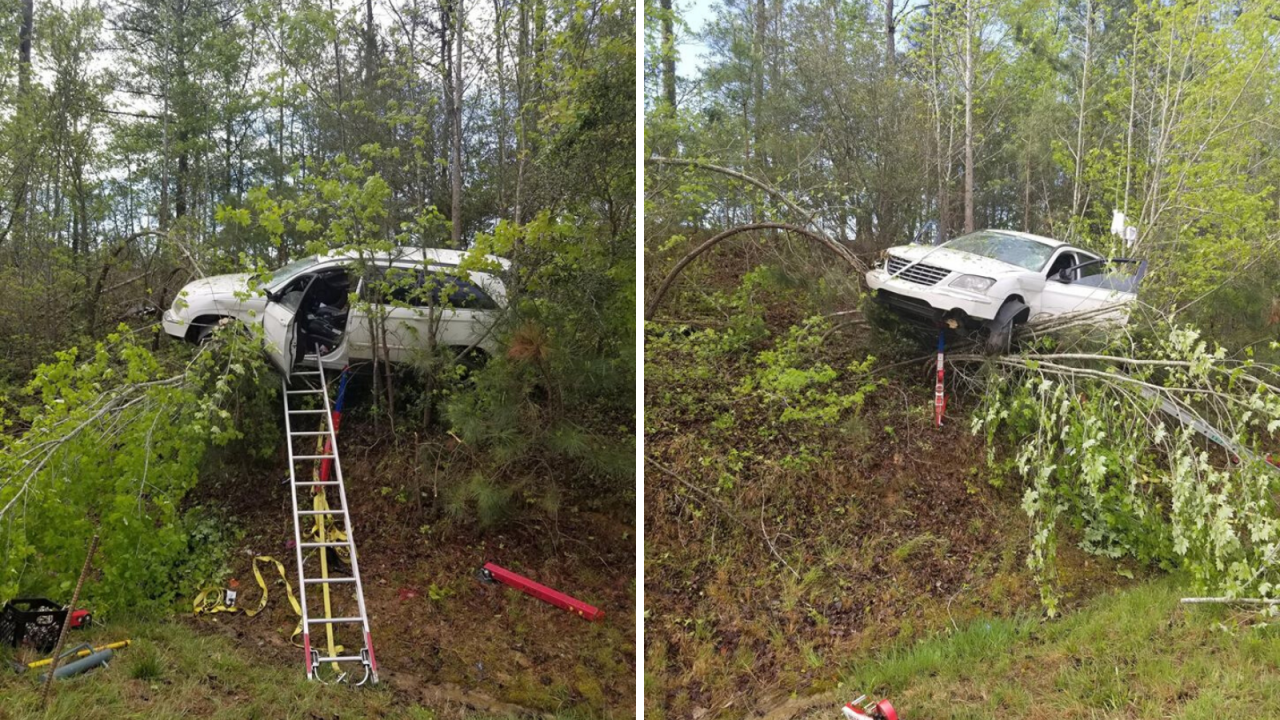 SOUTHAMPTON Co., Va. - A man wanted out of Roanoke for a shooting died at the hospital after leading deputies on a chase that ended in a crash.

Just before 9 a.m. Tuesday, a deputy with the Southampton Sheriff's Office stopped a vehicle for a traffic violation on Route 58 near Barham's Hill Road in Drewryville. The driver, who was the only person in the car, was identified, and the deputy was informed that the suspect was wanted for shooting into an occupied home in Roanoke and was considered to be armed and dangerous.

When deputies approached the vehicle to have the man step out, the suspect fled. He made it approximately one mile down the road, and as deputies were catching up, he drove through the median, crossed over both eastbound lanes and went into the woods.

Upon arriving at the scene of the crash, deputies saw that the suspect had "obvious and significant" head trauma and that he was unresponsive. Deputies assisted officials with Capron Rescue and the Courtland, Drewryville and Capron Volunteer Fire Departments with securing and stabilizing the vehicle so EMS personnel could get to the man to give him medical treatment.

Deputies believe Reynolds' head trauma was consistent with a gunshot wound and was not related to the crash. An official determination of his cause and manner of death cannot be made until the Richmond Office of the Chief Medical Examiner completes the autopsy.

After searching the vehicle, authorities found a Taurus 9mm semi-automatic pistol with an extended magazine and a 9mm shell casing that matched the ammunition in the pistol.

A preliminary administrative review has determined that the deputies involved in the incident acted appropriately and followed sheriff's office protocol in reference to the traffic stop, the information that Reynolds was wanted, the pursuit and the crash.

The sheriff’s office says it received an inquiry about this being an officer-involved shooting and says no deputies discharged any firearms during the incident.

None of the deputies who were involved were injured, nor were any civilians hurt or involved.