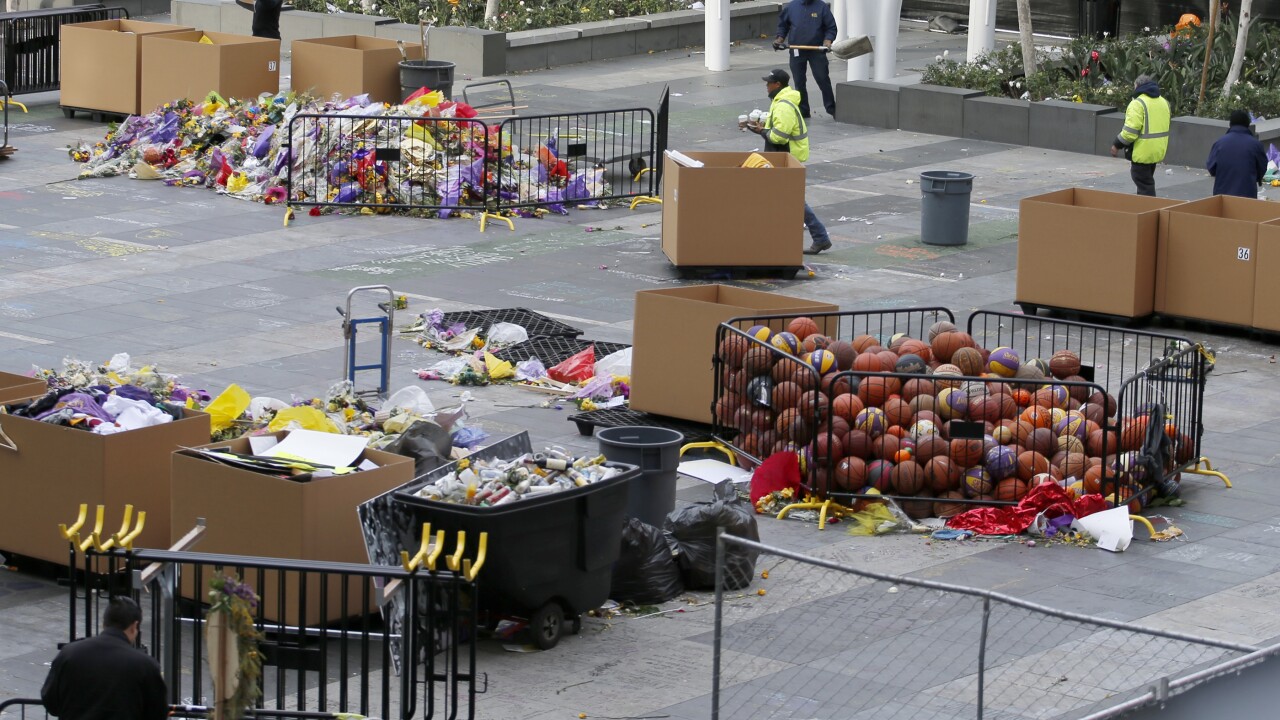 Reed Saxon/AP
Workers remove thousands of items left in honor of Kobe Bryant, including hundreds of basketballs, from X-Box Plaza across Chick Hearn Court from Staples Center, home of the Los Angeles Lakers, early Monday, Feb. 3, 2020, in Los Angeles. Mourners left the items after the death of the former Lakers legend, his daughter and seven others, in a helicopter crash one week ago. (AP Photo/Reed Saxon) 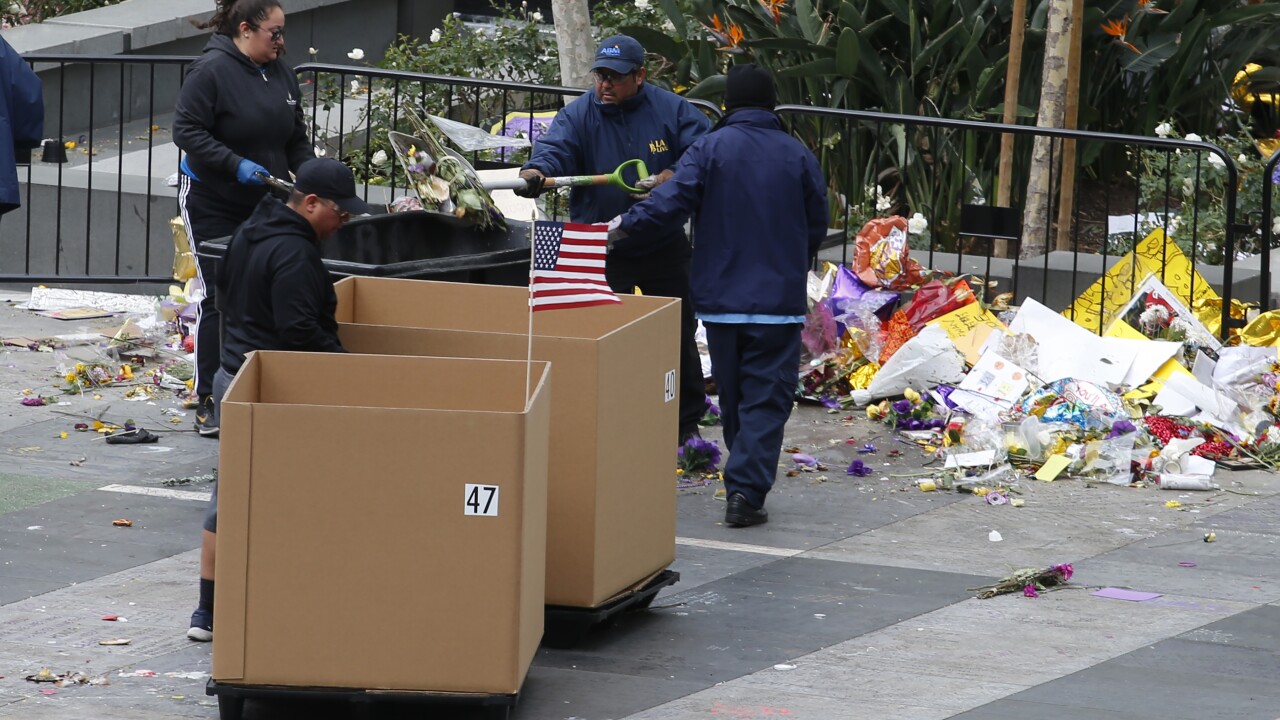 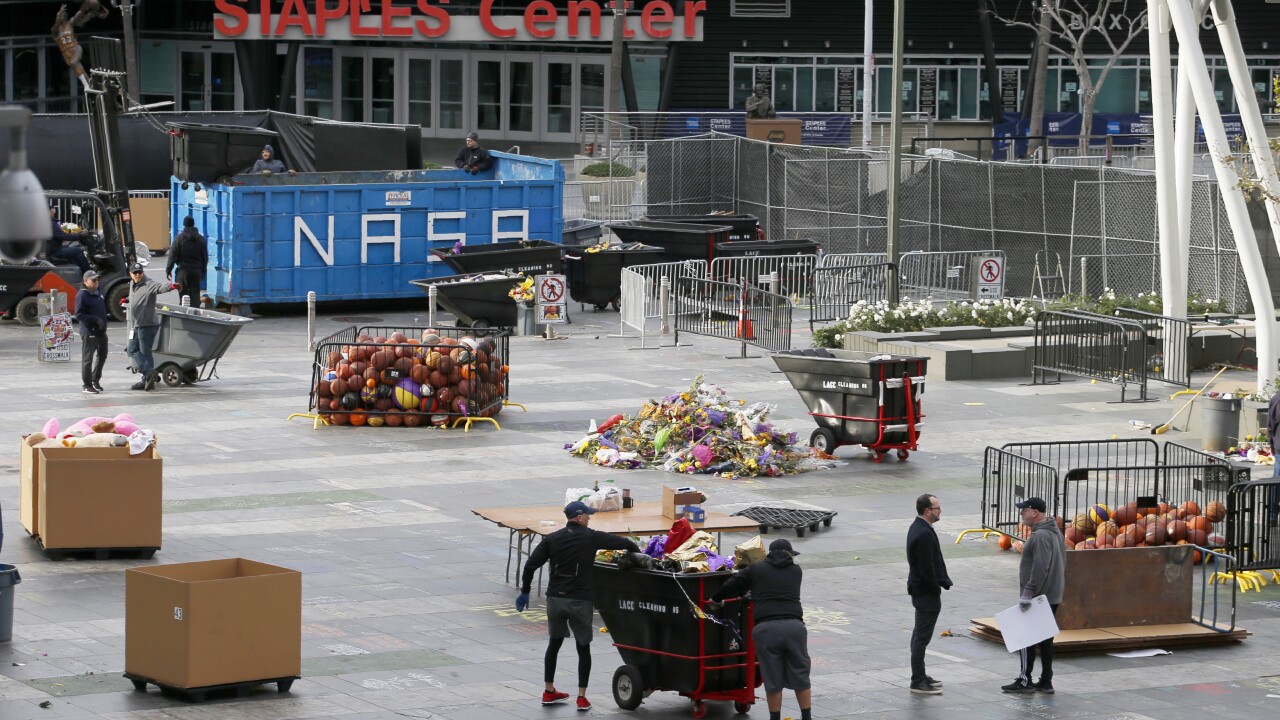 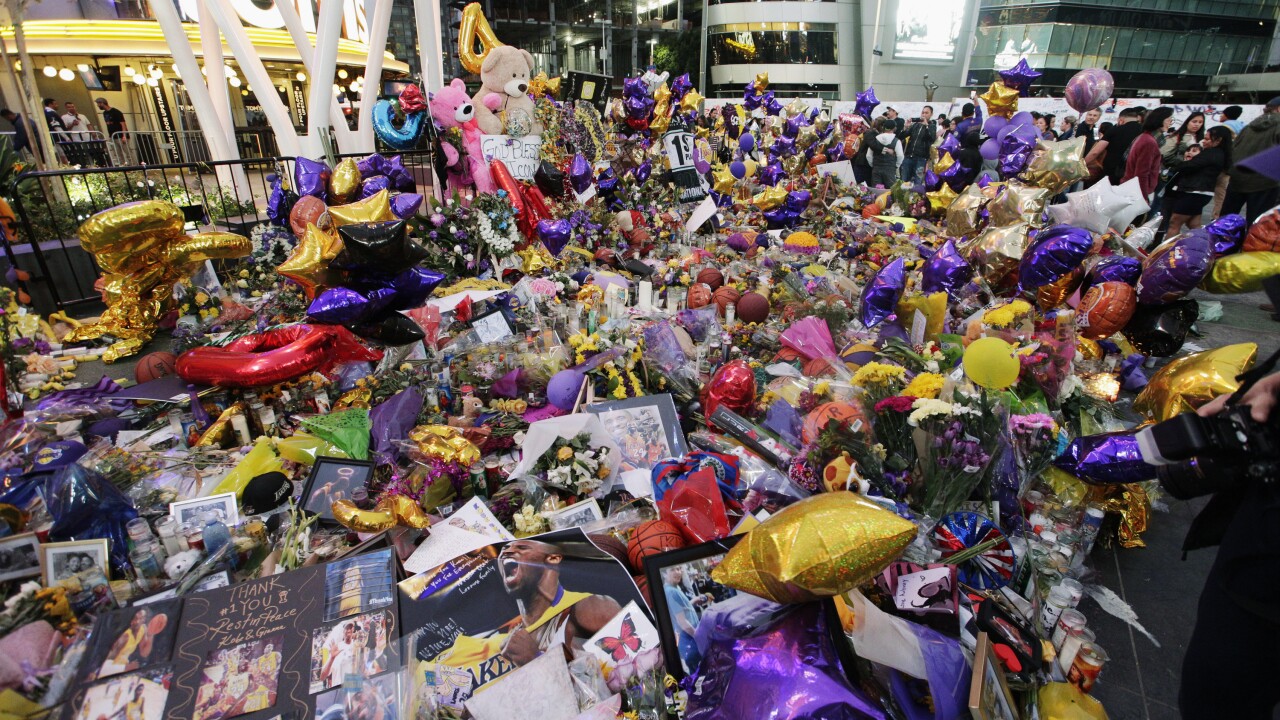 LOS ANGELES — A massive memorial created by the public outside Staples Center after the death of former Lakers superstar Kobe Bryant is being dismantled, with an official saying some of the items will go to Bryant's widow.

Staples Center President Lee Zeidman says the cleanup of flowers, balloons, jerseys, stuffed toys and other items began at 4 a.m. Monday, and more than 1,300 basketballs had been boxed up by midmorning.

Fans spontaneously began creating the memorial in a plaza outside the arena when word surfaced that Bryant, his daughter Gianna and seven other people were killed in a helicopter crash on Jan. 26, and it continued to grow for a week.