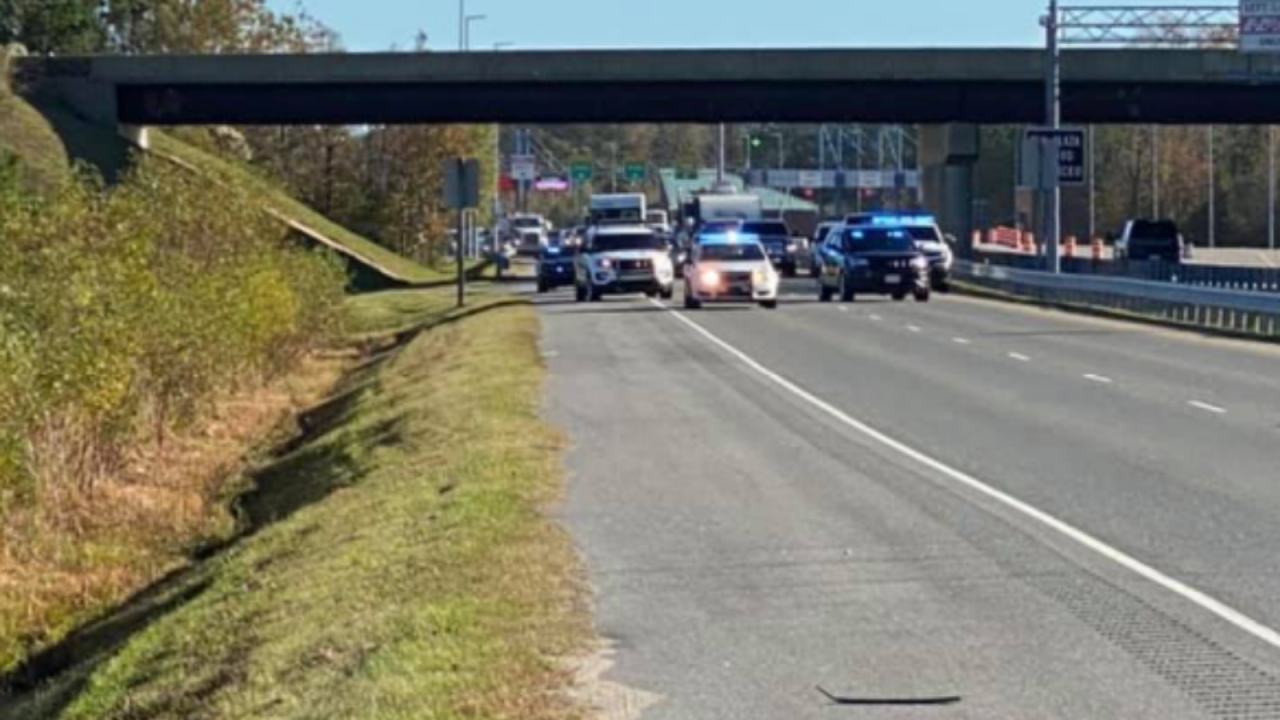 CHESAPEAKE, Va. - A suspect accused of a robbery at a grocery store in Currituck County, North Carolina, was arrested in Chesapeake Monday.

Monday morning, deputies with the Currituck County Sheriff's Office responded to a call for a robbery outside the Food Lion in Grandy. They say the suspect, who had a 9mm handgun, held someone at gunpoint and stole a laptop/tablet from the victim before fleeing in a vehicle that was stolen from Chesapeake.

Authorities found the vehicle in the Grandy area and began a chase. Once at the Mutt's and Jeff's restaurant, the suspect bailed the vehicle after firing a round into the passenger's side window.

The sheriff's office says the suspect fled into the wooded area by a rest stop. Authorities surrounded the area and canvassed the area.

The suspect then escaped to the highway and held a driver at gunpoint in order to take the driver's truck. This led to a chase that went into Chesapeake.

With the help of Chesapeake Police, Currituck County deputies were able to catch the suspect after a foot chase. The suspect, who is a male, is being detained.