The Virginia Zoo welcomes a new baby giraffe and you can help name it! 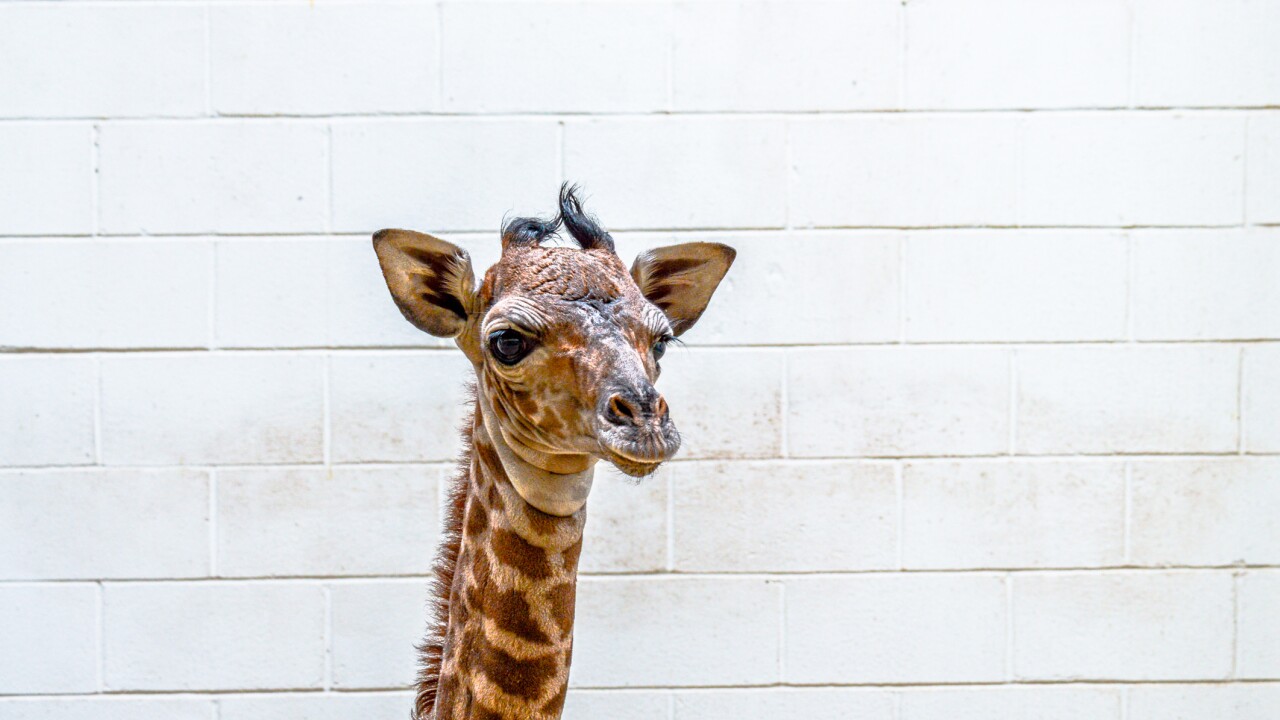 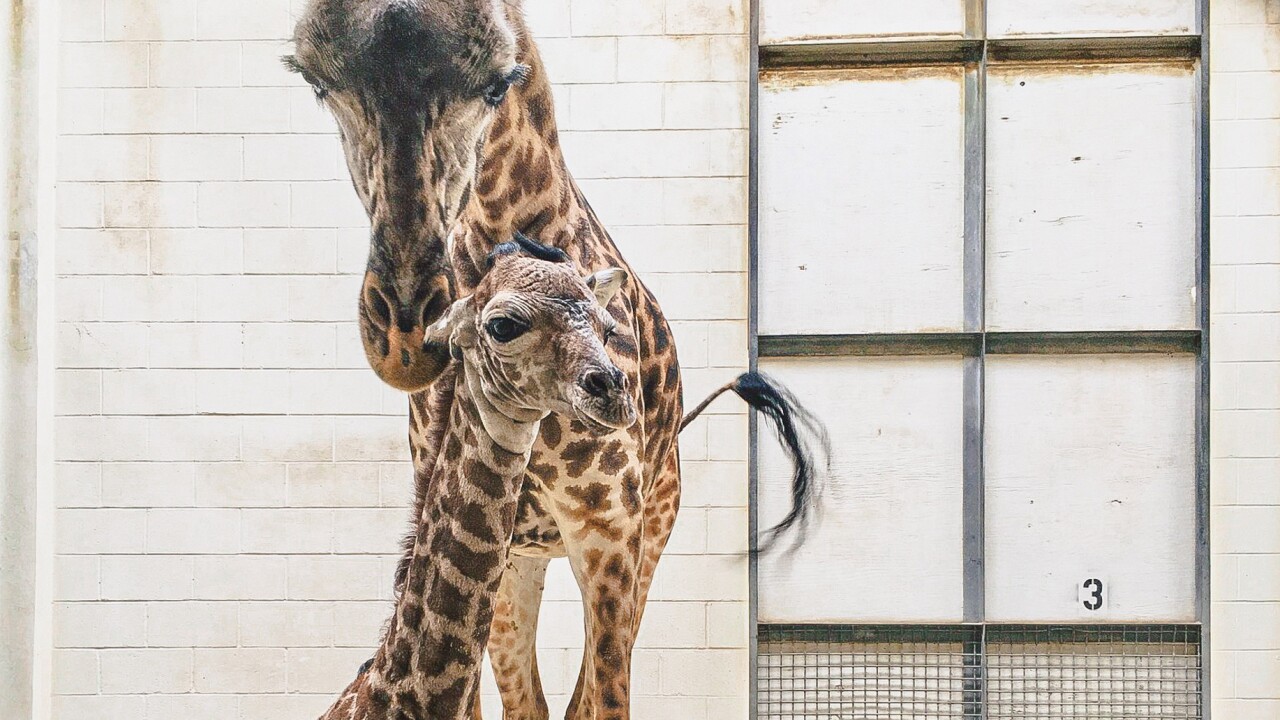 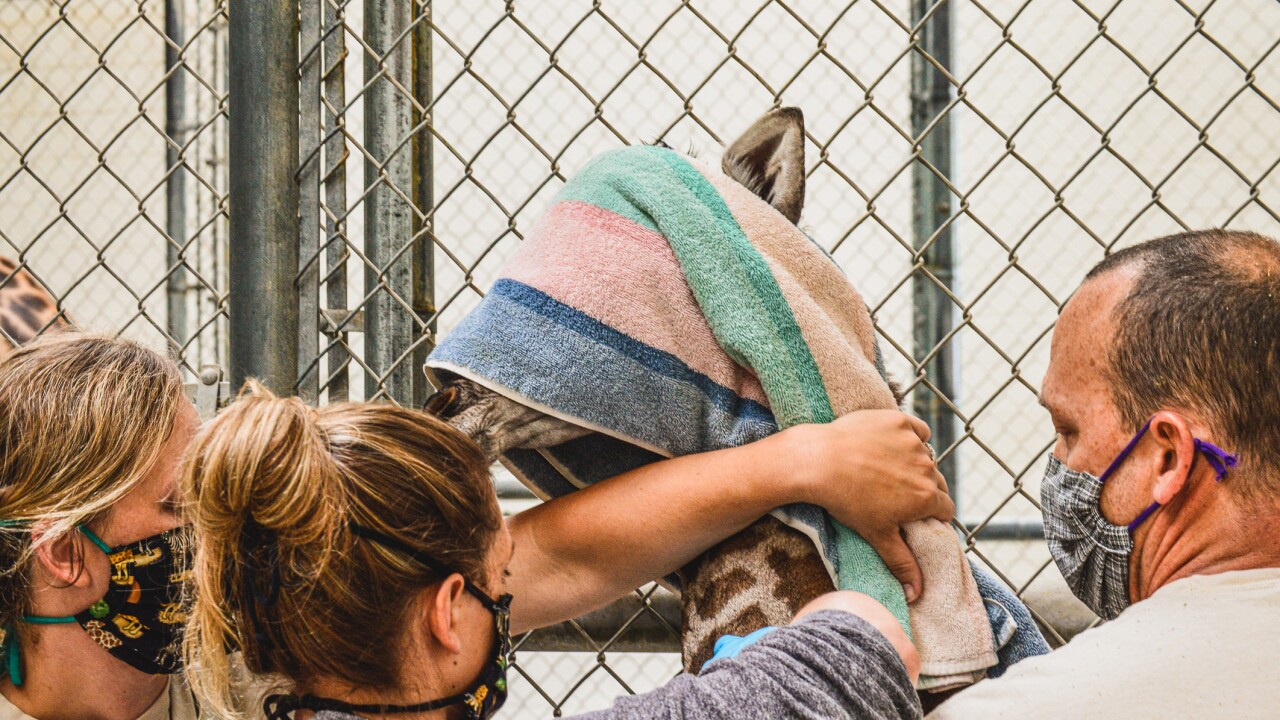 They welcomed a Masai giraffe calf on May 26. At birth, the baby weighed 146 pounds, and stood about six feet tall. Mom, Noelle, is an attentive parent and the calf is nursing regularly and the two are bonding well, The Zoo said.

The Zoo’s male giraffe, Billy, is the father.

The calf was determined to be male and is very strong. He quickly figured out how to maneuver his long legs.

The Zoo said giraffe calves stand, walk, and even run, not long after being born. This ability comes in handy for giraffe calves born in the African savannah, where potential predators could be nearby.

This birth brings the herd total to five: Imara and Kylie, the Zoo’s two other female giraffes, Billy, Noelle and her new calf. Billy is also the father to Kylie, who just celebrated her first birthday last month. The breeding of Billy and Noelle was based on a recommendation from the Association of Zoos and Aquariums’ (AZA) Species Survival Plan (SSP) for Masai giraffes. Masai giraffes are currently listed as endangered due to habitat loss and poaching, so the birth of this newest calf is especially important.

You can help support the Zoo’s operations! The Zoo is asking everyone to help name the baby giraffe.

In a fun naming contest, anyone can submit a name suggestion for just $5. The names will then be narrowed down to eight options by Zoo staff and Billy, the calf’s father, will choose the final name!

How will a giraffe pick the name? The Zoo will reveal this during a Virtual Voyage on June 9.

Name entries will be accepted from today, June 1 to June 7, via the Zoo’s website. Click here to submit a name!

The top five names will be announced on June 8. Proceeds from the auction will benefit the Zoo’s Emergency Operating Fund.