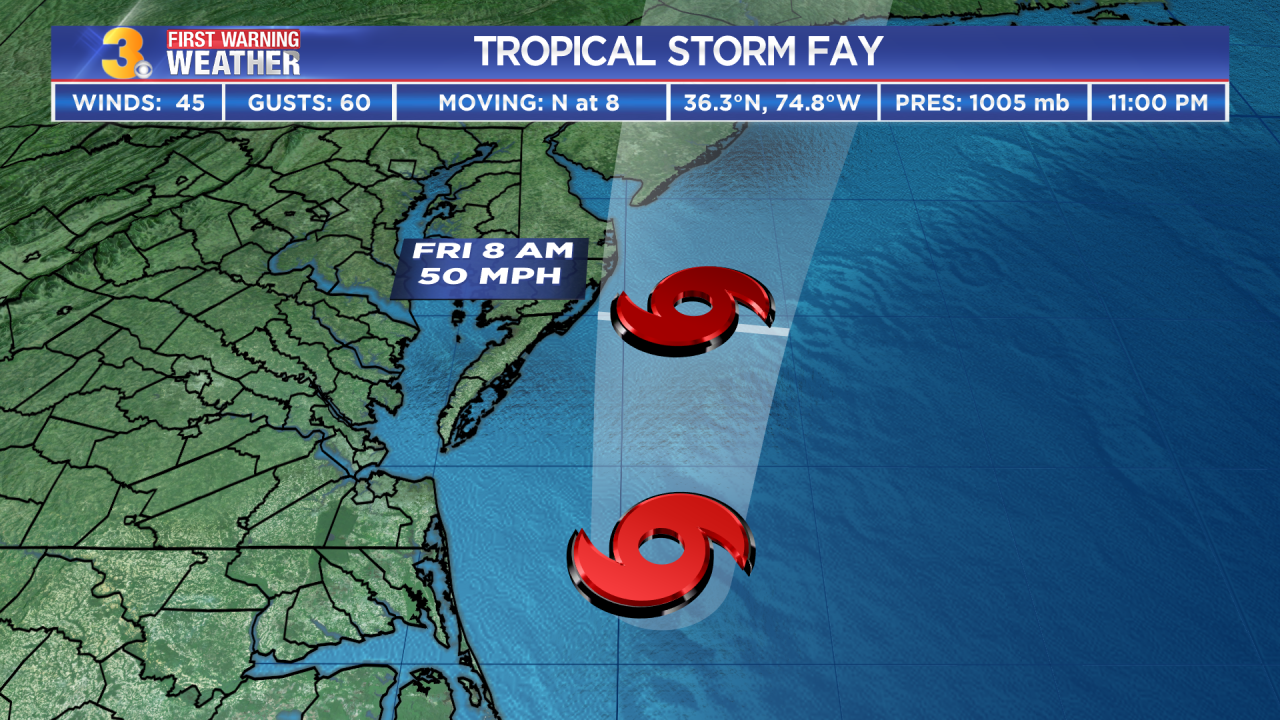 As of 11 p.m. Friday, Tropical Storm Fay has strengthened slightly as it continues to move north and away from our coast. It is 15 miles NW of New York City.

Fay is moving toward the north near 17 mph. A northward to north-northeastward motion at a faster forward speed is expected tonight and Saturday.

On the forecast track, the center of Fay will move across portions of southeastern New York tonight, then across western New England into southeastern Canada on Saturday.

Maximum sustained winds have decreased to near 40 mph with higher gusts. Additional weakening is expected as Fay moves further inland, and the system is expected to become a post- tropical low on Saturday and dissipate on Sunday.