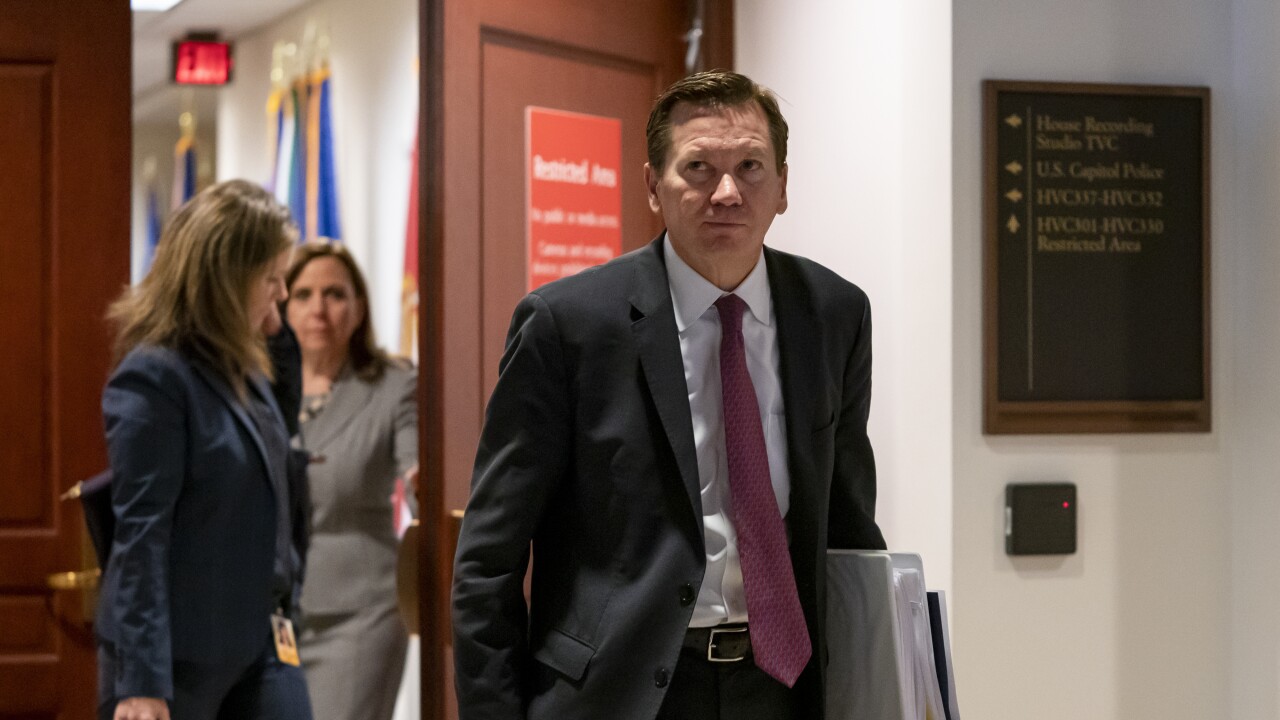 J. Scott Applewhite/AP
Michael Atkinson, the inspector general of the intelligence community, leaves a secure area in the Capitol after a day of questions about the whistleblower complaint that exposed a July phone call the president had with Ukrainian President Volodymyr Zelenskiy in which Trump pressed for an investigation of Democratic political rival Joe Biden and his family, at the Capitol in Washington, Friday, Oct. 4, 2019. (AP Photo/J. Scott Applewhite)

WASHINGTON (AP) — President Donald Trump has fired Michael Atkinson, the inspector general for the intelligence community who handled the whistleblower complaint that triggered his impeachment.

Trump informed the Senate intelligence committee Friday of his decision to fire Atkinson, according to a letter obtained by The Associated Press.

Trump said in the letter that it is “vital” that he has confidence in the appointees serving as inspectors general, and “that is no longer the case with regard to this inspector general.”

Atkinson was the first to inform Congress about an anonymous whistleblower complaint last year that described Trump’s pressure on Ukraine to investigate Democrat Joe Biden and his son.