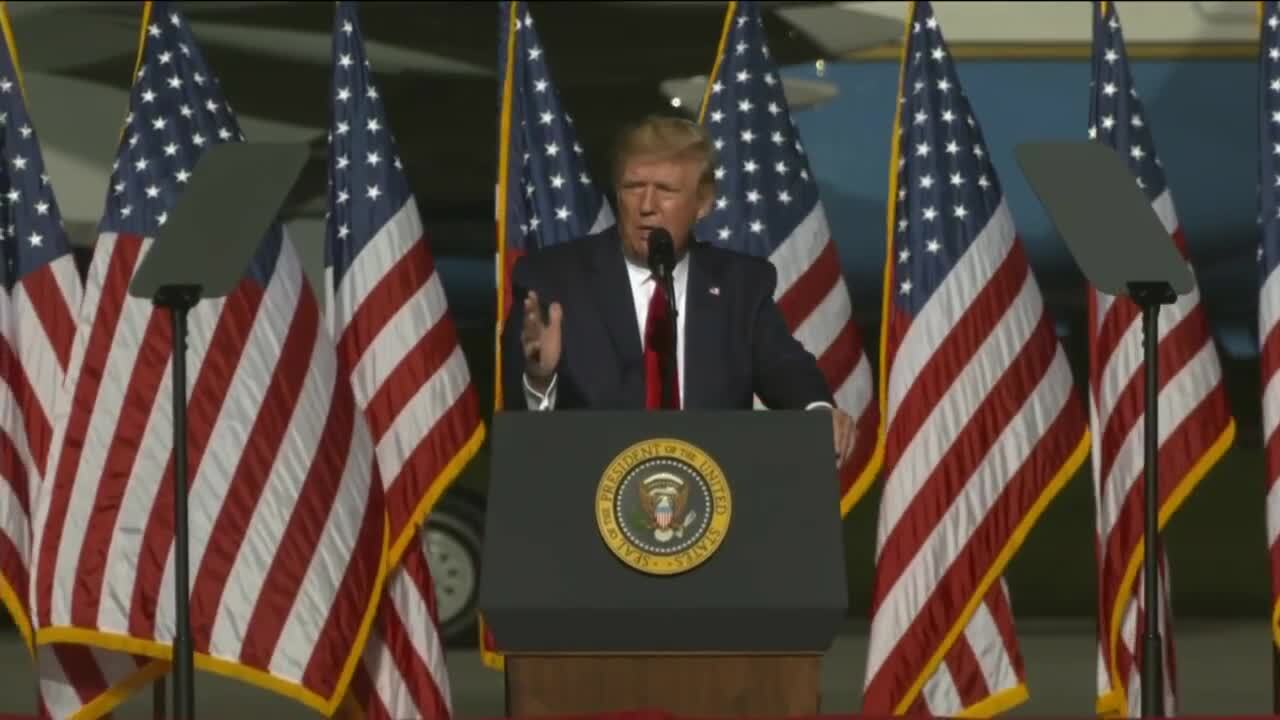 NEWPORT NEWS, Va. - President Donald Trump will expand the moratorium on an offshore drilling ban to the coasts of Virginia and North Carolina.

He made the announcement during his "Make America Great Again" campaign rally at the Newport News/Williamsburg International Airport Friday night.

"About a month ago I signed an order prohibiting offshore drilling on the Florida, Georgia and South Carolina coasts. And because I happen to like the state a lot, I said, 'What about Virginia? What about North Carolina?'" the president said. "So, I'm extending the moratorium to North Carolina and Virginia."

Trump then added, “If you want to have oil rigs out there, just let me know, we’ll take it off.”

Earlier this week, Virginia Senators Mark Warner and Tim Kaine, along with U.S. Reps. Bobby Scott, Gerry Connolly, Don Beyer, A. Donald McEachin, Elaine Luria, Abigail Spanberger and Jennifer Wexton (all D-VA), wrote a letter to President Trump requesting that he extend a moratorium on offshore oil and gas drilling to the Commonwealth.

The letter came after the President’s decision to exempt Florida, Georgia and South Carolina from his administration’s plan to open more than 90% of the Outer Continental Shelf to oil and gas leasing, according to a release from Warner's office. This, despite requests for an exemption from Virginia Gov. Ralph Northam, members of Virginia’s Congressional Delegation and Virginia’s coastal communities, whose industries would be severely impacted by the proposal, Warner's office said.

“In Virginia, more than 20 communities have officially voiced their opposition to offshore drilling, including the Commonwealth’s most populous cities, Virginia Beach and Norfolk. In addition, Virginia’s General Assembly passed a law earlier this year that would prohibit oil and gas drilling and related infrastructure in Virginia waters,” the lawmakers wrote. “Offshore oil and gas drilling threatens the Commonwealth’s economy, natural resources, and military assets. Virginia’s coastal communities rely predominantly on industries that would be affected by your proposal including tourism, recreation, commercial fishing, aquaculture, and deepwater port commerce. Further, the Department of Defense’s analysis has shown that oil and gas leasing off the coast of Virginia could potentially disrupt military operations, training, and testing activities critical to the U.S. military’s readiness and our national security.”

The lawmakers urged Trump to take the concerns from Virginia coastal communities just as seriously as those in Florida, Georgia and South Carolina.