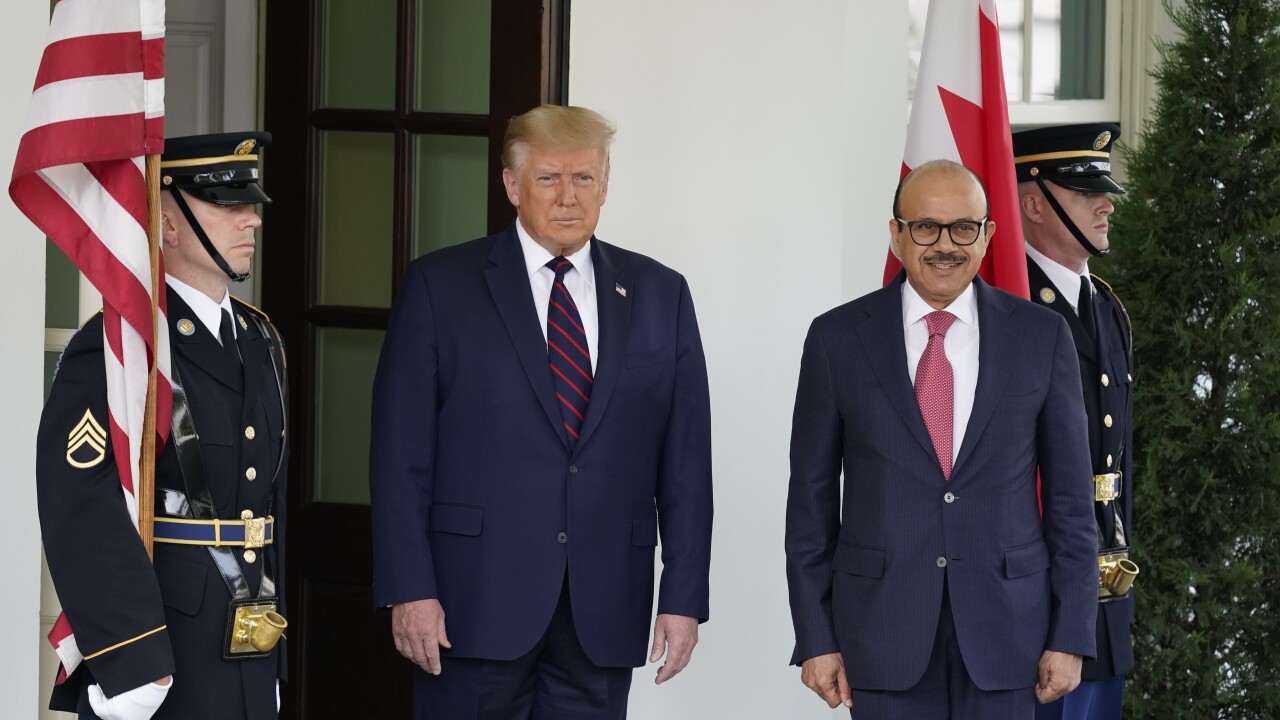 WASHINGTON - President Donald Trump is set to preside over the signing of historic diplomatic deals between Israel and two Gulf Arab nations that could herald a dramatic shift in Middle East power dynamics.

The Tuesday ceremony at the White House is aimed at showcasing presidential statesmanship ahead of November's election.

The agreements will formalize the normalization of the Jewish state's already warming relations with the two countries — and may pave the way for a broader Arab-Israeli rapprochement after decades of enmity.