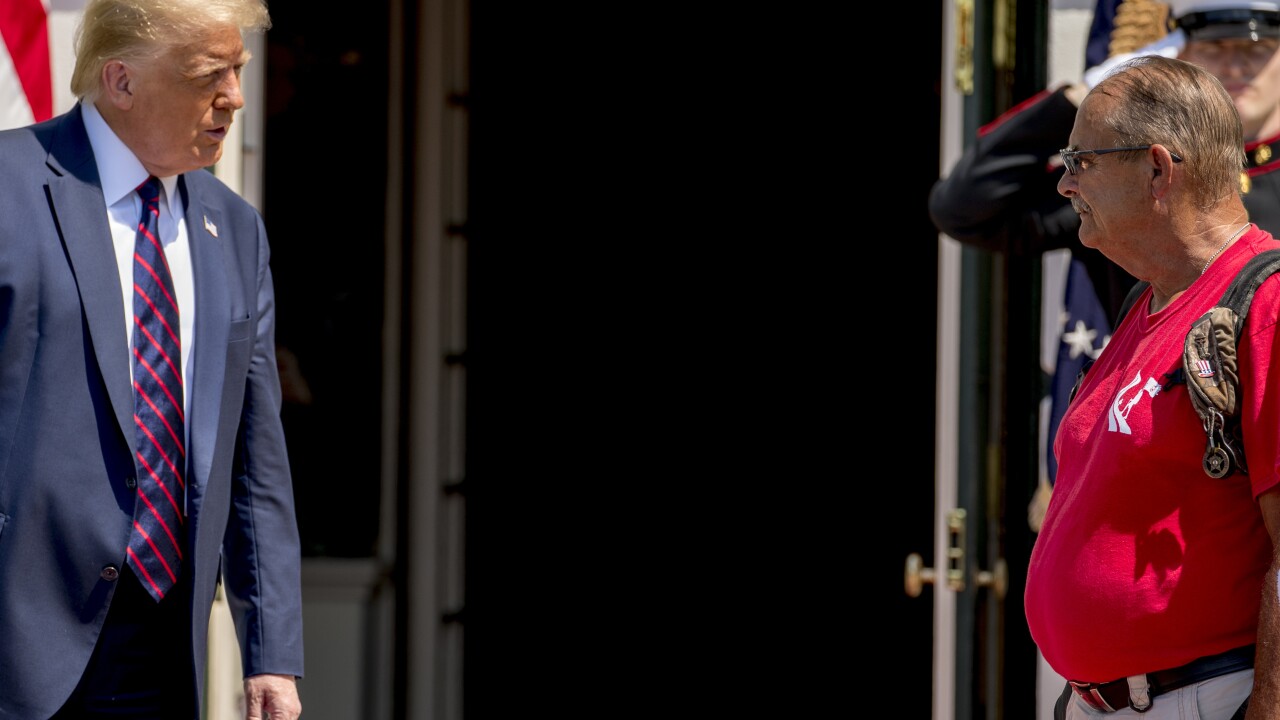 Andrew Harnik/AP
President Donald Trump speaks with Terry Sharpe, known as the "Walking Marine" as he arrives to the South Lawn of the White House in Washington, Monday, July 27, 2020. Sharpe has walked from Summerfield, N.C., to Washington to raise awareness of the current veteran suicide rate. (AP Photo/Andrew Harnik)

WASHINGTON (AP) — President Donald Trump has welcomed a Marine veteran to the White House as he completed his 300-mile walk to the nation’s capital to raise awareness about the problem of veteran suicide.

Terry Sharpe was met at the Washington Monument by Karen Pence, the wife of Vice President Mike Pence, for the final leg of his journey from Summerfield, North Carolina, to the White House grounds.

There, he was greeted by Trump, Veterans Affairs Secretary Robert Wilkie and the U.S. Marine Band.

Sharpe is 69 years old and makes the annual walk to Washington to spotlight the high rate of suicide among the nation’s military veterans.