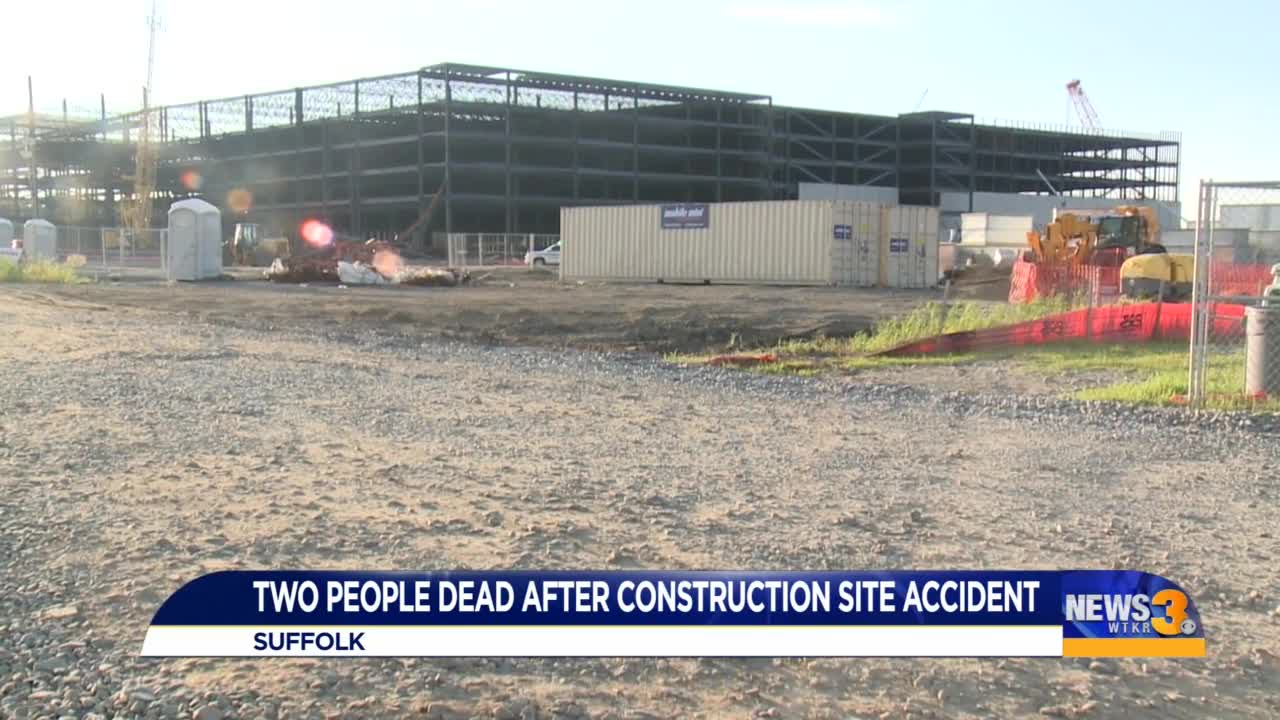 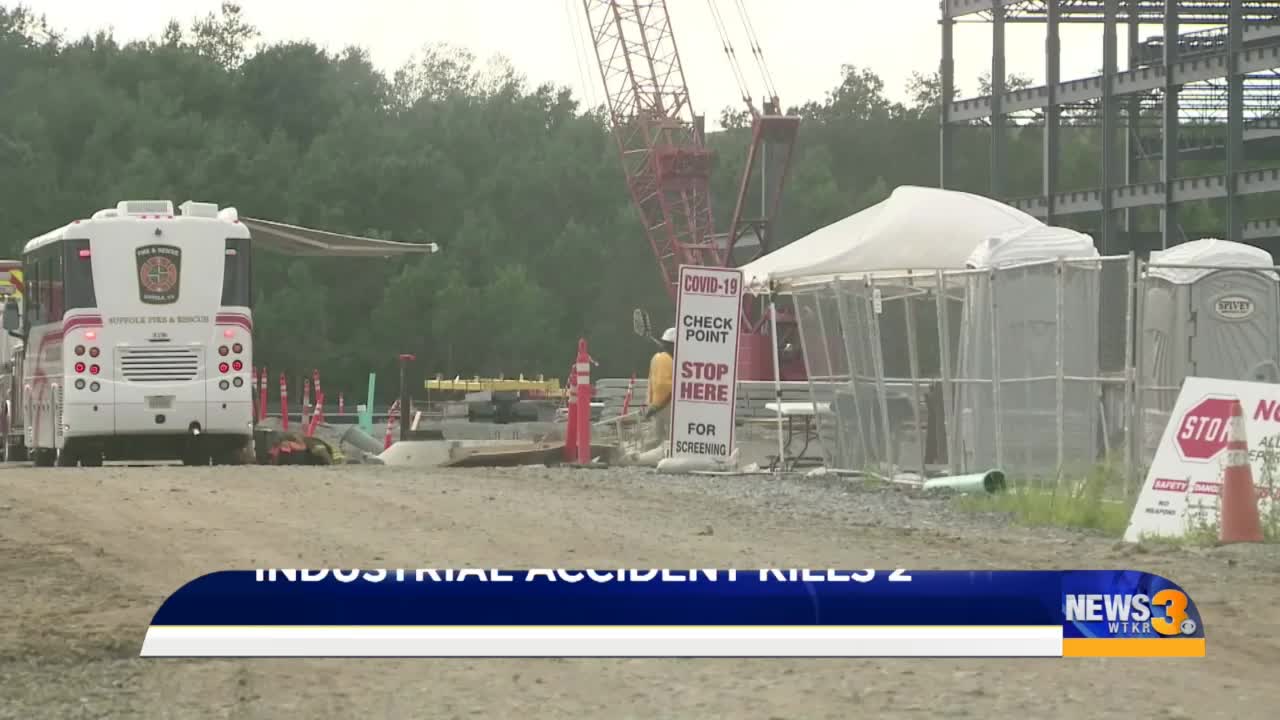 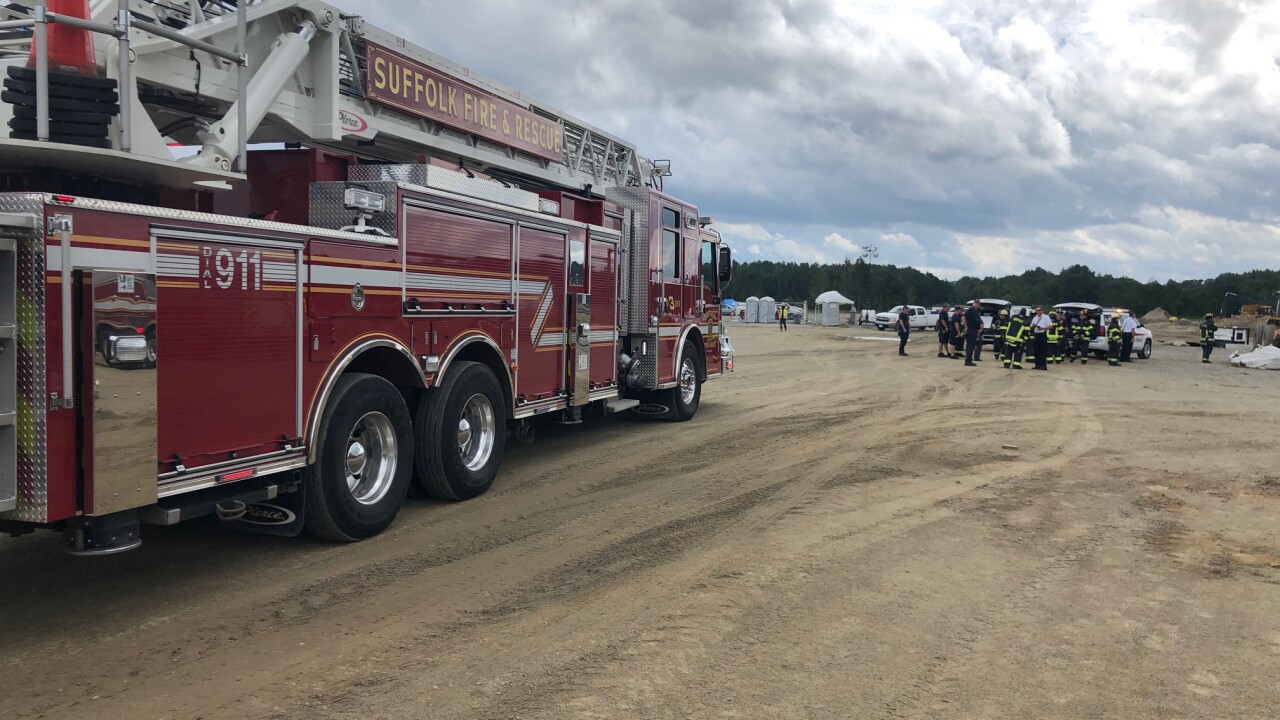 According to officials, the accident took place at 2020 Northgate Commerce Parkway around 2:13 p.m. The location is a construction site for new Amazon building.

City spokesperson Tim Kelley confirmed two workers died on the job. On September 4 they were identified as Salvador Jovel Serrano, age 32, of the Republic of Honduras and Jose Roberto Cuevas-Macias, age 34, of Mexico.

"Certainly, it’s an incident where two people lost their lives," said Kelley, the assistant director of media and community relations with the City of Suffolk. "It’s a somber scene no matter what the circumstances are."

Initially, Kelley said some workers were unaccounted for and a search and rescue effort was soon underway.

"Chesapeake and Virginia Beach as usual stepped up to help us with the operation here to make sure we have the equipment and the people there to do the job that needed to get done," Kelley said.

State officials from OSHA were also on scene to find out exactly what may have gone wrong and what led up to the deaths.

A contractor with The Conlan Company told News 3 they were unable to comment due to the pending investigation.

Officials say operations are now shut down until a private engineer can ensure safety. No word yet on when construction will pick back up.

No further details have been released and the incident is still under investigation.