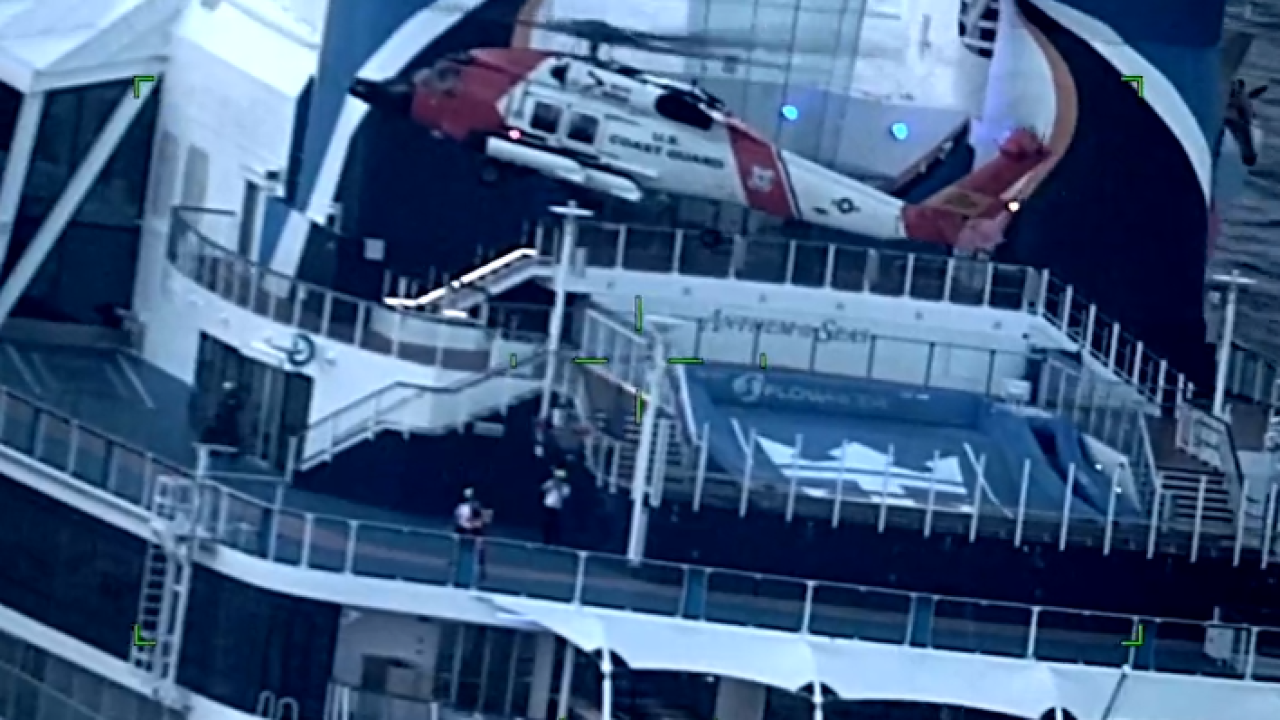 ELIZABETH CITY, N.C. - The United States Coast Guard medevaced a man from a cruise ship off the coast of North Carolina Friday afternoon.

An MH-60 Jayhawk helicopter was launched from Air Station Elizabeth City to assist, and when the aircrew arrived on scene the man and a nurse were hoisted up and transported to New Hanover Regional Medical Center in Wilmington.

“The crew of the Anthem of the Seas had a textbook response to the situation,” said Chief Petty Officer Ryan Langley, command duty officer during the case. “They contacted us as soon as possible and diverted to facilitate a faster and more efficient rescue.”