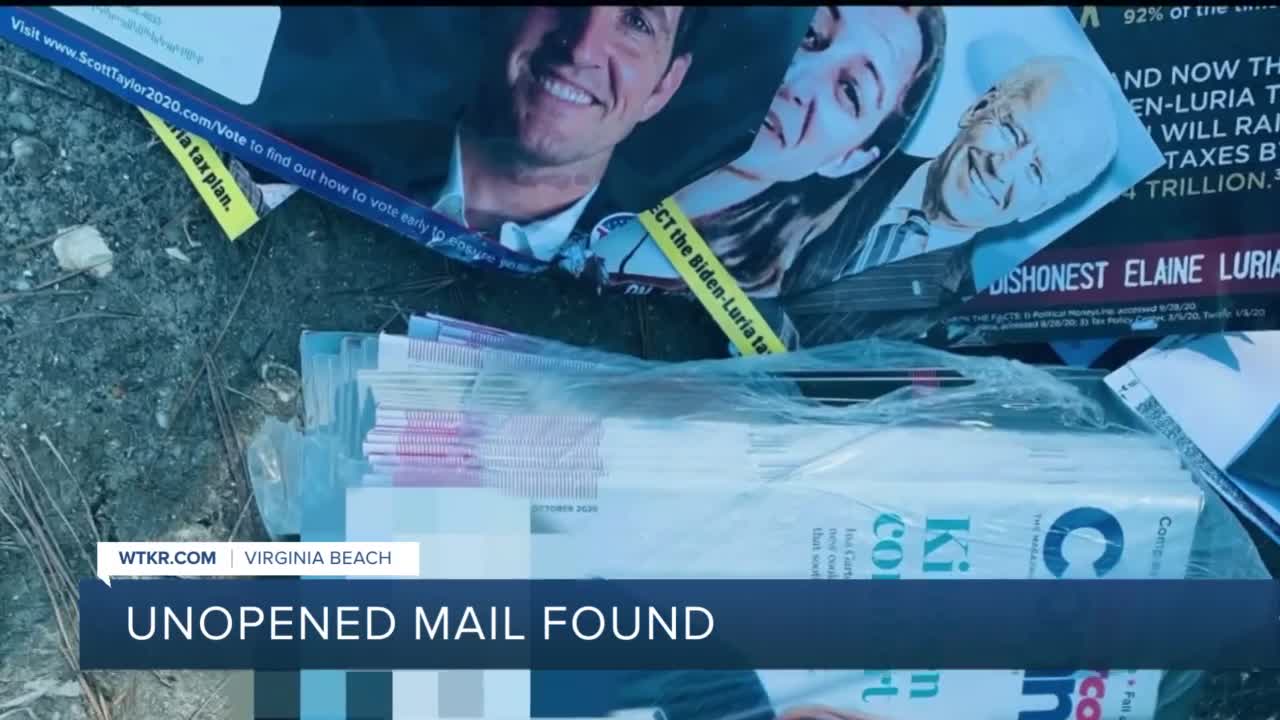 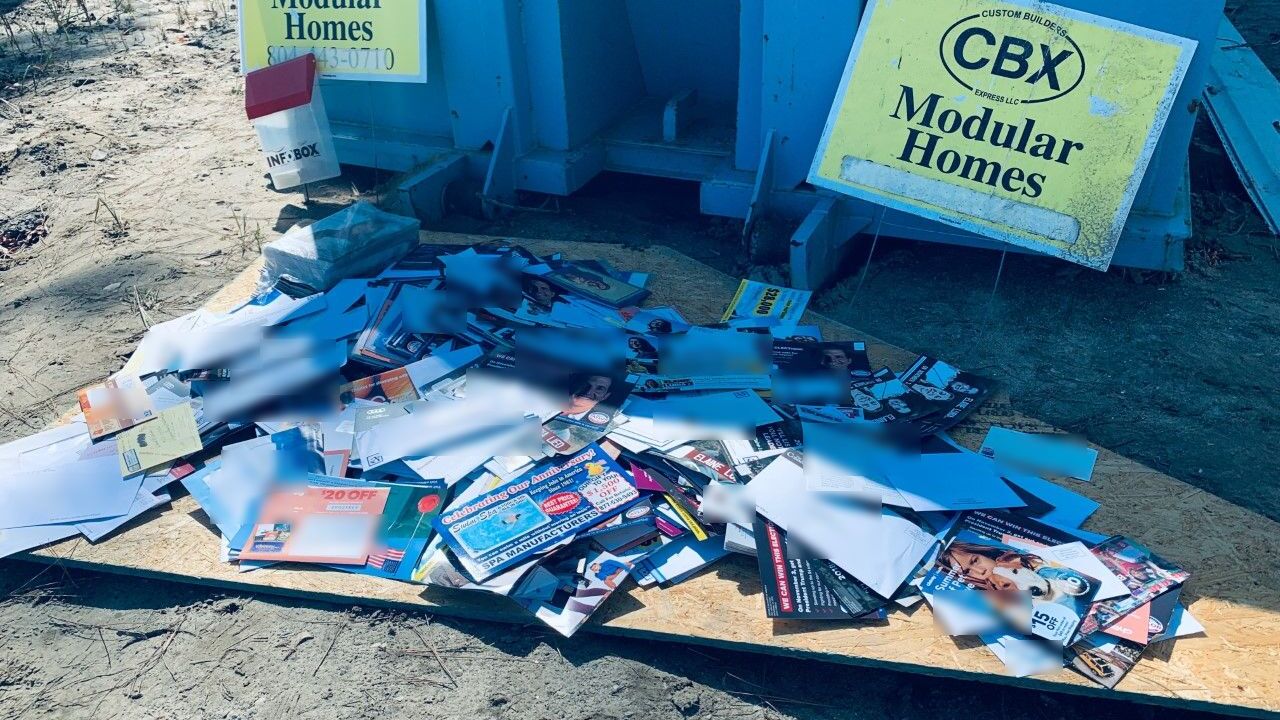 VIRGINIA BEACH, Va. - Police in Virginia Beach are investigating after undelivered mail was found in a dumpster Thursday afternoon.

According to police, a citizen called in the report at 1:34 p.m. for the mail, which was found in the 3200 block of Colechester Road. Witnesses said at least 80 pounds of mail were in the dumpster.

According to the United States Postal Service, no election ballots were in the mail, but some advertisement election mail was included. Most of the mail was ad mail, the USPS said.

All of the mail will be categorized and redistributed.

The USPS also said it will speak to a person of interest in this investigation Friday.