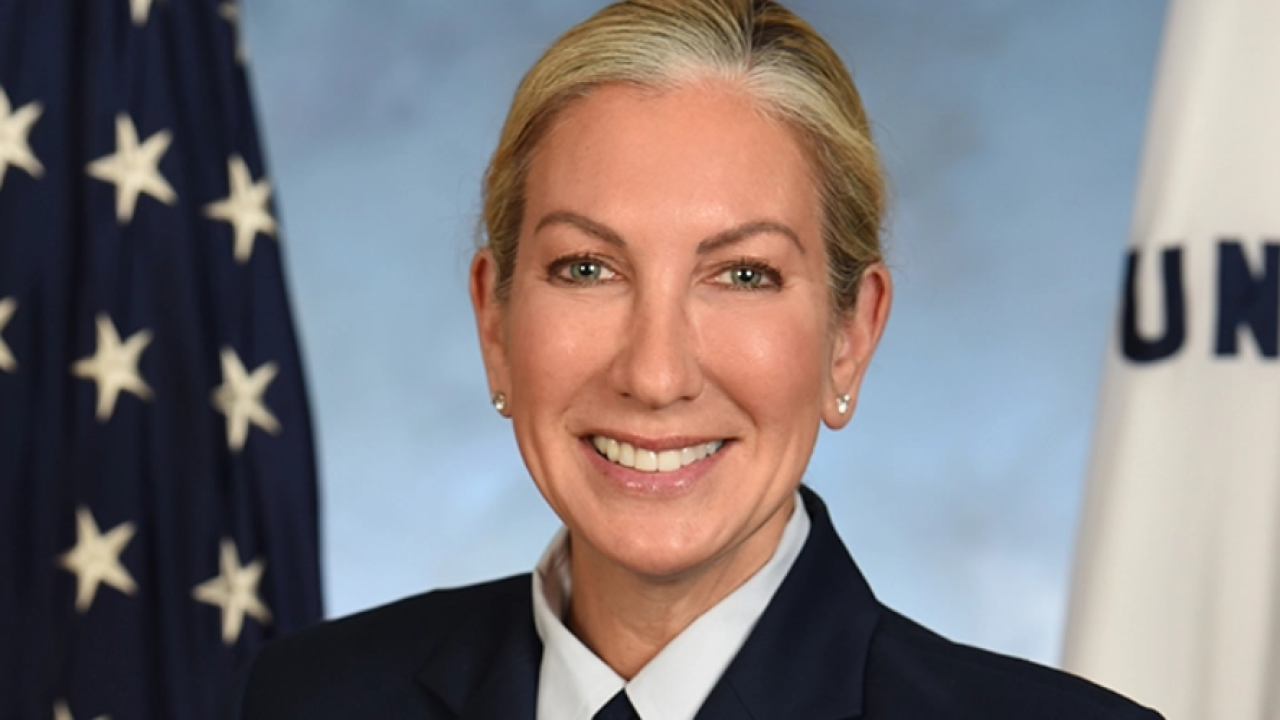 NORFOLK, Va. - The Coast Guard promoted Rear Adm. Melissa Bert to judge advocate general and chief counsel on Friday - she is the service’s first woman to hold that office.

Officials say that Bert was most recently the director of Governmental and Public Affairs for the Coast Guard, where she was responsible for external engagement with Congress, the media and other inter-governmental entities.

As judge advocate general and chief counsel, Bert will lead a group of legal professionals who are responsible for the delivery of all legal services in support of the Coast Guard's missions, its units and its people.

Bert has served as the Coast Guard’s Seventh District chief of staff and as chief of the Maritime and International Law Office, supporting U.S. engagement with the International Maritime Organization and providing legal advice on a variety of policies, including the Law of the Sea, drug and migrant interdiction, homeland security, Arctic policy and environmental protection. She also served as commander of Coast Guard Sector Juneau and captain of the port for southeastern Alaska.

She is a graduate of the Coast Guard Academy and The George Washington University Law School and was a national security fellow at the Harvard Kennedy School and a military fellow with the Council on Foreign Relations in New York.

Bert has taught as an adjunct professor at George Washington University and the University of Miami Law School. Her honors include the United Way American Values Award, the Joint Superior Service medal, two Legions of Merit and three Meritorious Service Medals. She was awarded the Young Military Lawyer of the Year for the Coast Guard by the American Bar Association in 1997 and the Judge Advocates Association Outstanding Career Armed Services Attorney Award in 2006. Bert is a life member of the Council on Foreign Relations and a Proctor in Admiralty in the United States Maritime Law Association.