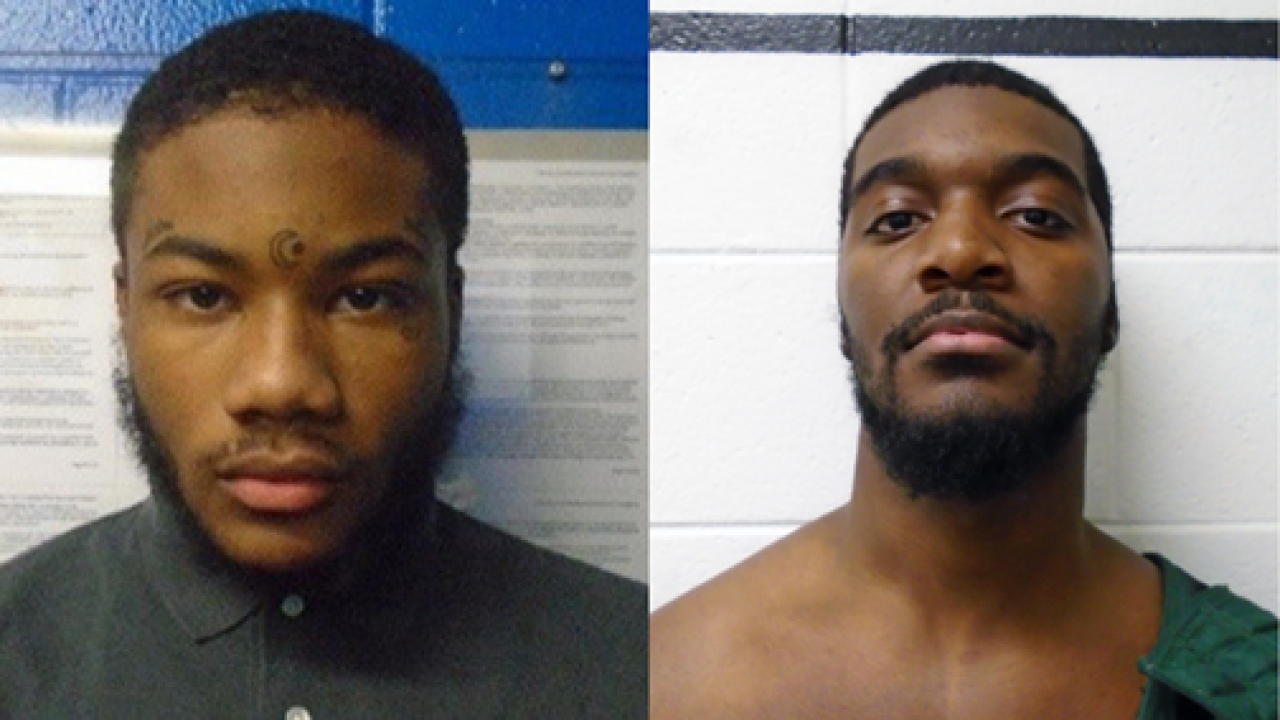 The U.S. Marshals Service is asking for the public’s assistance in finding two violent felons who escaped from the Bon Air Juvenile Correctional Center in Chesterfield County, Virginia.

On Monday, July 13, Marshals say Rashad E. Williams and Jabar Ali Taylor assaulted a correctional officer and fled through a hole cut in a perimeter fence. A getaway vehicle was staged outside of the detention center.

The two fugitives, one of whom has been convicted of two homicides, are believed to have traveled north after the escape. They are believed to be together but may have separated.

“The danger posed by these fugitives and their escape should not be taken lightly by anyone,” said Nick E. Proffitt, U.S. Marshal for the Eastern District of Virginia. “The fugitives went to great lengths to affect the escape, and they pose a significant threat to any law enforcement officer or member of the public who may encounter them.”

Williams, 18, was convicted of malicious wounding and robbery. He stands 5 feet 7 inches and weighs approximately 140 pounds.

A $5,000 reward is offered for information on the fugitives' whereabouts.