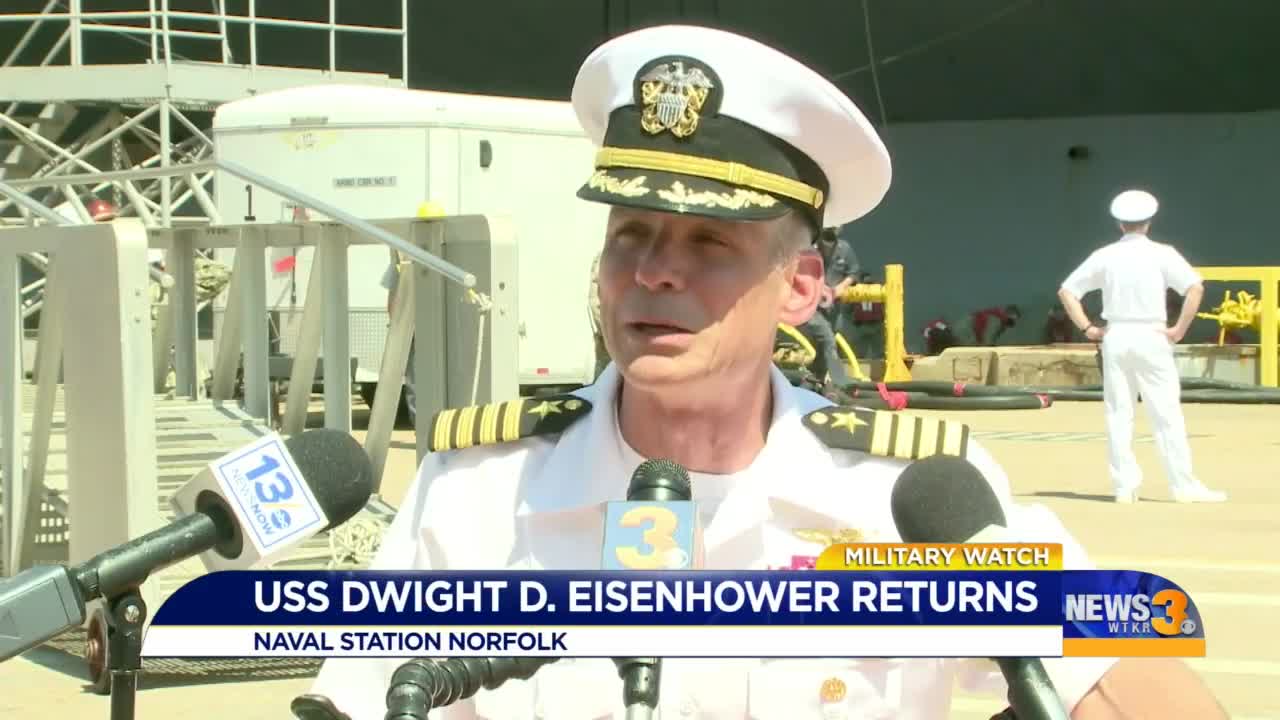 NORFOLK, Va. -- The sailors from the Dwight D. Eisenhower came back home on Sunday after seven months at sea, but are also coming back to the new reality imposed by the coronavirus pandemic.

The more-than 5,000 sailors were all smiles cheers, with bags in hands, making their way to their friends and families.

"We've sailed 60,000 miles, flown thousands of hours, we've operated an exercise in the Atlantic, in the Mediterranean, and the Middle East,” McLane explained.

They left Norfolk in January for final training before deploying overseas.

"I can't tell you how proud I am of the things they've accomplished,” Capt. Kyle Higgins, the ships commanding officer, said. “Their strength, their fortitude, and the ability to keep a smile on their face."

The sailors also had on something extra – face masks.

"It's very strange. I don't think it's quite sunk in yet,” Higgins said. “It'll finally sink in when everybody gets out of the pier."

The commanding officer said COVID-19 had little impact on operations.

"We stopped all cargo movements to the ship, we stopped all people coming onto the ship,” Higgins explained. “We accepted very, very few people throughout the course of this deployment."

As to when they will deploy again, Higgins said "soon."

"And they are the most resilient crew I've ever seen in 29 years of doing this,” Higgins said.

Also back is the USS San Jacinto. As for the USS Vella Gulf, James E. Williams, and the Truxtun, those ships are scheduled to return on Monday.