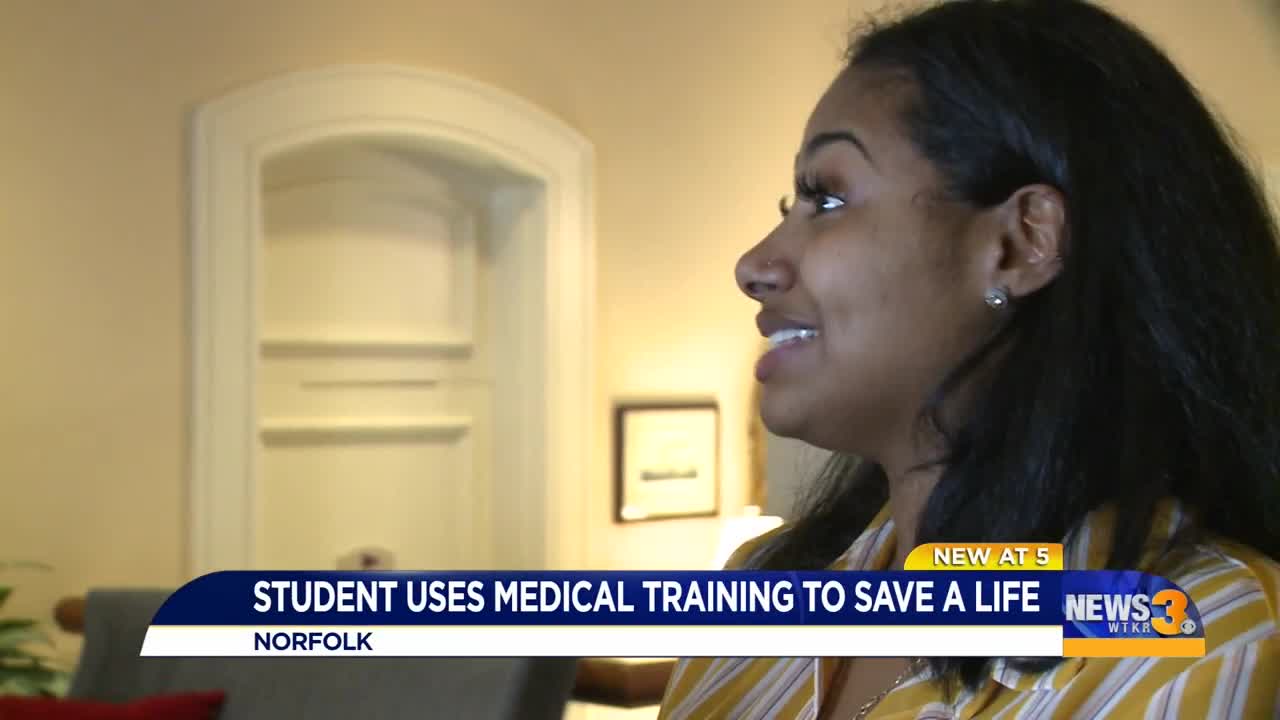 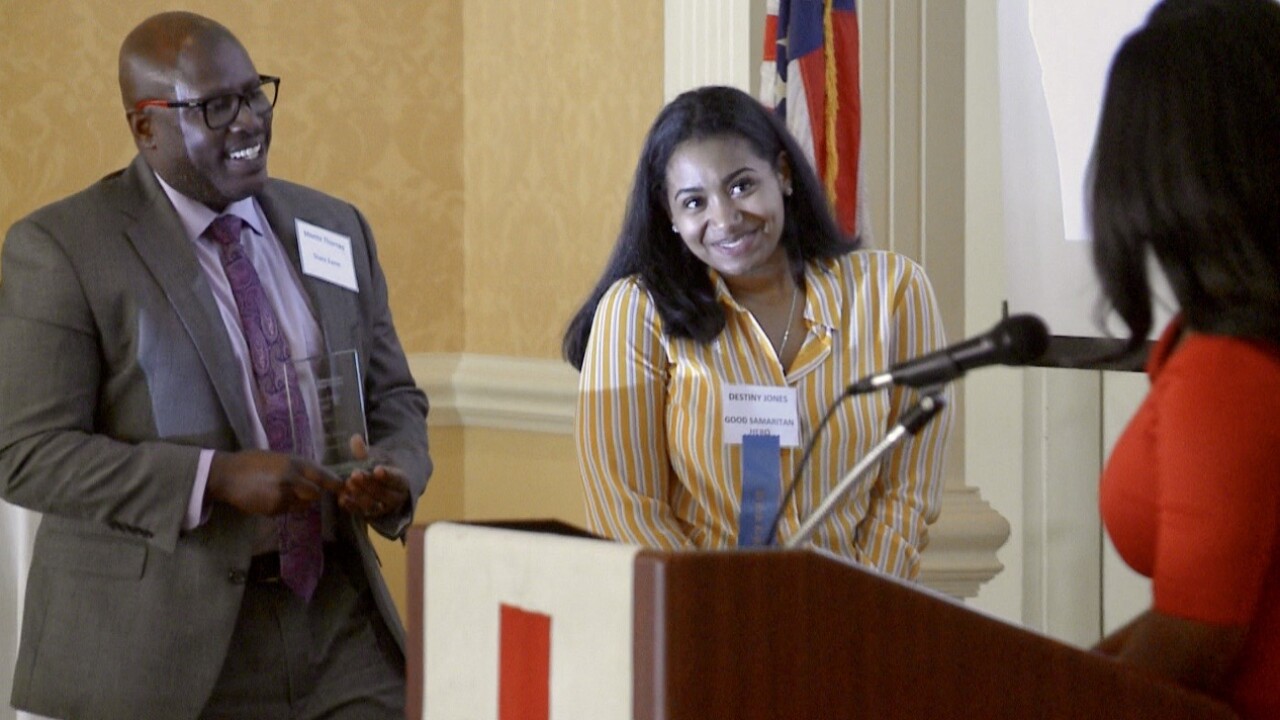 NORFOLK, Va. – A Virginia Beach college student is being hailed as a hero after using the lessons she learned in the classroom to help save a stranger in a crisis.

The American Red Cross recognized Destiny Jones during a celebration of everyday heroes at the Norfolk Yacht & Country Club Tuesday as a remarkable good Samaritan for her courageous act that helped make a difference when it mattered most.

“A cashier actually paid for my groceries as I was checking out,” said Jones.

A stranger “paid it forward” to Jones last August at a Hampton Kroger store. Moments later it was Jones’ turn to return the favor.

“As I’m coming outside, I’m putting my groceries in the car and I turn over and there’s someone in need."

Jones said she heard a scream and saw a man having a seizure. “His head was hitting the pavement, right away I rushed into action.”

Jones says she panicked at first, but then her training kicked in. "I realize he was seizing and right away I think the medical in me just kicked in."

Jones is a medical assistant student at Bryant & Stratton College in Virginia Beach. At the time, she just finished learning the first aid techniques that would help save a man’s life before paramedics arrived.

“I noticed he was bleeding from the mouth. I immediately turned him over so that he didn’t choke on his blood, immediately checked the pulse.”

Jones also performed CPR before first responders arrived. “It was very life altering. I feel really good. I’m always on the lookout now just because you never know what’s going on around you.”

Her advice to others: you can be a hero too.

“It doesn’t take someone in the medical field to help, but if you see something, do something.”

Jones is set to graduate in May and she hopes to go one to become a physician assistant.