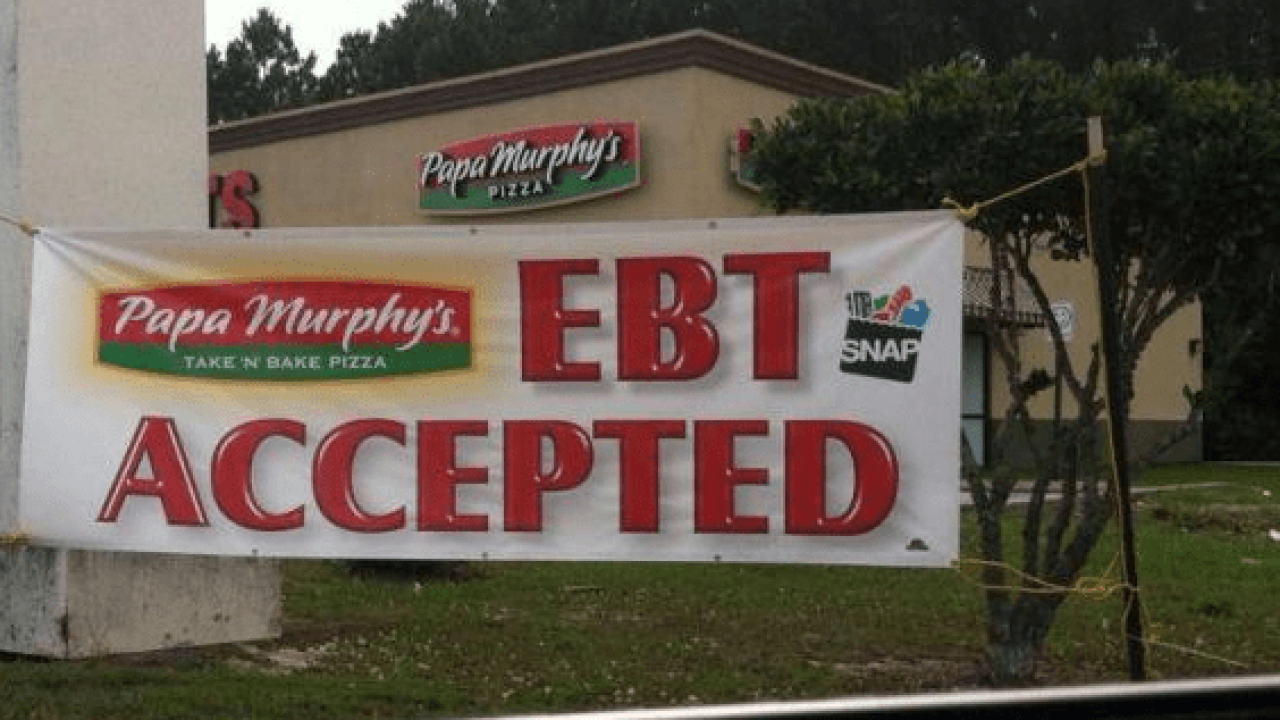 RICHMOND, Va. — The House advanced a bill this week that will help individuals in Virginia with an annual income of less than $3,600 get a hot meal from certain restaurants with their food stamps.

House Bill 1410 passed the House Tuesday 54-41. The bill requires the Department of Social Services to participate in the Restaurant Meals Program, or RMP, of the Supplemental Nutrition Assistance Program by Jan. 1, 2021.

Del. Ibraheem Samirah, D-Fairfax, is one of five patrons on the bill and said that this bill is within the interest of the state.

“I witnessed firsthand how sometimes the lack of public education with regards to nutrition can lead individuals of lower income to use money to purchase foods that are not as nutritious as that which would be provided by a restaurant,” Samirah said.

In 2015, SNAP helped 4.6 million people living in poverty, according to the Coalition Against Hunger, which helps people apply for the benefits.

A recipient is given an Electronic Benefit Transfer card that can be used to buy any food item except prepared or hot food. The bill would allow participants to purchase prepared meals from participating restaurants.

“The state would have to figure out exactly what restaurants would be able to access food stamp money as a form of payment for food provided,” Samirah said.

Chief patron Del. Danica Roem, D-Prince William, said she hopes the proposed legislation will make hot meals accessible to the disabled, elderly and homeless populations, the groups of people the program is limited to.

“My ultimate goal with this is making sure that we are taking care of people who need to eat and that they eat nutritious whole meals, or they eat at whatever restaurants that like to participate,” Roem said.

Arizona and Rhode Island allow individuals to use their benefits card to purchase meals at approved restaurants. In Arizona, participating retailers include mainly fast food options: Subway, Jack in the Box, Papa John’s and Taco Bell.

“This is actually great for the restaurants because when someone actually swipes their SNAP benefit card in the first place, that money goes directly to the restaurant; it's guaranteed income,” Roem said.

The Virginia Department of Social Services must implement two parts of the legislation. The first part is reaching out to restaurants to encourage them to participate in the program, and the second part is informing current SNAP recipients of the participating restaurants and outline the conditions.

The bill now goes to the Senate for consideration.