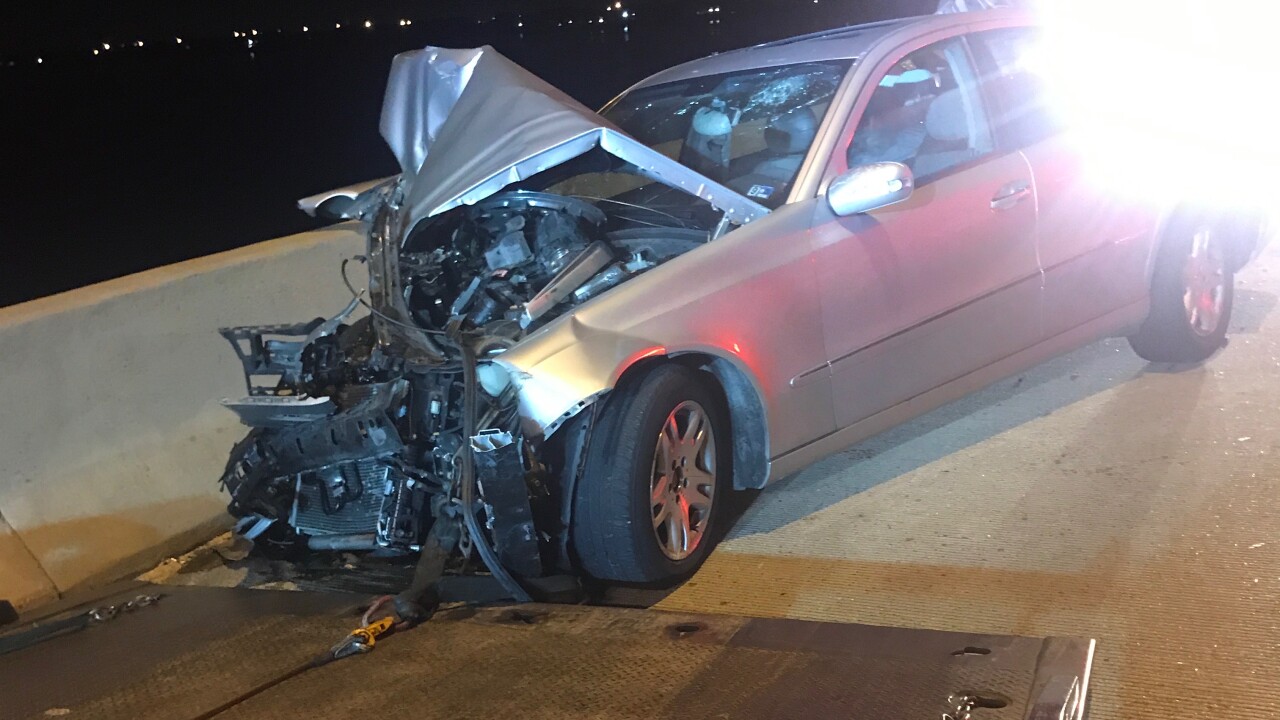 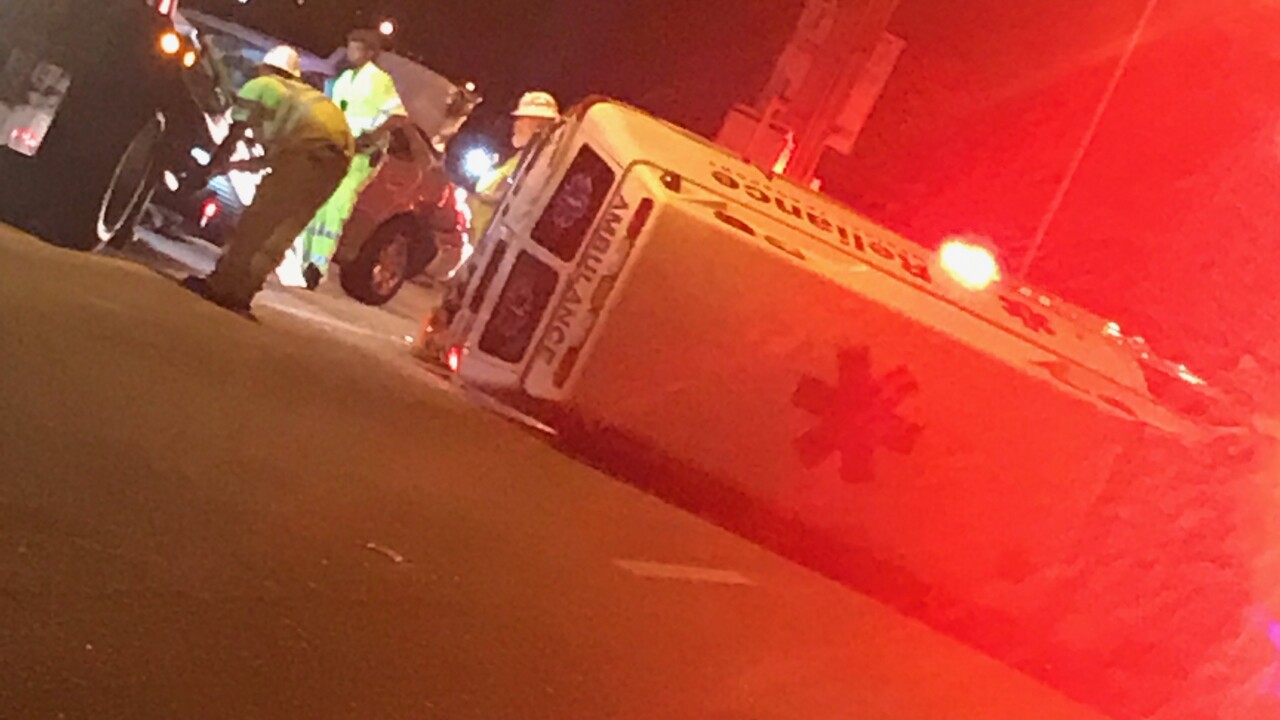 Preliminary investigations reveal that a 2004 silver Mercedes Benz sedan was speeding, when the driver hit the back of a E350 Ford/ private ambulance belonging to Alliance Service. The impact of the crash caused the ambulance to overturn, pushing the Mercedes Benz into the jersey wall.

The two people in the ambulance sustained non-life threatening injuries. State Police say witnesses saw the driver of the Mercedes, an African-American male, getting out of the vehicle and walking away from the scene with a head wound.

Officials say it is unknown how the driver of the Mercedes left the scene of the crash, but they suspect he might have jumped over the bridge, prompting the Coast Guard, Hampton Fire & Rescue and VMRC to search the area for him.

After searching the surrounding area of the water, the search was suspended around 8:30 a.m. without the driver being found.

This crash is still under investigation.

Virginia State Police are reaching out to the community for any witnesses driving in the area of I-64 at the HRBT before or after the crash. Anyone who has information or who may have witnessed this crash or seen the driver is asked to contact the Virginia State Police at (757) 424-6800 or email questions@vsp.virginia.gov.