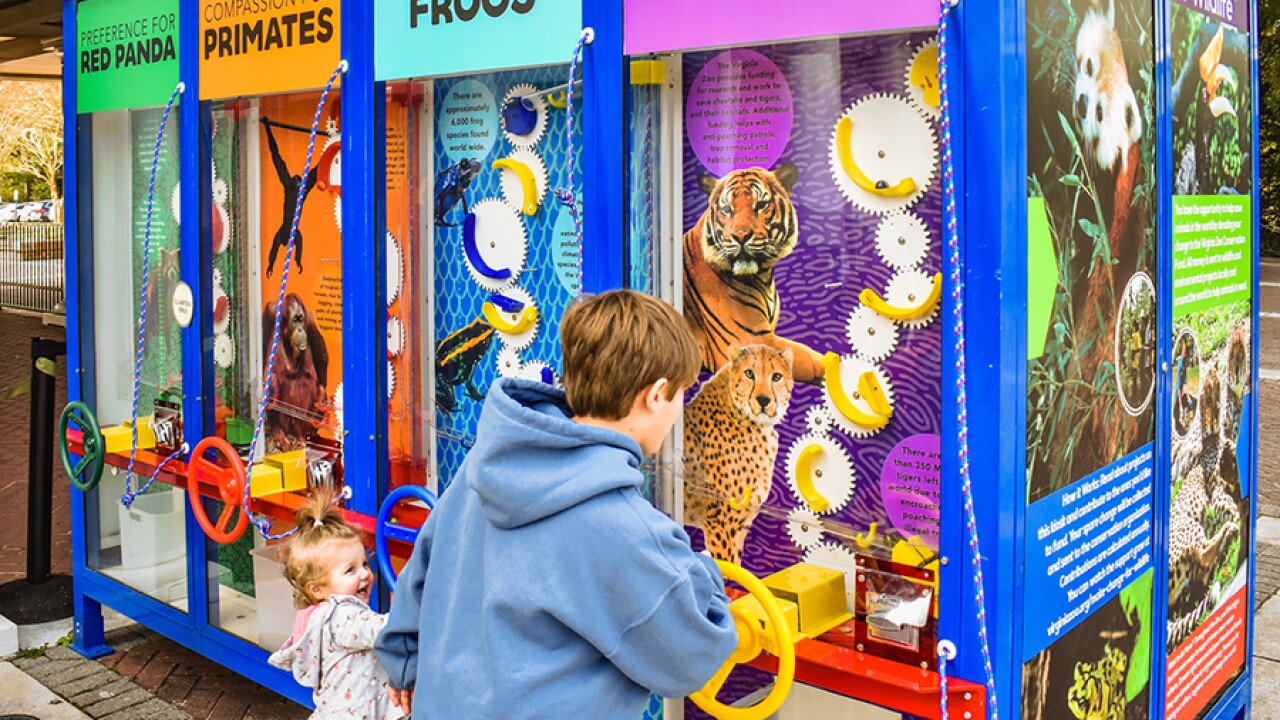 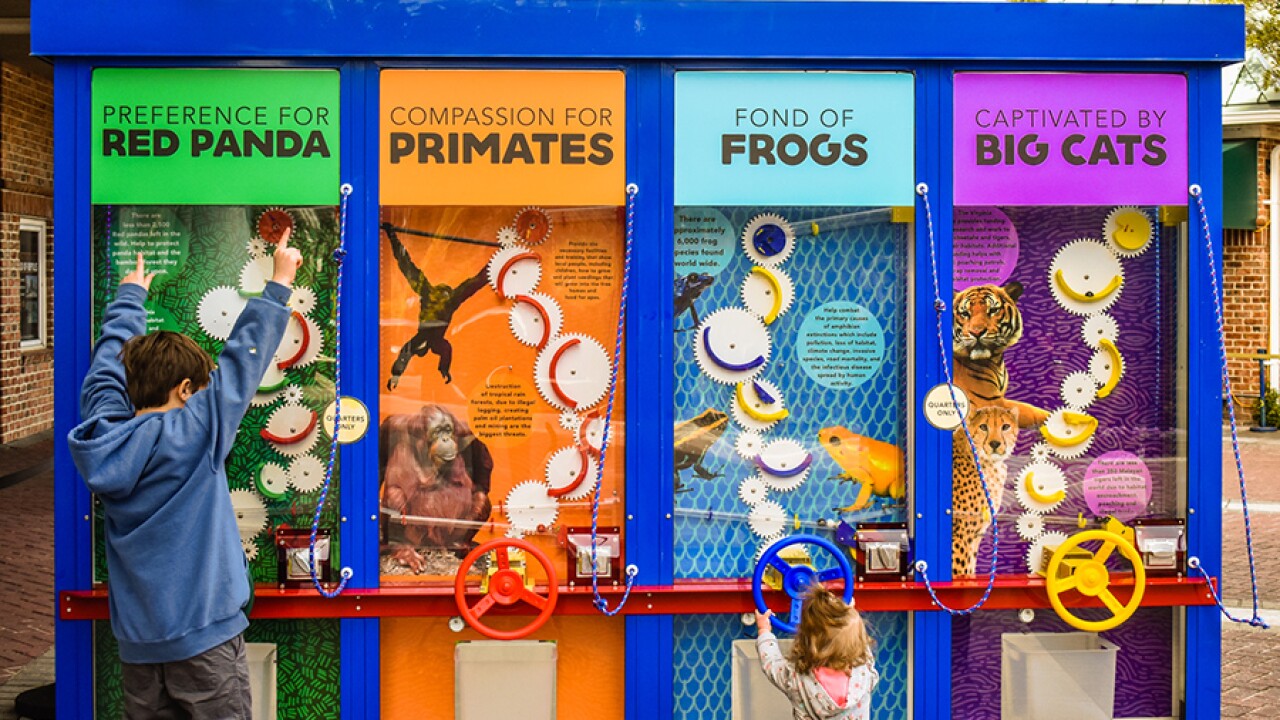 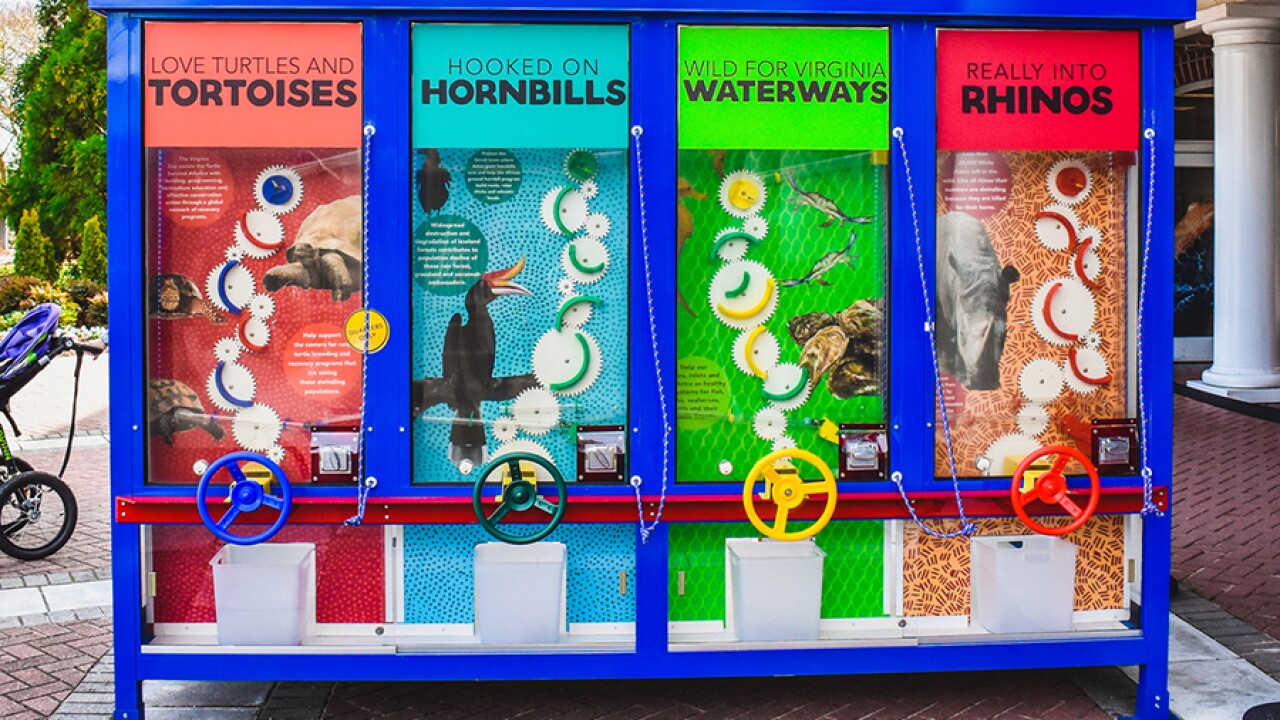 NORFOLK, Va. - Each year the Virginia Zoo raises money to donate to animal-saving efforts across the world.

Its most recent initiative is a game called 'Quarters for Conservation', that will collect quarters through interactive tests of your motor skills, while ultimately educating visitors about the Zoo’s conservation initiatives.

Last year the Zoo’s Conservation Fund supported animal-saving efforts around the world, which included conservation actions such as tiger anti-poaching patrols, reintroductions to the wild of rescued and rehabilitated orangutans, hornbill nest site protection, field research, and support for education and conservation projects within local communities and economies in Uganda.

For instance, last year’s red panda naming contest raised $7,500, which was then donated to the Red Panda Network to help reforest and restore the animal’s habitat in Nepal, by planting trees for food and shelter. Proceeds raised from Quarters for Conservation will be donated yearly to eight of the Zoo’s conservation efforts which include big cats, frogs, hornbills, primates, red pandas, rhinos, turtles and tortoises and Virginia waterways. Zoo visitors can choose which conservation effort to support, simply by making change for wildlife.

The game was made possible by a collaboration with the City of Norfolk and Hampton Roads Transit who donated two bus shelters. The shelters were then rehabbed, reframed and enclosed with Lexan glass by Walker Laberge, and then outfitted by Eco-Dog with eight custom games that light up, make sounds and provide an engaging way to save animals.

“Our goal for this project was to design and create a fun, educational space for children of all ages to learn about the need for wildlife conservation,” said Nicole Harp, co-founder of Eco-Dog who created and built the games. “We spent countless hours developing, testing, innovating and playing until we had a product that appealed to all ages. We hope our hard and thoughtful work inspires and engages future generations of animal stewards,” Harp added

Learn more about the Zoo’s conservation efforts at this link.