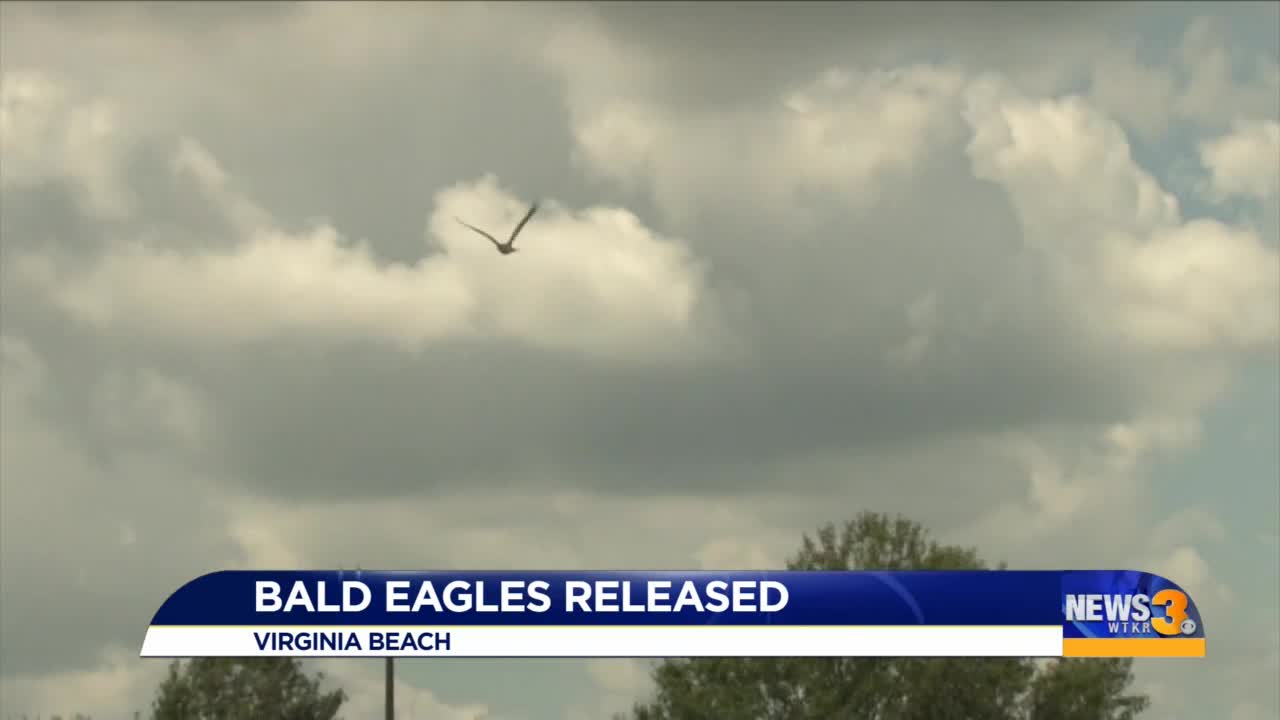 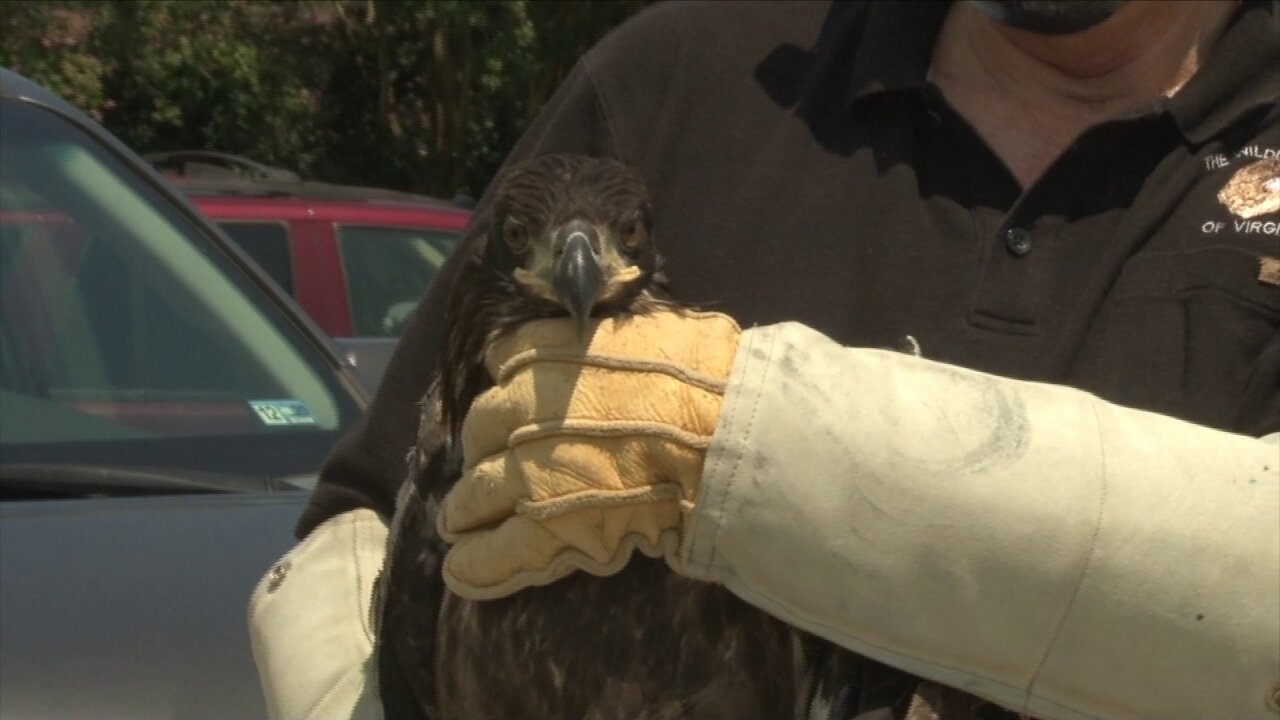 News 3 was there to see the event behind Sentara Virginia Beach General Hospital. The two eagles, a brother and a sister, were taken to the center in late April and early May after they each fell from their nest and were unable to fly.

The parents of these eaglets are an older pair of bald eagles first recorded nesting in Virginia Beach back in 2009. Now strong and ready to be on their own, the Wildlife Center of Virginia says the birds are ready to get back in the wild.

"All's well that ends well," said Ed Clark, president of the Wildlife Center of Virginia. "We've had her in captivity and she's done well there. She definitely flew strong. She'll perch someplace and rest up for 15, 20 minutes, and then she'll be just like a brand new bird."

Prior to Wednesday's release, both birds were banded by the Center for Conservation Biology with federal and state research bands.