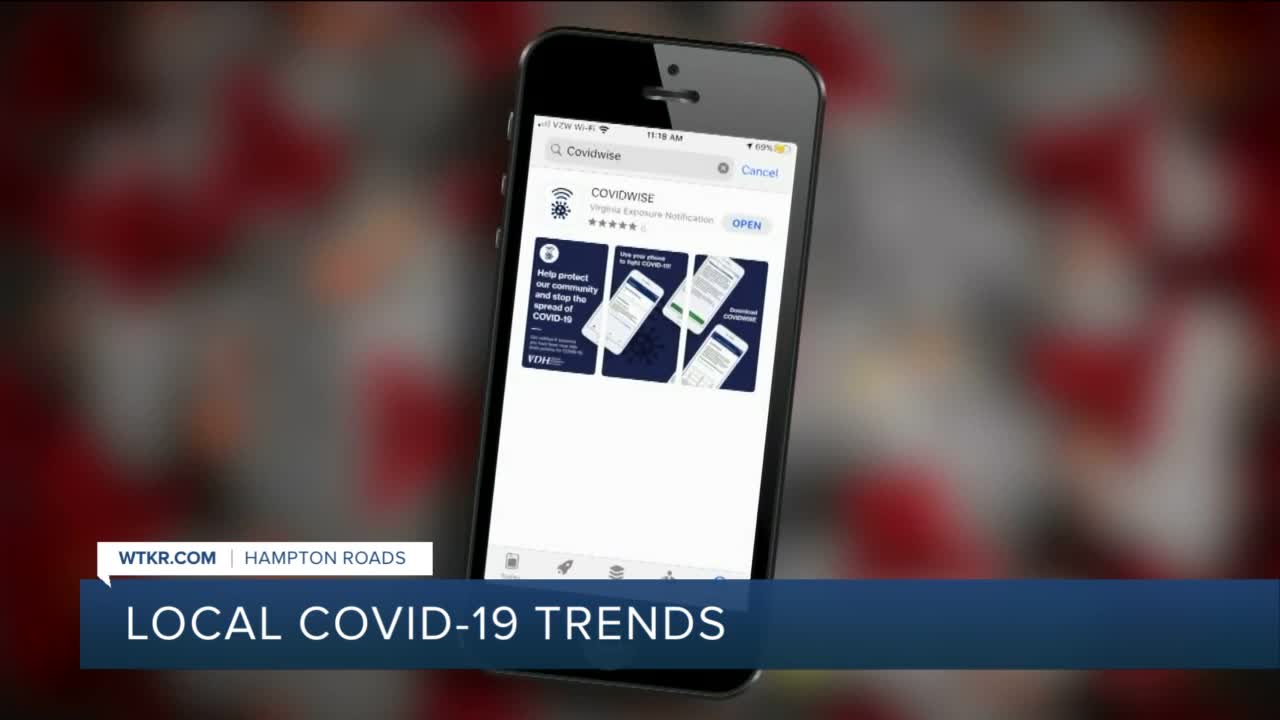 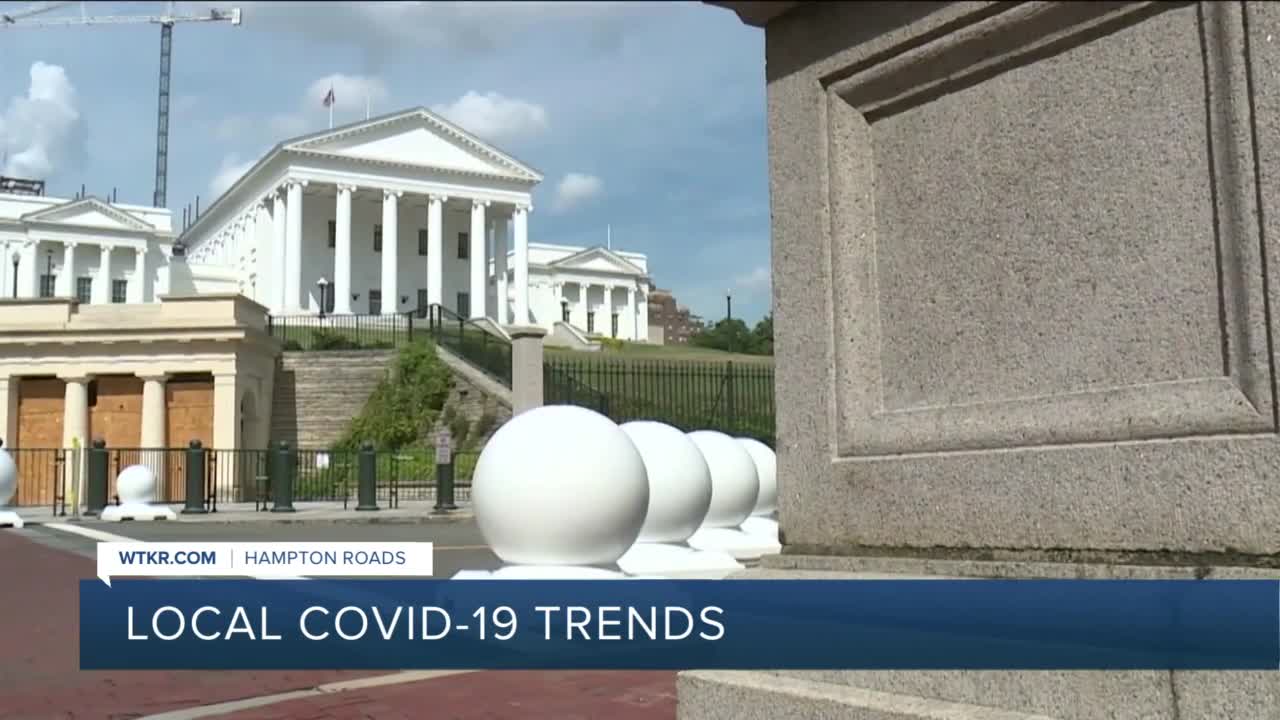 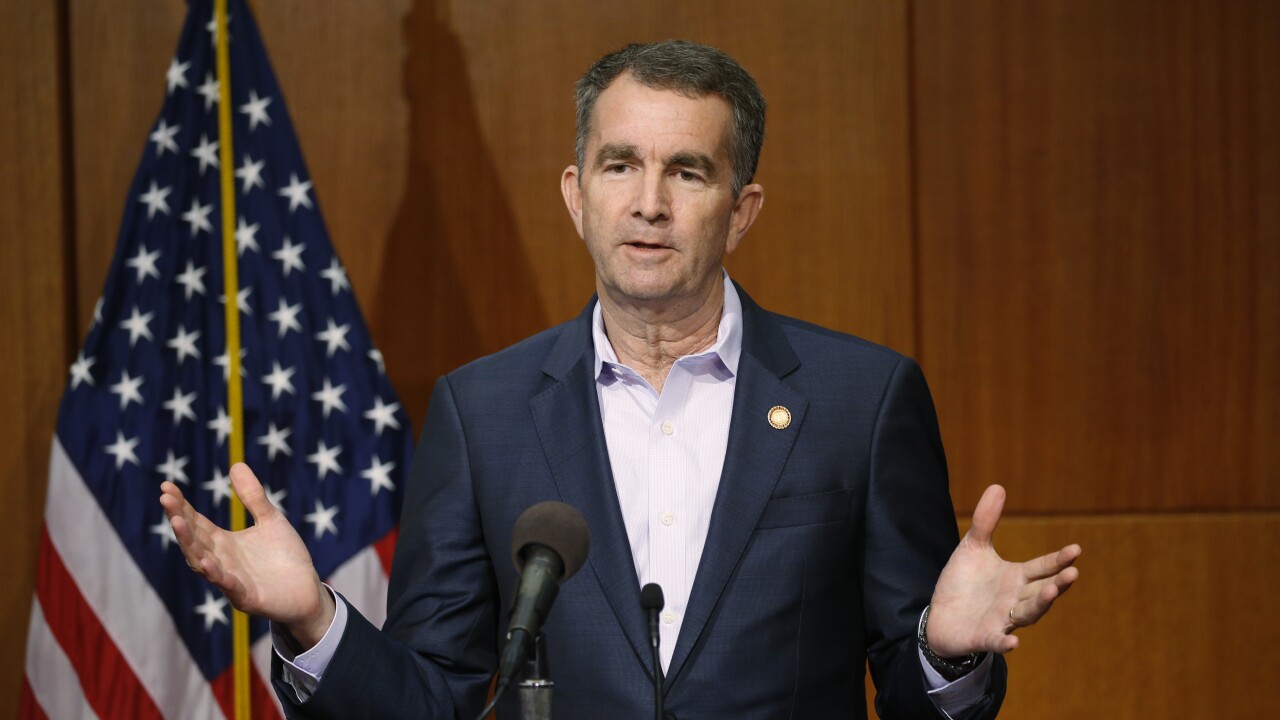 NORFOLK, Va. - Hampton Roads was once the hot spot, but now the focus is shifting elsewhere.

The eastern region of Virginia's percent positivity rate is 6.2-percent, which is lower than the state's 6.8-percent average.

"That is really good news," Gov. Ralph Northam said during a press conference Tuesday afternoon. "We're seeing a slight increase in hospital beds there that are occupied by COVID patients, but overall we are pleased with the region's progress."

Other areas, like southwestern Virginia, are now seeing a higher rate than the state. Central Virginia is also now being closely watched.

The turn around in Hampton Roads came after the governor put additional restrictions in place. Those have now been lifted, putting the area in-line with the rest of the state in Phase Three.

"I can't thank all of you enough for that and for being part of the solution," Northam said to regional leaders and the business community.

Still, other localities, like Portsmouth and the Western Tidewater Health District, have higher numbers comparatively.

Northam also says more than 515,000 people have now downloaded the COVIDWISE app, which helps notify someone if they've been potentially exposed. "This tool has literally great potential to help us curve the spread of this virus," he said. "I hope all Virginians with smart phones will use this."

As the pandemic continues, Northam is once again calling for an extension on the moratorium of utility service shutoffs. The current State Corporation Commission order is set to expire Wednesday. Northam wants it extended through October 5 to give the General Assembly more time to come to a solution.

"These are important steps to make sure people keep the lights on while facing economic hardship," he said.

Going into the fall, Northam is encouraging everyone to get a flu shot and continue to play it safe. "I continue to remind everyone to do the things that we know work: physical distancing, avoiding large gatherings, and wearing face coverings in indoor settings," he said.