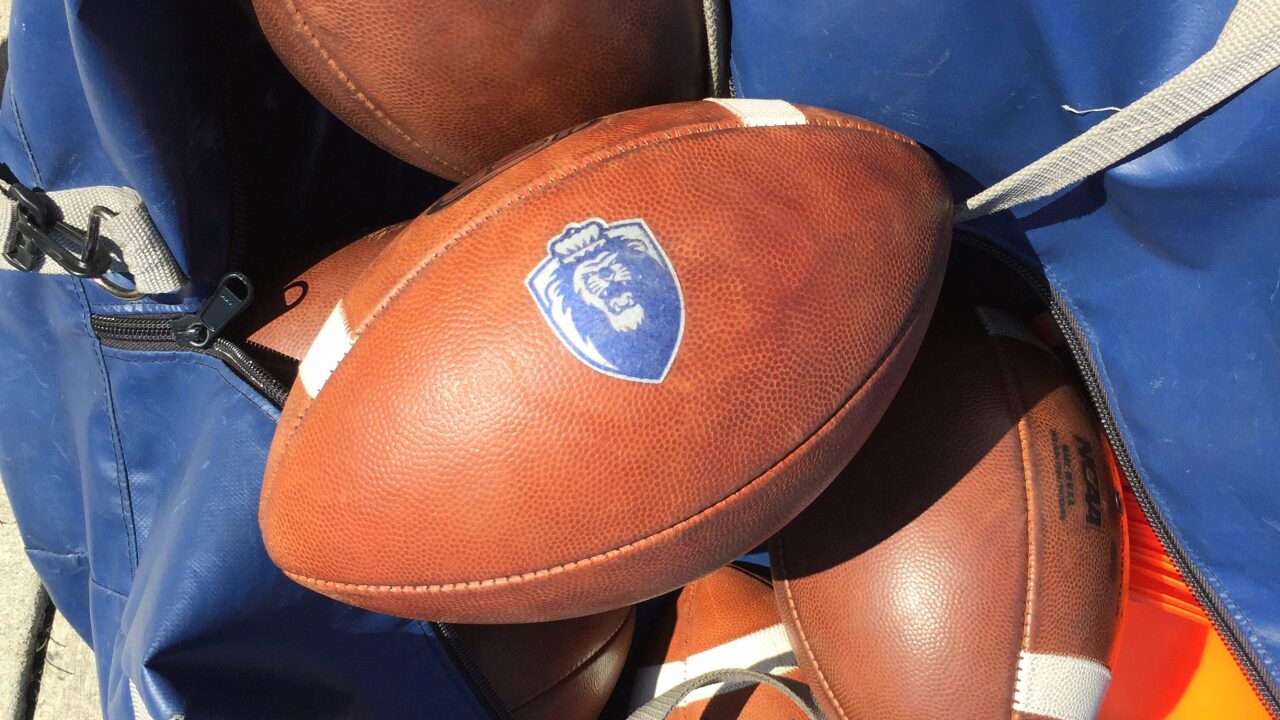 NORFOLK, Va. (ODUSports.com) - Old Dominion University football head Coach Ricky Rahne signed 12 student-athlete to National Letters of Intent, adding to the six signed in December for a total of 18 in the 2020 recruiting class.

"It's a really good class. "We've filled some holes in the secondary and defensive line and added some great athleticism to the offensive line,” Rahne said. "I thought we did a great job as a staff making sure that we dug in on those guys, that we just didn't take no for an answer right way. We dug in, built some relationships and were able to get some guys late.

Three-star recruit … No. 51 ranked recruit in Virginia … Earned first-team Class 5A All-State honors on both the offensive and defensive line … Helped Varina to an 11-3 record and berth in the state semifinals as a senior … As a junior, recorded 34 tackles, nine tackles for loss, three sacks and an interception.

Recorded 60 tackles, seven pass breakups and two interceptions as a senior at Temple HS … Helped Temple to a berth in the regional final his senior year … Also a standout sprinter on the track team … Recorded 26 tackles this season at Trinity Valley … Notched 18 tackles and a forced fumble as a freshman at Trinity Valley.

A three-star recruit by 247 sports … Ranked as the No. 12 recruit from Washington, D.C., and No. 95 defensive tackle in the country … Registered 65 tackles and eight sacks as a senior … Helped Woodson H.D. to a 7-5 record and berth in the state semifinals … Two-time first-team All-DCIAA … First-team All-State.

Helped Hickory Ridge to an 8-4 record and berth in the second round of the North Carolina State playoffs … Earned all-conference honors.

Three-star recruit … Ranked as the No. 3 recruit in Hampton Roads by the Virginian Pilot … Two-time first-team All-Tidewater … Named first-team All-Region … Caught 24 passes for 681 yards and rushed for 475 yards and 10 touchdowns as a senior … Recorded five interceptions and returned two for touchdowns on defense … No. 7 ranked recruit in Virginia (Rivals).

A two-time Metro 10 Conference Player of the Year … Earned Colorado Class 5A All-State accolades at running back … Rushed 172 times for 1,603 yards and 29 touchdowns as a senior … Totaled 4,004 yards and 49 touchdowns in his career … Led Smoky Hill to an 11-1 record and to the second round of the Colorado State playoffs.

Three-star recruit … Registered 122 tackles and 20 sacks as a senior in 2019 … His 20 sacks were the seventh most in North Carolina this season … Led Northeastern to back-to-back state championship game appearances.

Three-star recruit … No. 44 ranked recruit in Maryland … Played for the United States National Under-19 team in the International Bowl.

A three-star recruit by 247 sports … Ranked as No. 61 recruit from the state of Maryland … Completed 156-of-275 passes for 2,962 yards, 38 touchdowns and six interceptions … Helped Potomac to a 12-2 record and berth in the state championship game.

A three-star recruit by 247 sports … Ranked as No. 38 recruit in Virginia … Ranked as preseason No. 10 player in Hampton Roads by the Virginian Pilot … 6A Defensive Player of the Year … Led Oscar Smith to a 13-2 record and berth in the state championship game … Had 65 tackles and eight sacks as a junior … Earned All-Tidewater honors.

A three-star recruit by 247 sports … Earned first-team All-State honors as a junior at wide receiver and defensive back … Totaled 1,800 all-purpose yards and 25 total touchdowns … Helped Graham to an 11-3 record and berth in state semifinals.

A three-star recruit by 247 sports … Helped Salem to a 13-2 record and berth in state quarterfinals … Ranked as the No. 23 recruit in Hampton Roads by the Virginian Pilot.

A three-star recruit by 247 sports … Ranked as No. 34 recruit in Virginia … Earned first-team All-District and All-Region accolades as a junior at wide receiver and defensive back … Caught 26 passes for 500 yards and three touchdowns … Had 60 tackles and a pair of interceptions … Had two returns for touchdowns.