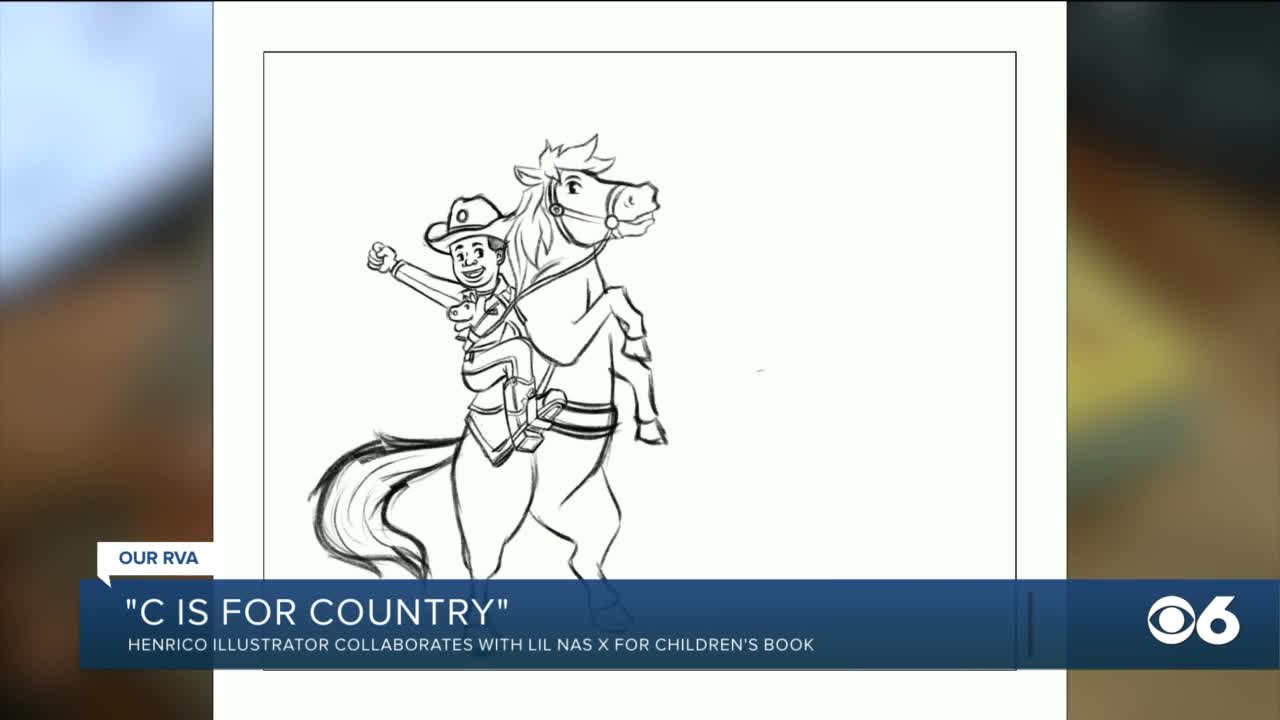 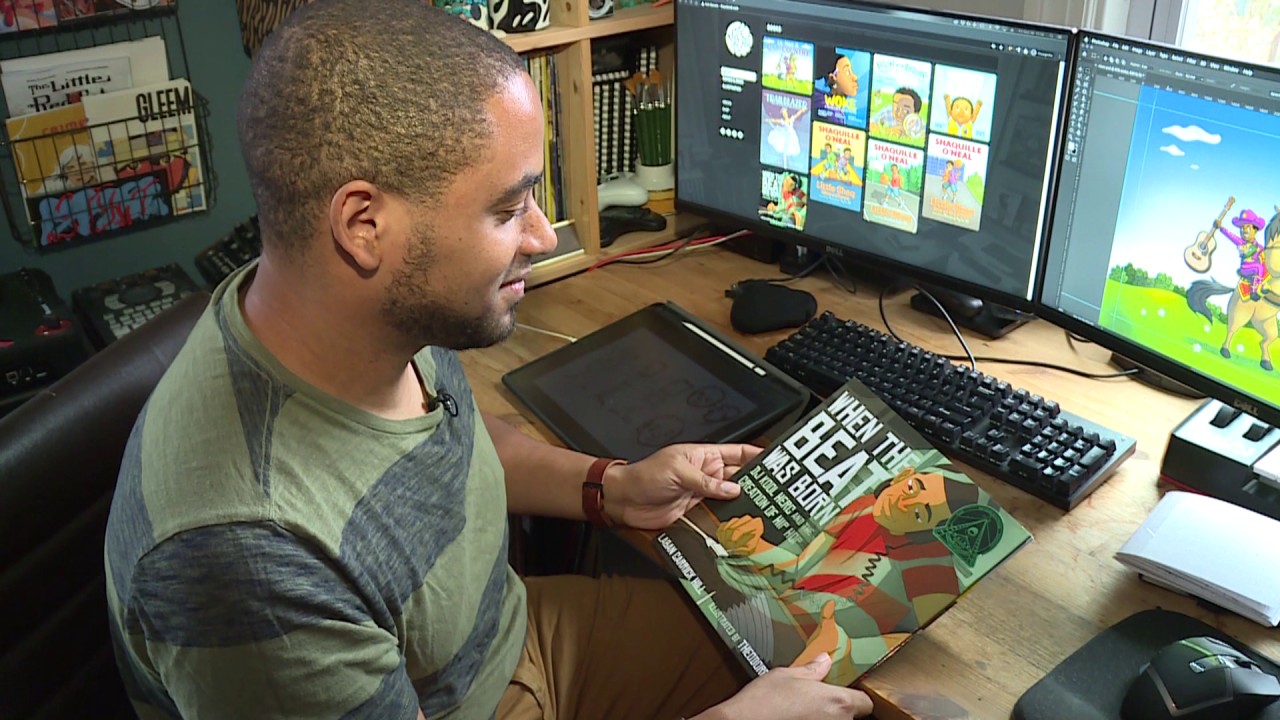 HENRICO COUNTY, Va. -- Theodore Taylor III is a web designer who lives in Henrico County. He’s always had a passion for drawing. That passion eventually turned into a second career as an illustrator.

In 2013, five years after graduating from VCU, he worked on his first children’s book “When The Beat Was Born.” The book follows the life and accomplishments of Hip-Hop pioneer DJ Kool Herc. It went on to win a couple of awards and quickly made Taylor sought after for his artistry by some pretty famous people.

“We lived up in Washington, D.C. at the time and I was literally at work and I’m like, I have to go take a call cause some people want me to do a book for Shaquille O’Neal. That was interesting,” said Taylor.

One book turned into three books with O’Neal.

Now, Taylor has a new book that’s set to be released in January 2021, and is currently available for pre-order by various sellers.

That book is called “C Is For Country” by Lil Nas X, the rapper best known for “Old Town Road,” the longest running number one Billboard song in history.

“I’m pretty excited! It’s still weird knowing I did a book for Lil Nas X, cause my son sings that song all the time to himself,” said Taylor.

“C Is For Country" is a book about learning the alphabet. Taylor started working on it back in February, and then spent five months with the publisher working on the more than two dozen illustrations.

“We did a few rounds trying to get the style right. Passed it back maybe four or five times, but he always had the pink outfit,” said Taylor.

Although he hasn’t spoken to Lil Nas X personally, Taylor says he’s been told the rapper loved the artwork. That was important to Taylor who also says he wants his to drawings to show feelings and have messages, especially for people of color.

“Just children’s books in general, I think it’s good to have African-American characters that kids can identify with," said the artist.

From Lil Nas X to Shaq, a young scientist, ballerina, or DJ, Taylor is making sure there will always be that kind of representation in his work because he says it gives him pride.