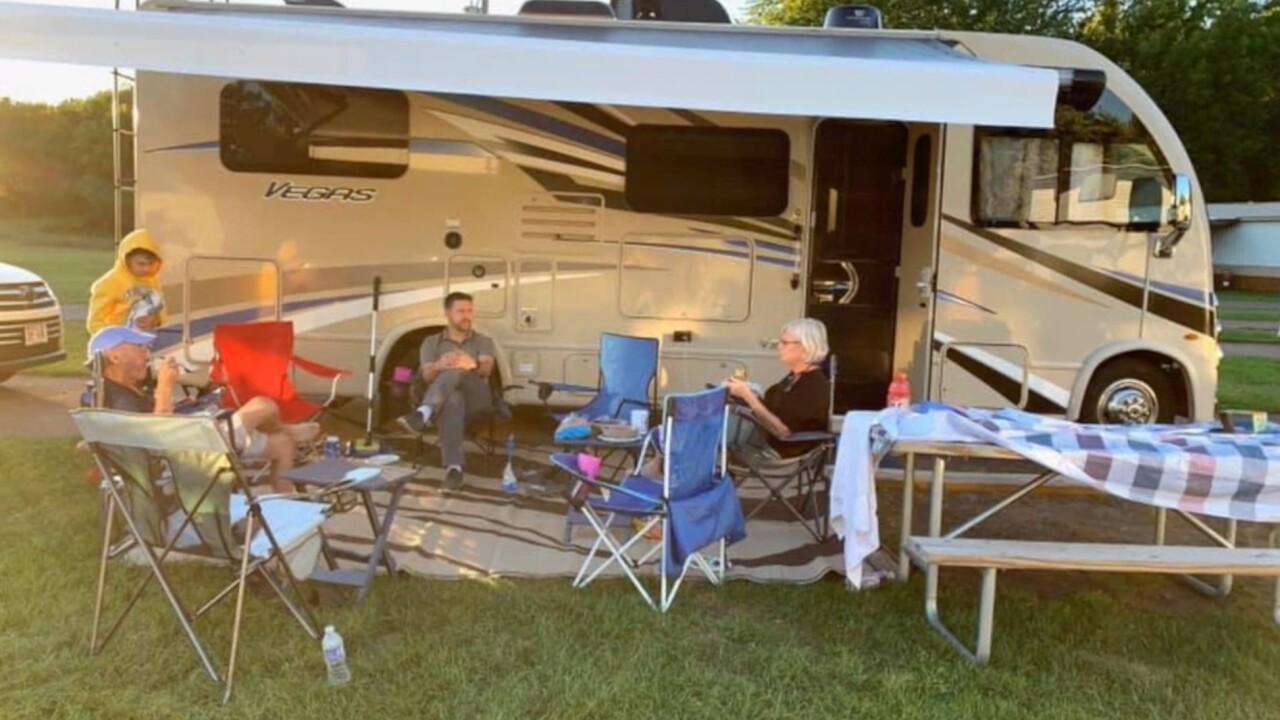 From birthdays to graduations to Sunday dinner, the COVID-19 pandemic has changed how families gather, especially when grandparents are involved.

"If you would have asked me as recently as six to nine months ago, if we would have ever considered buying or owning an RV, that would have probably been the furthest thing from my mind," said Chuck Boetsch.

For Chuck and his wife, Robyn, travel has always been a priority both domestic and international. But back in 2017, Chuck had a left lung transplant after dealing with idiopathic pulmonary fibrosis for four years, leaving him immunocompromised.

Chuck and Robyn live in Tampa with one of their daughters, the other three live in Wisconsin, Illinois, and Colorado.

"FaceTime and technology are great but it’s no substitute for seeing people individually. So, after thinking about it for quite some time and how we could do it knowing that flying for both of us is out of the question, we decided to rent an RV," said Chuck.

They liked it so much, they bought their own. They believe it's the only way to safely see family for at least the next few years. Not only do they not deal with other people at airports or on planes, but they’re staying in a much safer environment.

"So far, we’ve really kind of enjoyed it, it’s been fun," said Robyn.

They say they’ve seen parts of the country they never knew were so breathtaking that they've always just flown over.

"I didn’t know it was so beautiful. Those states are just absolutely gorgeous," said Robyn.

So far, they’ve taken a trip out west to visit family in Colorado. They just got back from a 12-day trip up north stopping to see two of their daughters and their families, even celebrating Robyn's birthday.

"It’s not without its problems, though. There’s a lot that goes into it in terms of planning, how much medication you take, how much food you take, how many miles can you effectively drive in one day, and where we’re going to stop," said Chuck.

However, it’s all worth it when you get to spend time with your family.

"We miss our family. And that’s the only way we can see them," said Robyn.