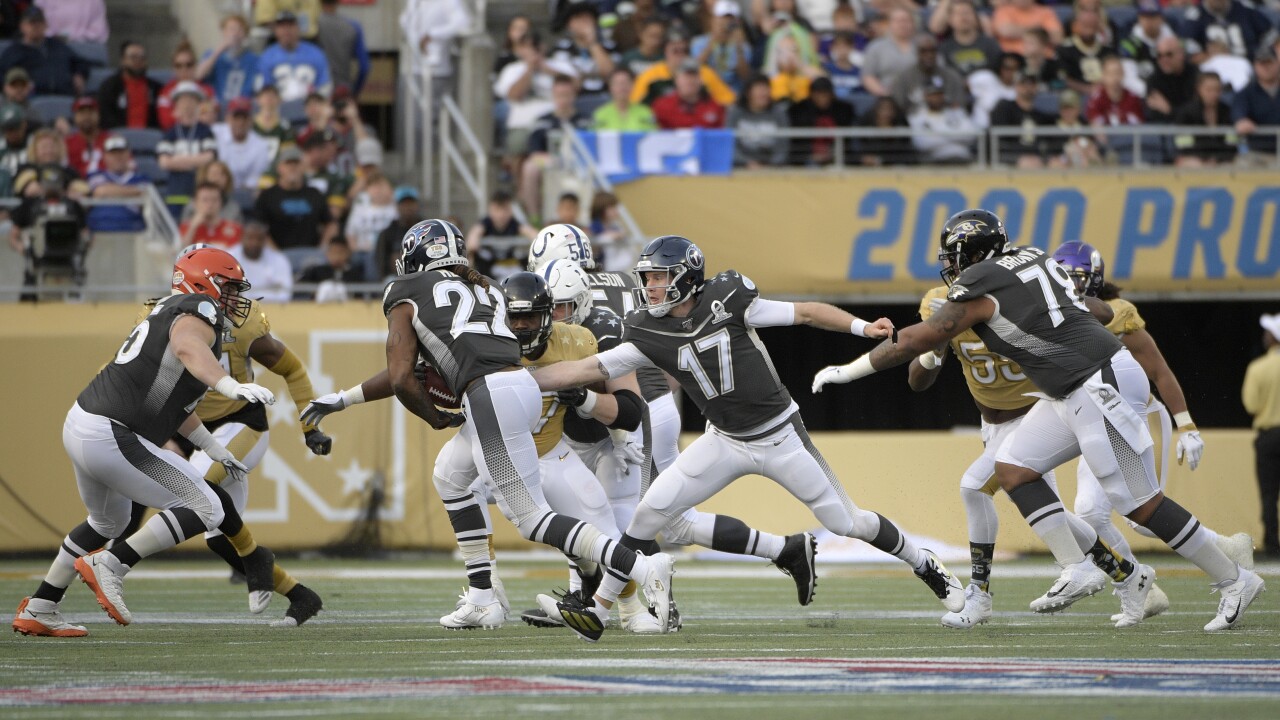 Phelan M. Ebenhack/AP
AFC quarterback Ryan Tannehill (17), of the Tennessee Titans, hands the ball off to running back Derrick Henry (22) during the second half of the NFL Pro Bowl football game against the NFC Sunday, Jan. 26, 2020 in Orlando, Fla. (AP Photo/Phelan M. Ebenhack)

NEW YORK (AP) — The Pro Bowl will play out on the EA Sports Madden NFL 21 video game after the real-life version of football’s all-star game was canceled.

The NFL opened monthlong fan voting Tuesday for the first virtual Pro Bowl, which could feature players whose team makes the Super Bowl because they won’t have to attend and play in real life.

NFL executive vice president of club business and events Peter O’Reilly said league partners “are uniquely positioned to help the NFL make the transformation of this high-profile event from live to virtual possible.”

“Even amidst unparalleled change across the sports industry, we are excited to transition many of the signature components of the Pro Bowl — which will go virtual in Madden NFL 21 — into a new innovative experience for our players and fans,” O’Reilly said.

The game itself scheduled for Jan. 31 in Las Vegas was called off last month because of the COVID-19 pandemic. It’s the first time the Pro Bowl has been canceled since 1949, and owners voted to hold the 2022 version in Las Vegas if it happens.

Players and coaches will cast their votes Dec. 18 for the 2021 video game pro bowl. A total of 88 players will be selected, 44 each from the AFC and NFC.