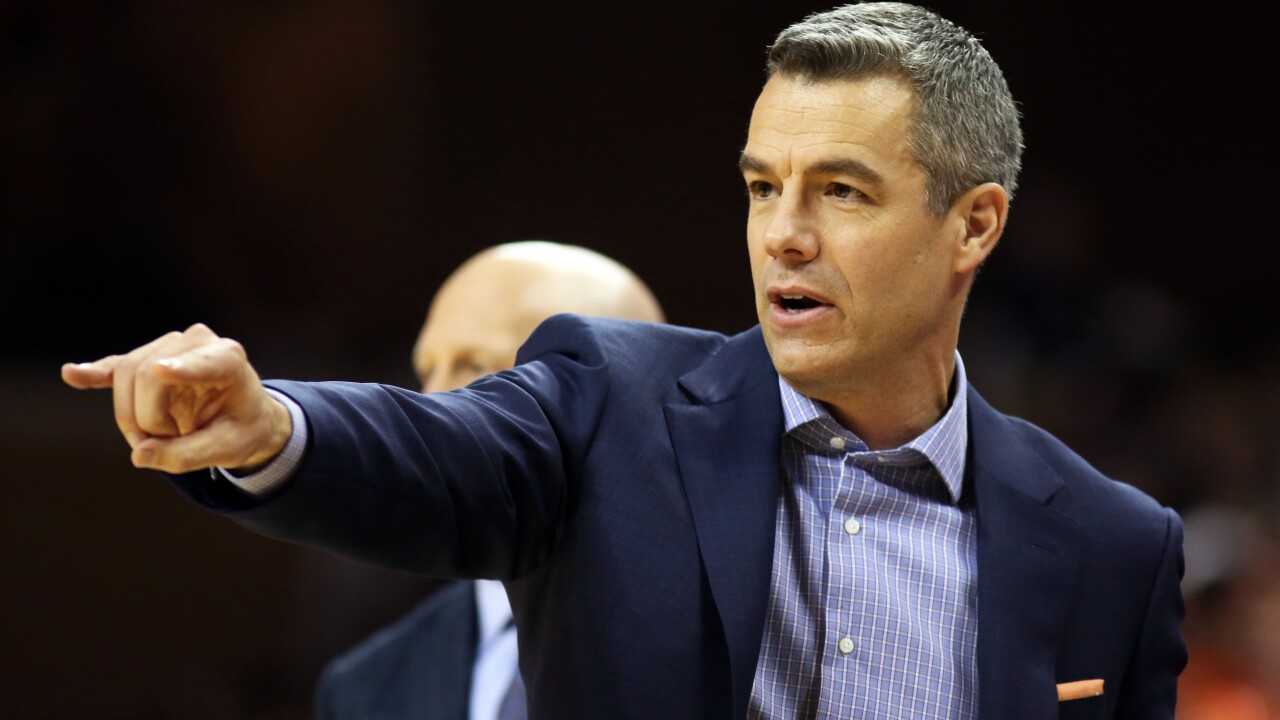 CHARLOTTESVILLE, VA – MARCH 02: Head coach Tony Bennett of the Virginia Cavaliers points out a matchup in the first half during a game against the Pittsburgh Panthers at John Paul Jones Arena on March 2, 2019 in Charlottesville, Virginia. (Photo by Ryan M. Kelly/Getty Images)

Virginia coach Tony Bennett loves it when he knows he can rely on the Cavaliers’ defense to win games.

This season, the Cavaliers will look to be more aggressive offensively as well.

The Cavaliers, picked to win the Atlantic Coast Conference this season and ranked No. 4 in the preseason, were just hitting their stride last year, having won eight in a row when they headed for the ACC Tournament as the No. 2 seed, but the coronavirus pandemic ended the season.

“There’s some advantages to this year’s team, and differences,” Bennett said. “Last year they could win because of their defense. We struggled a lot offensively. We didn’t shoot it great, but we won games just because we were so tough defensively. The year before when we won it all, they couldn’t even win games with their defense.”

The graduations of Mamadi Diakite and Braxton Key took away two versatile defenders and the team’s top rebounders.

Two players expected to help fill the voids are Marquette transfer Sam Hauser, a 6-foot-8 forward, and 6-11 center Kadin Shedrick, who both sat out last season. Hauser averaged 14.9 point and 7.2 rebounds in his last season at Marquette, and twice hit seven 3-pointers in a game.

“This year’s team, they have not shown me up to this point that we can win games with our defense yet,” Bennett said “Trust me, that’s a point of emphasis, but at times they show some great spacing, the opportunity to knock down shots and score in a variety of ways. It’s just adjusting and evolving, and we have some more interchangeable parts I’d say this year.”

Some other things to watch with Virginia this season:

He arrived with a reputation as a shooter, and figures to be Virginia’s go-to guy in clutch situations, but spent the year on the sidelines working on other parts of his game, too. For Bennett, defense always comes first.

“If I want to play here, I’m going to have to be able to play some defense, so I took that personally and individually to get better at it, and I think I have,” Hauser said.

Point guard Kihei Clark has had some leadership responsibilities in his two seasons playing as an underclassmen, and now that he’s a junior, he’s embracing that part of his role more, even as he’s still trying to figure it out.

“Some guys like being yelled at. Some guys, you need to give them a little bit of encouragement,” he said.

Seven-footer Jay Huff has shown flashes of brilliance, mostly as a shot-blocker and occasional 3-point shooter, but will need to add more rebounding and defensive effectiveness to be at his best. He also tested the NBA Draft waters following last season, and while it was all done virtually, he said what he learned was valuable.

Tomas Woldetensae started slow but led the team with 52 3-pointers last season while others expected to help from long range struggled. Adding Hauser as a threat is crucial, but improvements from Casey Morsell (15-85, .176) and Kody Stattmann (14-52, .269) would help make the offense less predictable.

They open with Maine and then Florida in Connecticut and will play Villanova at Madison Square Garden, but the highlight figures to be their ACC/Big Ten Challenge matchup with Michigan State, where Hauser’s brother and former Marquette teammate, Joey, will play this season. Sam Hauser said his parents are also excited to see them do battle.