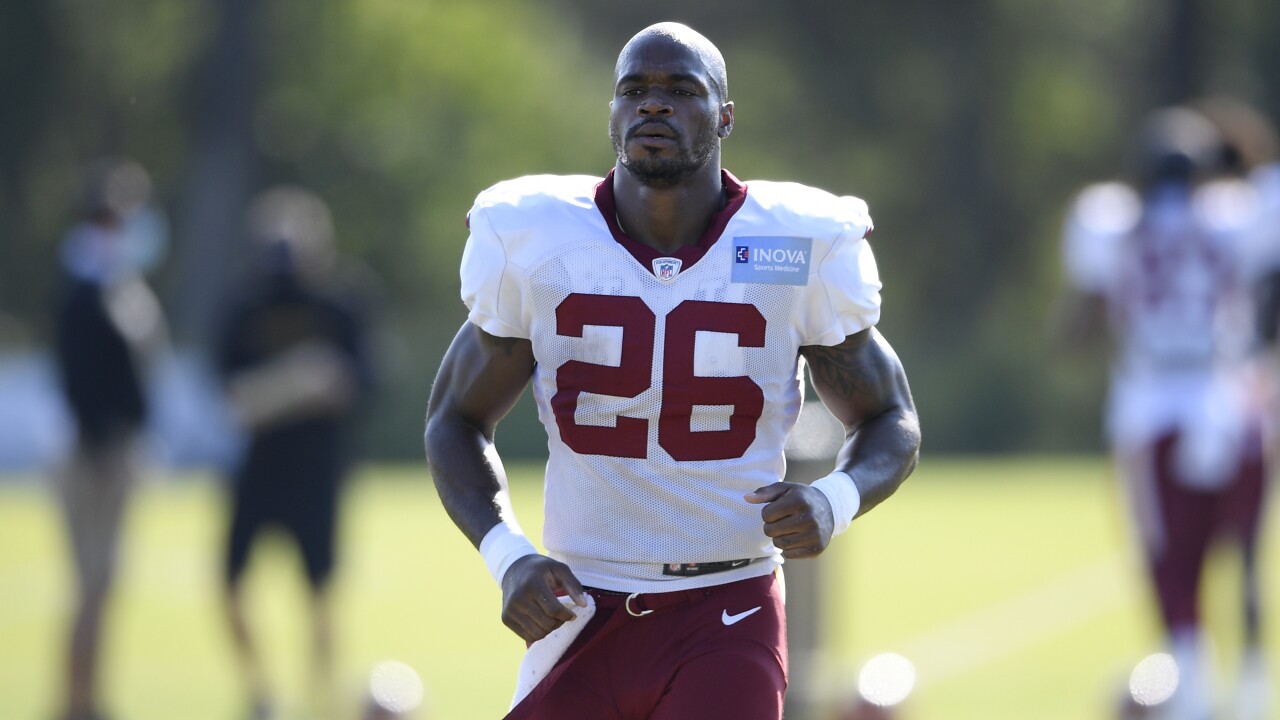 LOUDOUN COUNTY, Va. - Adrian Peterson will finish his Hall of Fame career somewhere other than Washington.

The Washington Football Team released the 35 year-old running back in advance of Saturday's roster deadline.

In two seasons with Washington, Peterson played in 31 of a possible 32 games - only missing the 2019 season opener as a healthy scratch. For his career, Peterson has rushed for 14,216 yards - fifth on the NFL's all-time list.

Thank you for everything, @AdrianPeterson. pic.twitter.com/nWQMa7kYxE