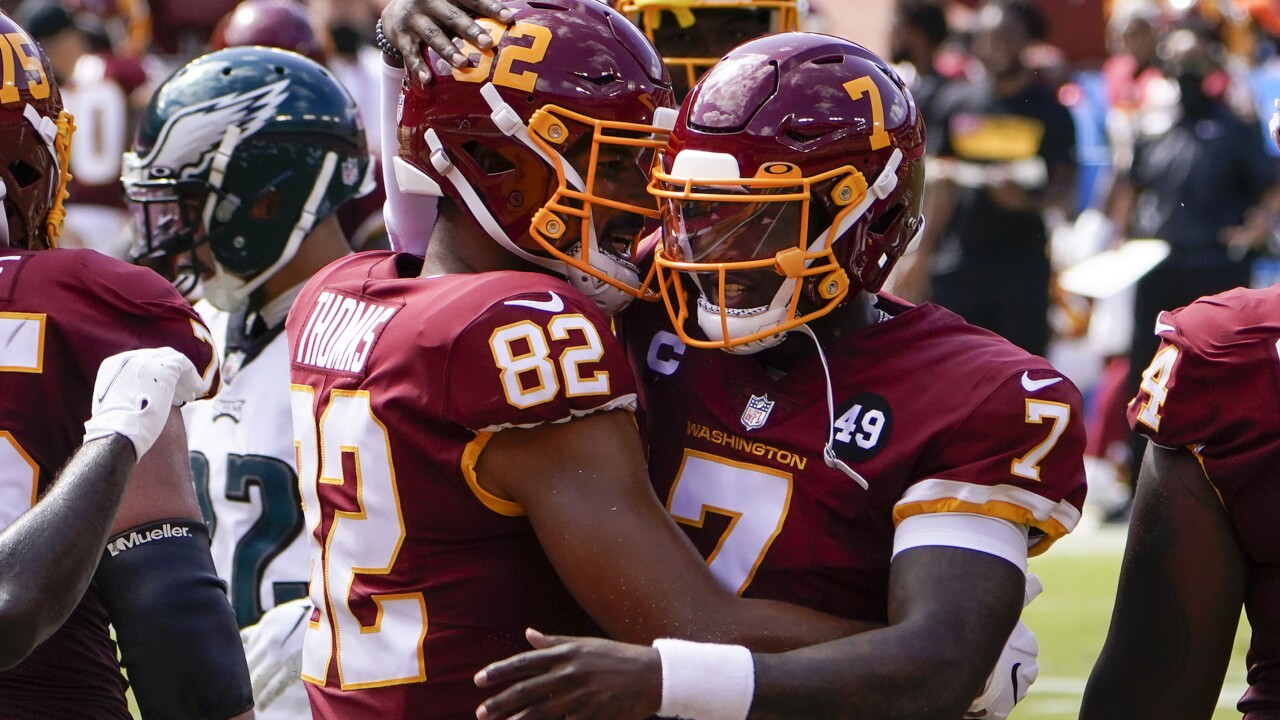 LANDOVER, Md. - After trailing 17-0, the Washington Football Team scored 27 unanswered points to beat the Philadelphia Eagles 27-17 in the season opener.

After the Eagles took a 10-0 lead with a field goal, Philadelphia's Wentz completed 34-yard touchdown pass to tight end Dallas Goedert with 6:54 left in second quarter and the Eagles went ahead 17-0.

Washington started to find momentum at the end of the first half. With 1:37 remaining, cornerback Fabian Moreau intercepted a Carson Wentz pass, which led to Washington's first touchdown of the season. A Dwayne Haskins six-yard touchdown pass to tight end Logan Thomas cut the Eagles lead to 17-7 heading into the half.

The Football Team was first to score in the second half in a series of events that gave us deja vu from the first half. Washington picked off Wentz again, this time Jimmy Moreland with an interception that put the team on Philadelphia's 20-yard line.

With 9:25 remaining in the third quarter, Peyton Barber scored from the 1-yard line to make it 17-14 Eagles.

Washington carried its momentum into the fourth quarter, tying the game at 17 with a Dustin Hopkins field goal then taking a 24-17 lead after Barber scored his second touchdown of the game.

Hopkins would add another field goal, and Washington would go on to win 27-17 in its season opener.