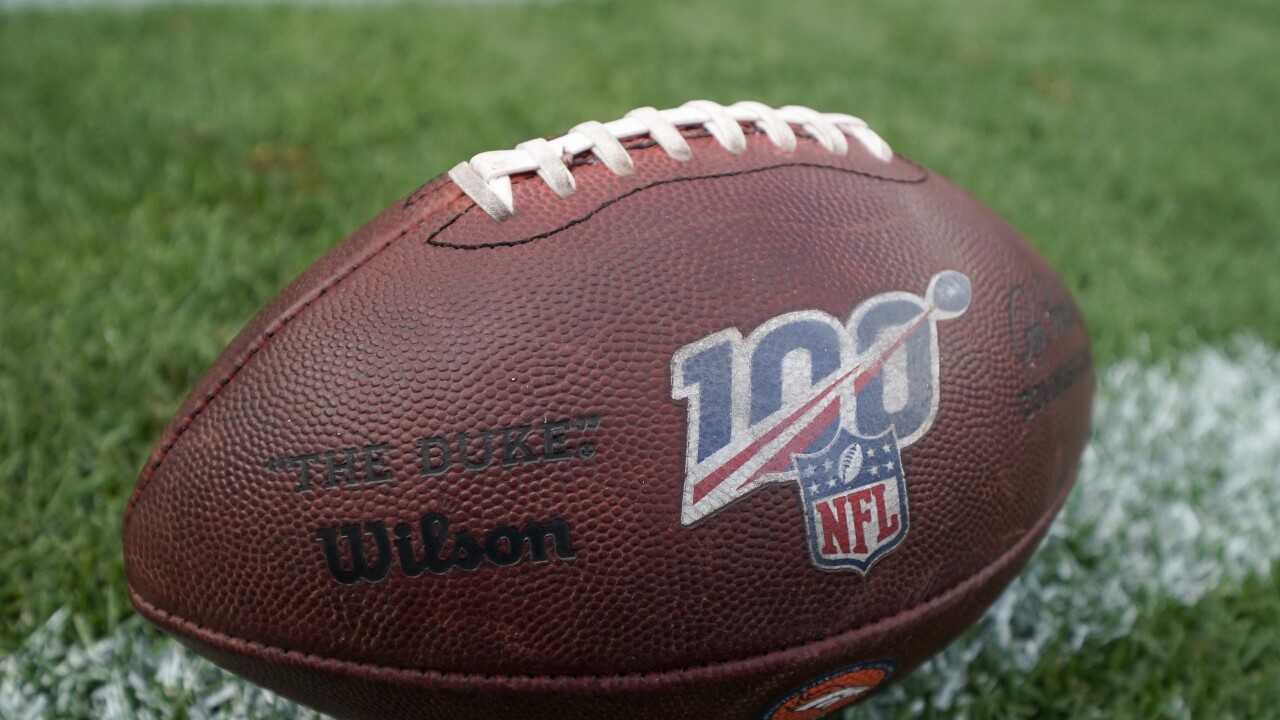 Jack Dempsey/AP
A football with the NFL 100th anniversary logo is sits on the field prior to an NFL preseason football game between the Denver Broncos and the San Francisco 49ers , Monday, Aug. 19, 2019, in Denver. (AP Photo/Jack Dempsey)

NEW YORK (AP) - The NFL has extended its virtual offseason workouts through the end of May, a person familiar with the move tells The Associated Press.

The person spoke on condition of anonymity because the decision to bar in-person sessions beyond the previous deadline of May 15 has not been announced publicly.

NFL teams normally would be holding Organized Team Activities (OTAs) during May, followed by June minicamps. Due to the coronavirus pandemic, such activities have been done remotely.

Coaching and training staffs have worked with the players by conducting classroom instruction and on-field activities through digital applications instead of at team facilities, which have been closed since late March. Those virtual meetings can occur for four hours per day, four days per week.

Teams can send up to $1,500 to each player to purchase equipment.

All 32 teams must submit plans for reopening their facilities to the league by Friday, though no dates for such reopenings are set. Offseason workouts (OTAs and minicamps) must end by June 26, a week or so later than usual. That, of course, could change depending on developments with the pandemic.

According to a memo to teams, the league will inform them promptly about how to proceed with on-field activities “in the event club facilities reopen at some point in June.” The league said it would work with medical advisers to establish protocols for reopening facilities.

For nearly three months, the NFL has kept to its offseason schedule of conducting the scouting combine, free agency, the draft, and the release of the regular-season schedule. While it is making contingency plans for both preseason and regular-season games in the event that the pandemic makes it necessary to play games without fans or at different sites, the league has publicly said it expects to play a full schedule beginning Sept. 10 with Houston at Super Bowl champion Kansas City.