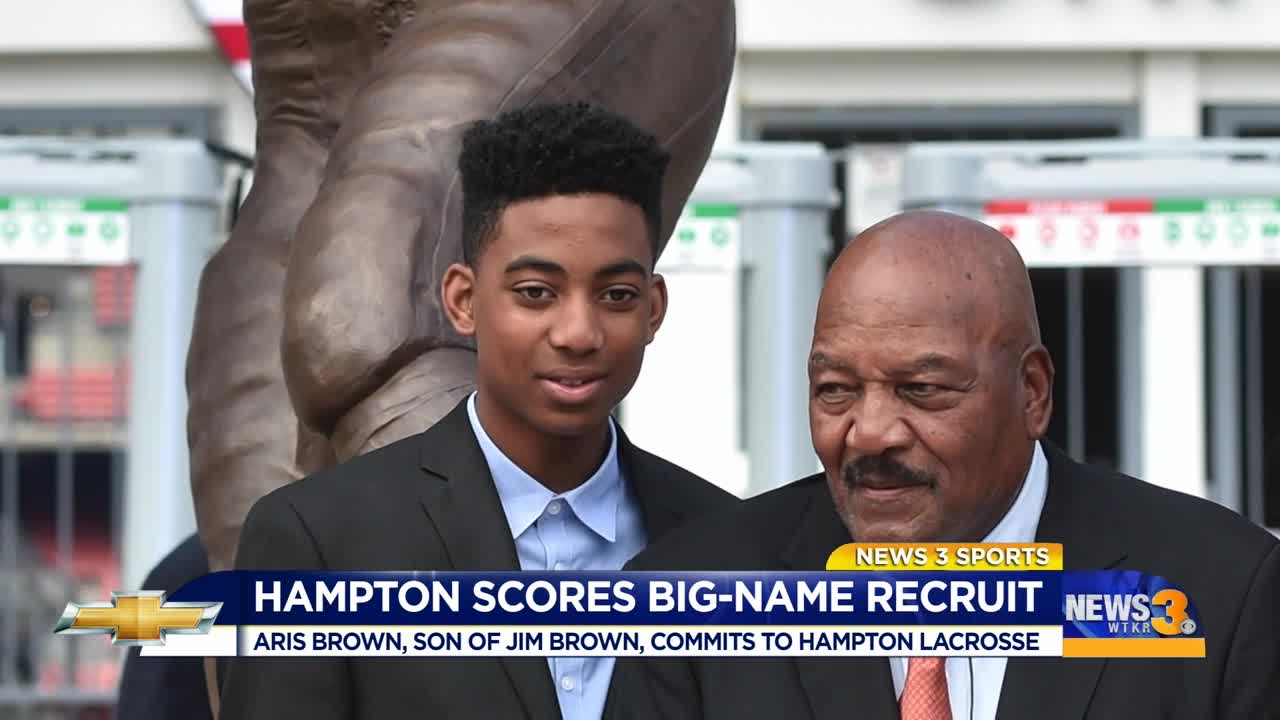 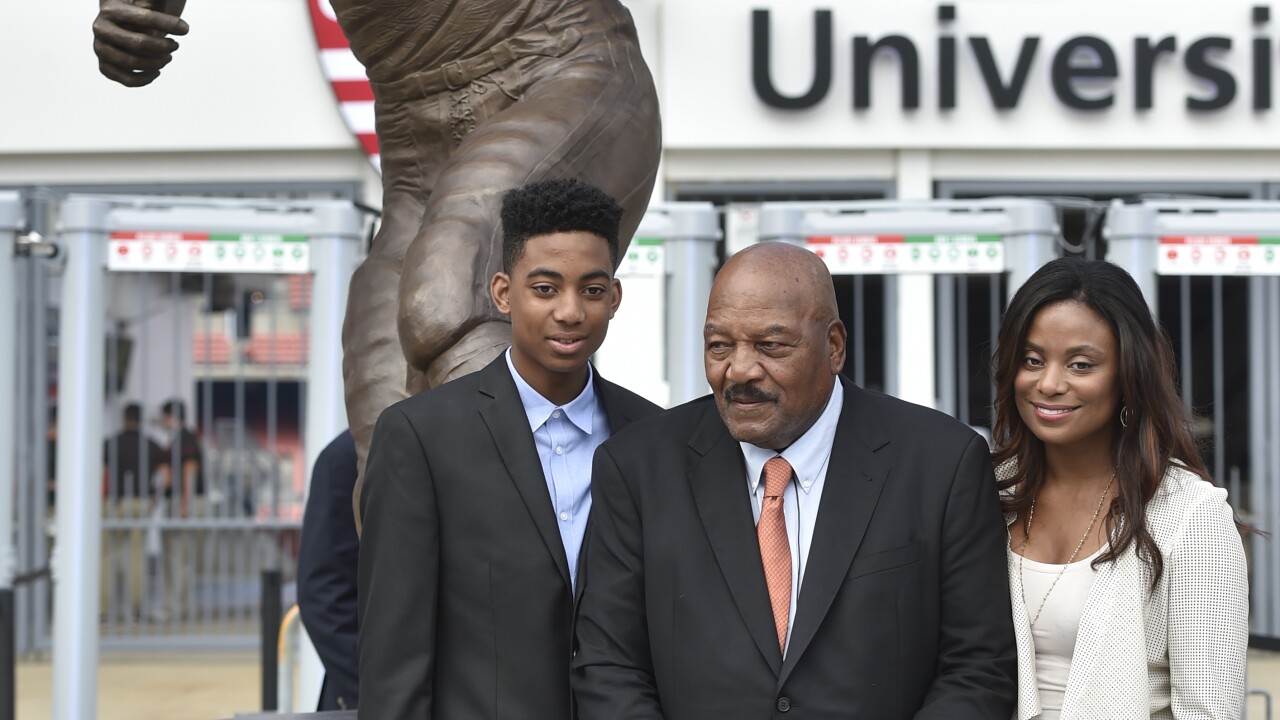 HAMPTON, Va. - Hampton University Athletics made headlines this past week when it was announced that Aris Brown, son of Pro Football Hall of Famer Jim Brown, committed to playing lacrosse at Hampton University.

The 6-foot-4 midfielder was recruited out of Sierra Canyon High School in California and despite the distance, convincing Brown to travel that far from home wasn't something Pirates head lacrosse coach Rashad Devoe saw as an obstacle.

“Hampton has so many great features, beautiful campus, beautiful community," Devoe said. "Probably the biggest thing we talked about, more than lacrosse, was the 5-year MBA program, so that was a great thing that he liked, get his MBA in 5 years and still have high-level lacrosse, so it was a good sell.”

Once news broke of Brown's commitment, Devoe's phone started blowing up, which is understandable considering it's not everyday the son of a Pro Football Hall of Famer joins your roster.

While Brown isn't playing the game of football like his dad, he's still following in his father's footsteps.

Jim Brown played lacrosse, among three other sports, during his time at Syracuse and was elected into the Lacrosse Hall of Fame in 1983.

“For the lacrosse world he’s arguably one of the best lacrosse players ever," Devoe said. "A lot of people don’t know that, or they think it was a passing fad for him, but he has a deep passion for it."

Because of his father, Aris is carries the title 'Jim Brown's son', but it's a title Devoe says Aris handles extrememly well.

When Aris arrives at Hampton University, he'll be joining a Pirates program that became the first HBCU to field a Division I lacrosse team, something the school accomplished when it went varsity in 2015.