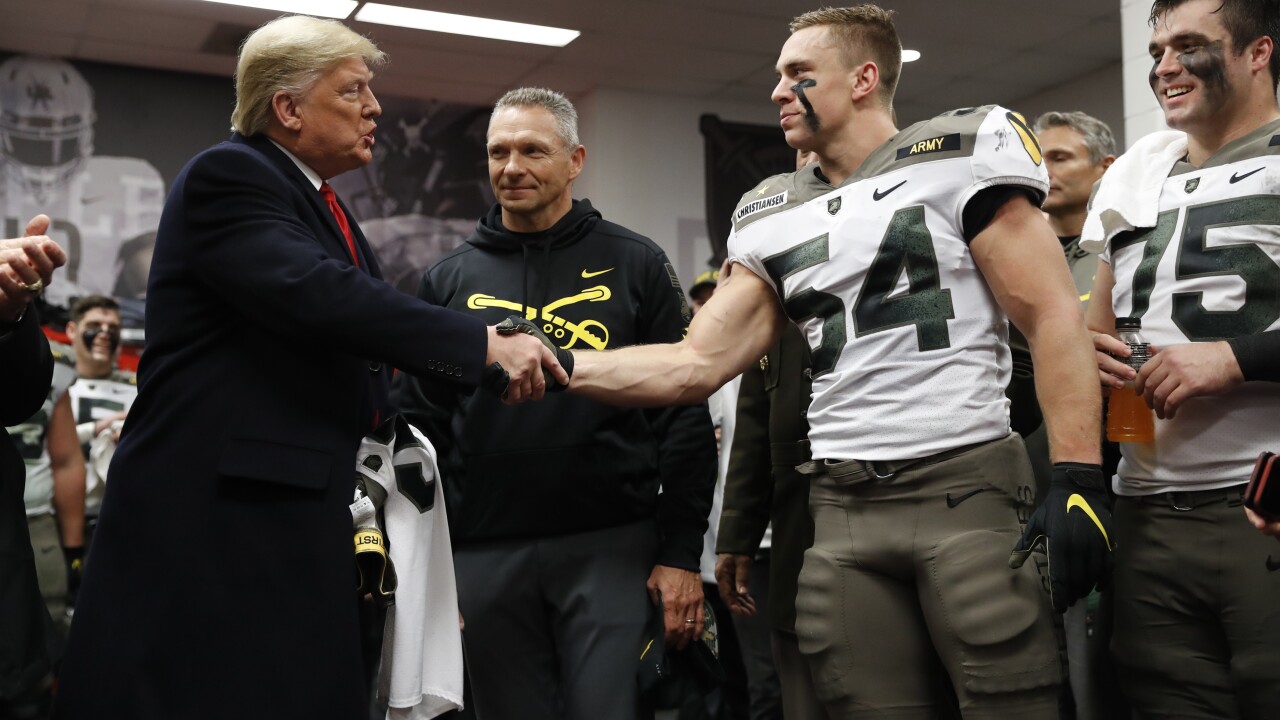 The trio are the first to sign a professional contract since the secretary of defense endorsed a policy in November making it possible for military service academy graduates to request delayed commissioning in pursuit of a professional sports career.

"We are extremely proud of Cole, Elijah and Connor," said Mike Buddie, Director of Athletics, Army West Point. "They have all earned this opportunity through their hard work and determination while representing the Corps of Cadets on the gridiron. After spending 47 months training to serve our country, I am thrilled for them to have this opportunity to continue their playing career and am convinced this will only make them better officers when that time comes."

A two-year team captain, Christiansen finished his Army career with 35 starts on the defensive side of the ball. The Suffolk, Va., native garnered All-Independent First Team accolades over the last two seasons and was an NFLPA Collegiate Bowl Participant in 2019. Christiansen was also a Lott IMPACT Trophy Semifinalist. The linebacker paced the team with 112 tackles his senior year including 63 solo stops. He tallied 3.5 tackles for a loss of yards, 2.5 sacks, two forced fumbles and a recovery. Christiansen performed with high intensity in every contest, but especially this past season against Air Force when he posted a career-high 16 tackles.

A 2019 team captain and four-year letterwinner, Riley was one of the Black Knights' most versatile players on defense for the past two seasons. Riley was an East-West Shrine Bowl participant and a Jim Thorpe Award Semifinalist his senior season. The Port Jefferson, N.Y., native earned Phil Steele All-Independent First Team honors, while being named to the Bednarik Award and Nagurski Award watch lists. He led the team with tackles for a loss this season and in sacks with four. Riley always performed his best on the biggest stages for Army. The boundary corner posted a career-high nine tackles when the Black Knights took No. 5 Oklahoma to overtime in 2018 and notched a sack and fumble recovery against No. 7 Michigan this past season.

Stepping in to the fullback rotation in 2019, Slomka was second on the team with eight touchdowns through 12 games. He led the Black Knights in carries (149) and averaged 4.4 yards per attempt in the triple option offense. The Wexford, Pa., native helped Army up the field game after game averaging 54.83 yards each contest. Slomka boasted a career-high three touchdowns against VMI this past season. He scored at least one touchdown in six games during his senior year.

The graduates of each of the U.S. military service academies are obligated to serve in the armed forces for a minimum five years as commissioned officers immediately following graduation. The provision signed into policy in November allows service secretaries to nominate exceptionally talented graduate athletes to delay their commissioning and subsequent service obligation to pursue employment as professional sports athletes.

"I want every player I coach to be able to play his very best, to play at a really high level and if that means being able to play beyond college I think it's fantastic," said Jeff Monken, Army West Point football head coach. "I hope as much for them as they do for themselves but …regardless of what happens for them in sports they've got an unbelievable career ahead of them to be able to serve as an army officer and put the leadership skills they developed here into practice."

The mission of the Army West Point Athletic Association is to provide an extraordinary Division I athletic experience that develops leaders of character committed to the values of duty, honor and country.