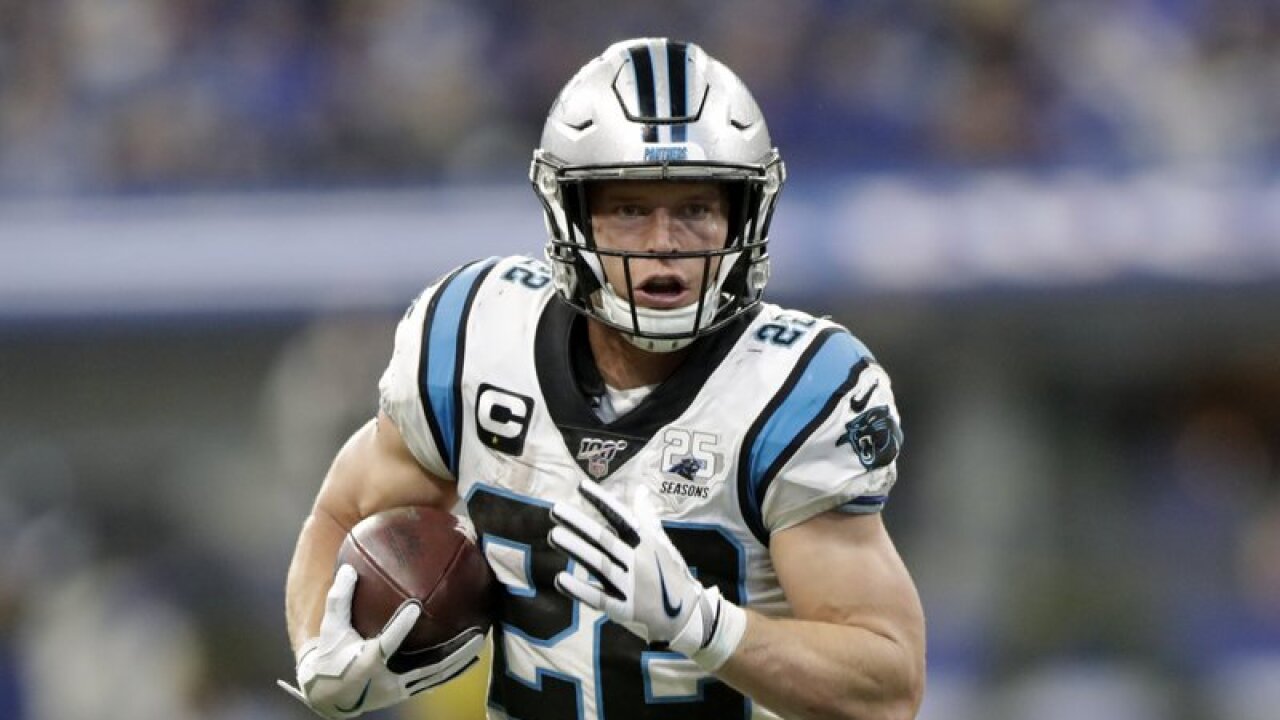 (AP Photo/Michael Conroy
FILE - In this Dec. 22, 2019, file photo, Carolina Panthers&#39; Christian McCaffrey runs during the second half of an NFL football game against the Indianapolis Colts, in Indianapolis. McCaffrey&#39;s versatility and superb statistics helped him to a rare double: The Carolina Panthers running back has made The Associated Press NFL All-Pro Team at two positions. (AP Photo/Michael Conroy, File)

Christian and his dad Ed teamed up with USAA and the USO of North Carolina to virtually surprise a military family for Father's Day. Both the father and daughter are active-duty service members and fans of the Carolina Panthers.

"I just wanted to say thank you for your service," Christian said after appearing on Ella and Jeremy's screen. "I always wanted to be like my Dad."

"My Dad adopted me," the Senior Airman revealed. "He chose to take me on. It is very meaningful because he chose to be my Dad."

"I have deployed, and I've had a lot of responsibility on my name," the Gunnery Sergeant said. "But there's not really a greater calling than to be a family man - to be a father."

Dads and father figures play such a huge role in the paths we choose. Great to work with @USAA and the @USOofNC to surprise a @Marine and his daughter – who also chose to serve - for #FathersDay. Thanks to all those who guide and inspire us. #SaluteToService pic.twitter.com/0AaLP8z1ub