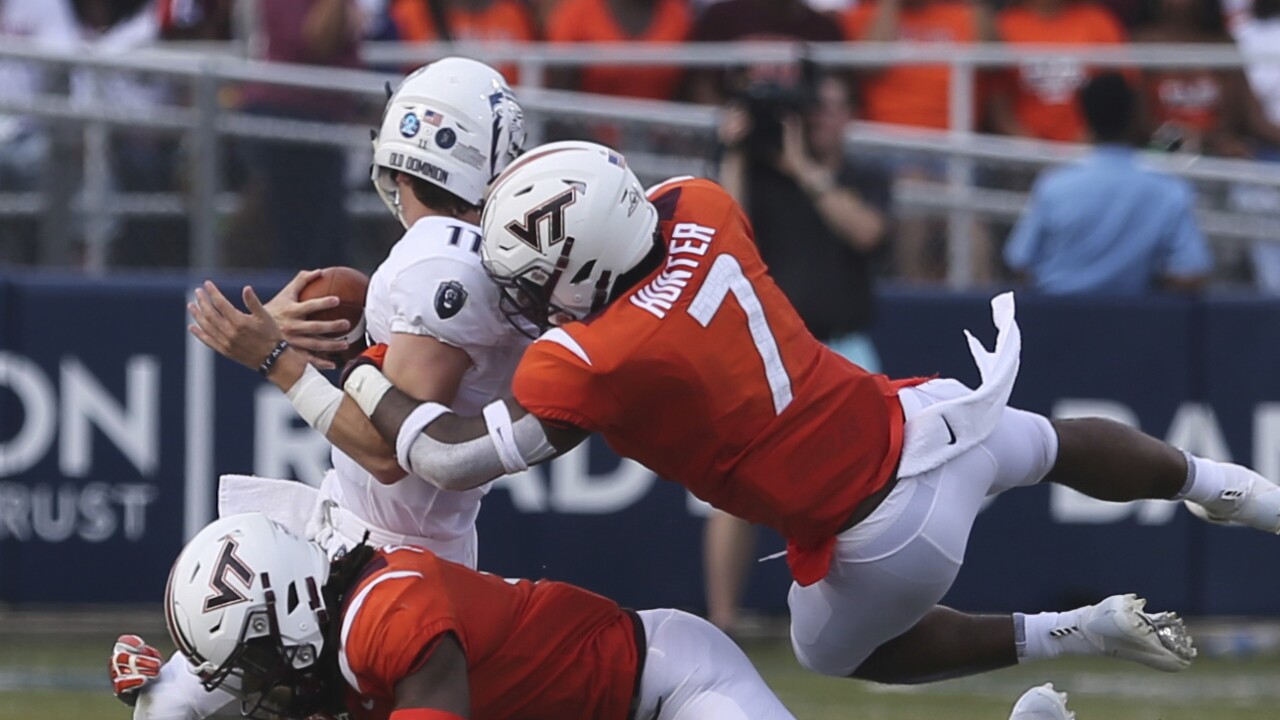 Jason Hirschfeld/AP
FILE - In this Sept. 22, 2018, file photo, Old Dominion's Blake LaRussa gets wrapped up by Virginia Tech's Devon Hunter (7) and Reggie Floyd (21) during the second half of an NCAA college football game, in Norfolk, Va. (AP Photo/Jason Hirschfeld, File)

BLACKSBURG, Va. - The Virginia Tech football program, after having its first two games postponed due to COVID-19, is still waiting to get on the field. When the Hokies do hit the gridiron, they may do so without Devon Hunter.

The Chesapeake product has been suspended indefinitely by the football program.

According to a statement released by the athletic department, Hunter, a defensive back, has been "suspended indefinitely from all football team activities effective immediately for not upholding the high standards we have for our student-athletes."

As a sophomore last season, Hunter - an Indian River High School product, played in all 13 games for Tech - including two starts. In his first-ever collegiate start, he recorded a career-high eight tackles at North Carolina.

The five-star recruit was rated the number three prospect in Virginia according to 247Sports.