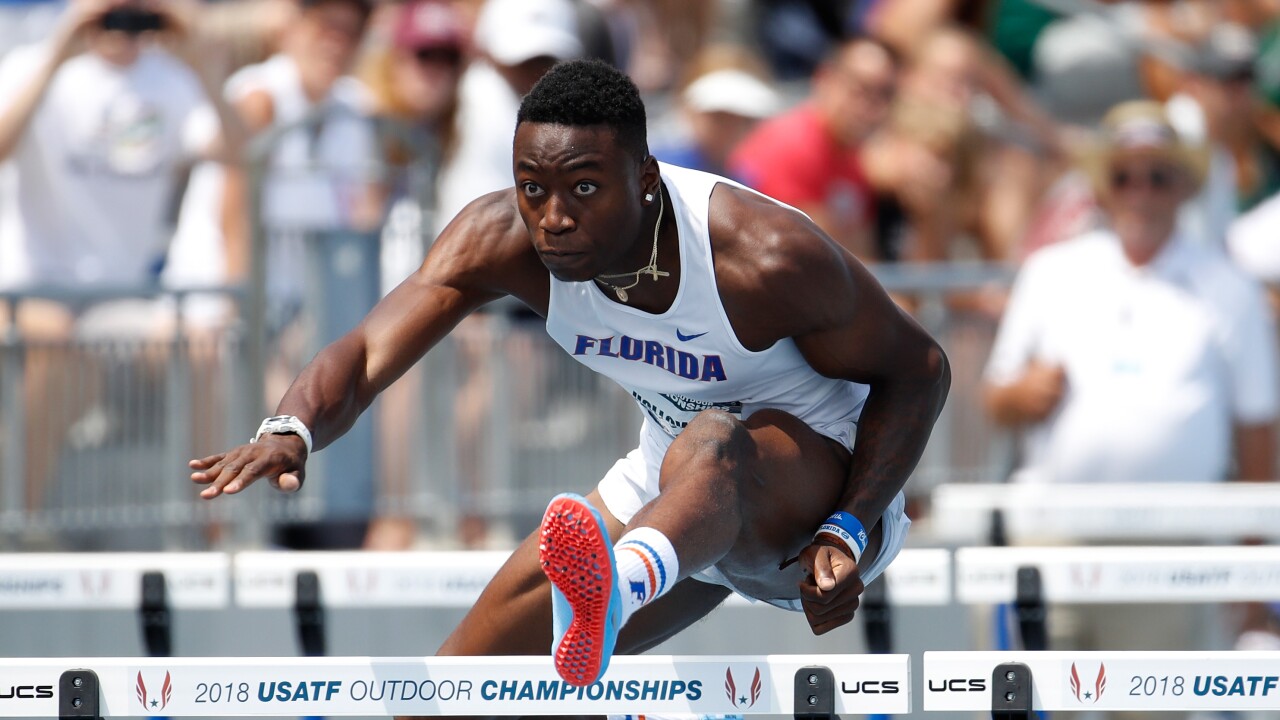 CHESAPEAKE, Va. - Chesapeake's Grant Holloway, one of the most-decorated athletes to hail from Hampton Roads, is a finalist for another prestigious honor.

Fans can vote for Holloway or the other nine finalists here. Voting will close at 11:59 p.m. EST March 30th.

Holloway, the Grassfield High School alumnus, is a three-time NCAA champion in the 60 hurdles and 110 hurdles - becoming the first man in history to sweep those titles three consecutive years. He recently turned professional after a junior season at Florida that saw him win the Bowerman award, college track & field's top honor. His season-best time of 12.98 seconds – which he ran at June’s NCAA Outdoor Championships to break Renaldo Nehemiah’s 40-year-old collegiate record – was the fastest in the world for 2019. Later that same day, Holloway ran the third leg for Florida’s collegiate record-breaking 4×100 relay team, which won the NCAA Outdoors title in 37.97 seconds.

About The AAU: The AAU was founded in 1888 to establish standards and uniformity in amateur sports. During its early years, the AAU served as a leader in international sport representing the U.S. in the international sports federations. The AAU worked closely with the Olympic movement to prepare athletes for the Olympic games. After the Amateur Sports Act of 1978, the AAU has focused its efforts into providing sports programs for all participants of all ages beginning at the grass roots level. The philosophy of "Sports for All, Forever," is shared by over 700,000 participants and over 150,000 volunteers.