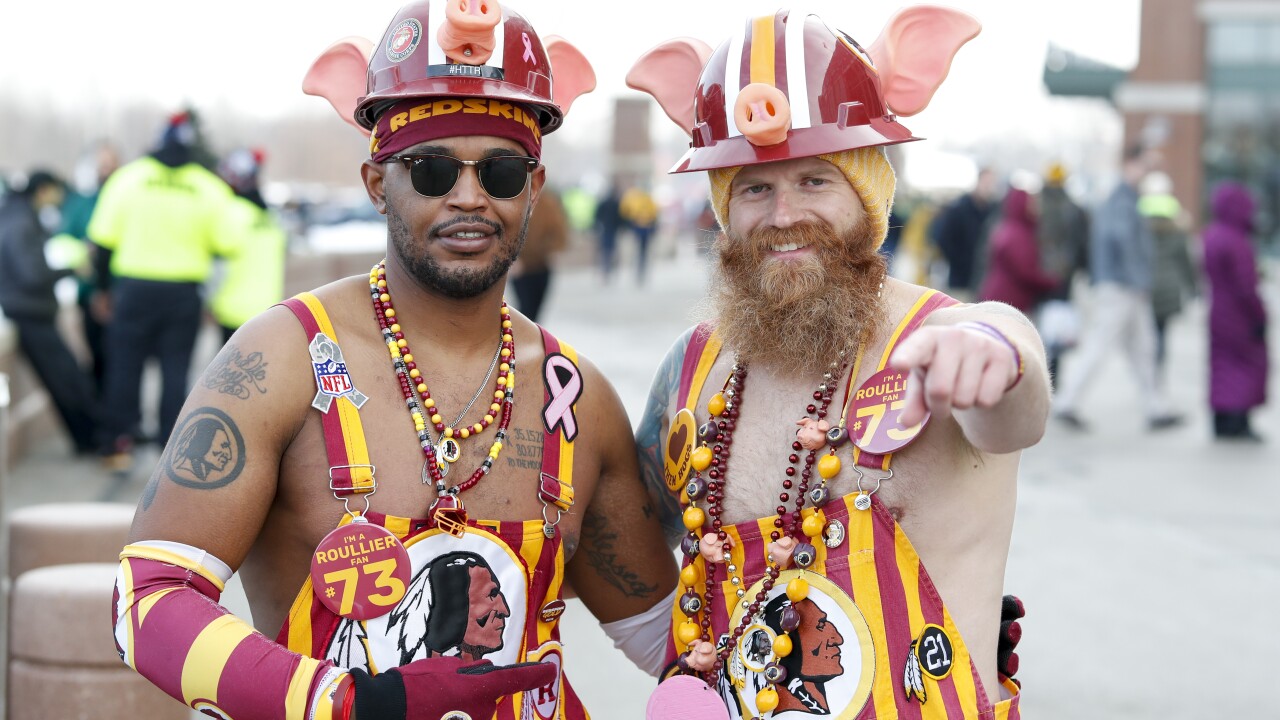 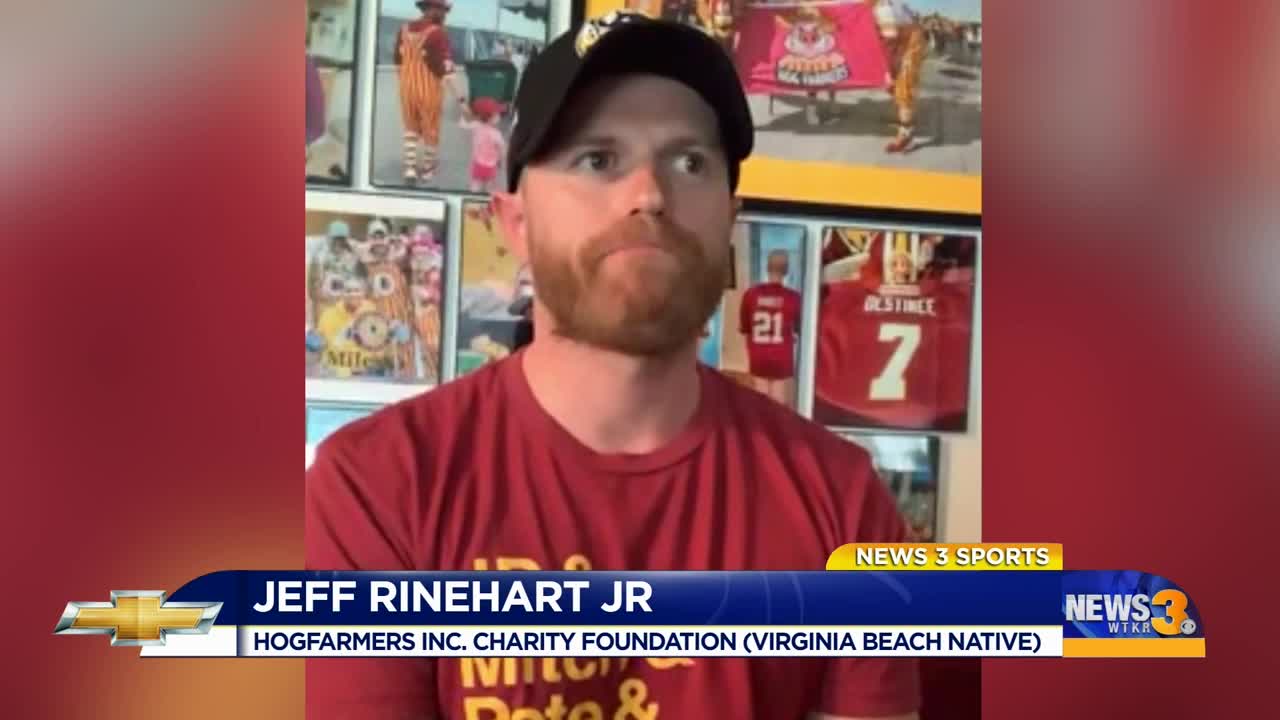 HAMPTON ROADS, Va. - During the first two days of the 2020 NFL Draft we watched plenty of football players at home with their families as they waited to find out which NFL team would draft them.

But players weren't the only ones eagerly waiting to hear their names called.

Fans did as well, specifically Redskins fans taking part in the HogFarmers' charity raffle on day one of the draft.

This year was supposed to mark the second straight draft party put on by the HogFarmers, a group of Redskins super-fans whose foundation gives back to children and families affected by pediatric cancer. This year's party was canceled due to the coronavirus pandemic, so the raffle had to be held virtually.

HogFarmer Jeff Rinehart Jr was worried the change would affect the amount of money raised.

“We raised $4,100 last year," Rinehart said. "With everything going on and us having to cancel the party, we didn't think we’d even come close to that. We were gonna be happy if we raised 3,000 dollars.”

Instead, they did far better than last year's mark, raising just over $5,200.

The raffle included all kinds of Redskins gear, some even donated by Redskins players themselves. For example, Redskins linebacker Cole Holcomb signed jersey and donated it to the cause through his father.

"Definitely appreciat the support," Rinehart said. "The Redskins players are actually embracing us. I pinch myself all the time.”
One of the raffle's items received an overwhelming amount of interest.

With the raffle complete, the HogFarmers now turn their attention toward finding families in need.

“We just touch bases with them and see what they need," Rinehart said. "Take some of that personal expense out of their pockets to help them that way.”