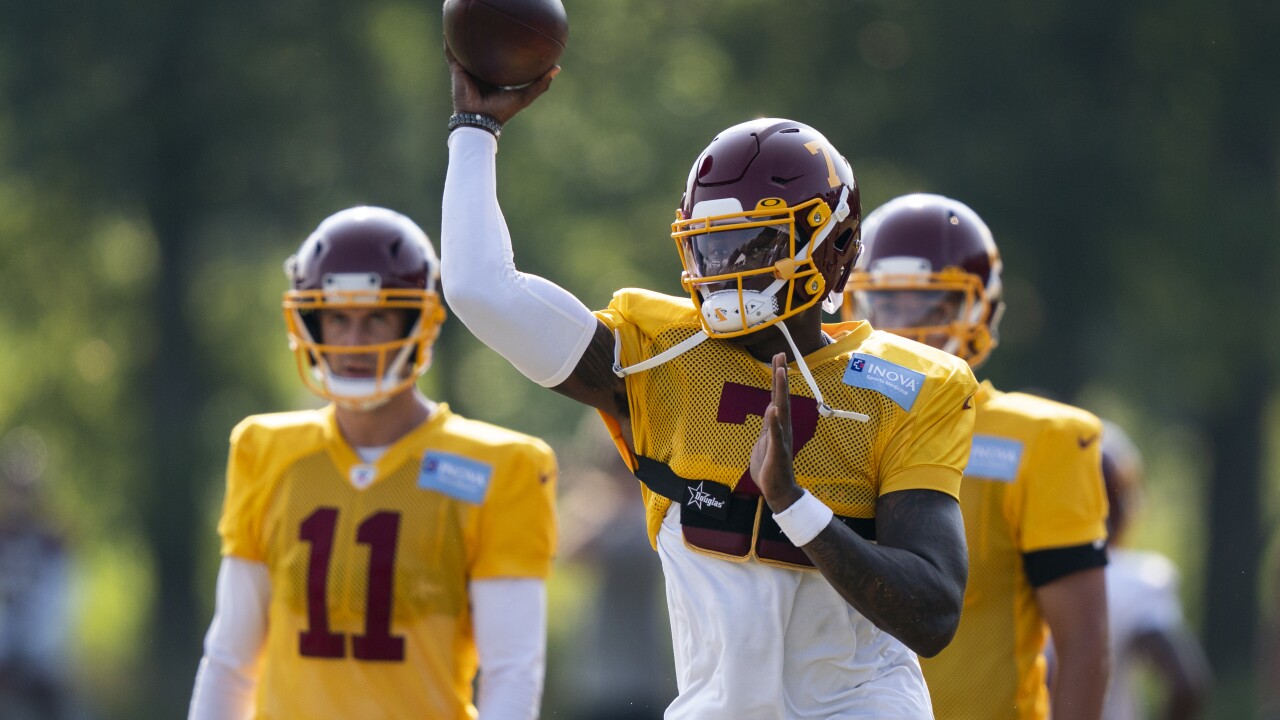 "I’ve watched him improve his decision making. He’s got the skillset. He’s got a quick arm. He’s got quickness as a quarterback in terms of decision making and getting himself into that position to throw the ball and deliver a good ball," head coach Ron Rivera said. "That’s the things you look for in terms of development of young guys."

Haskins beat out Alex Smith and Kyle Allen for the starting spot.

“We told him to focus on himself physically, obviously because we couldn’t be around him because of the quarantine and everything. He did that," offensive coordinator Scott Turner said about the communication the coaching staff had with Haskins during the offseason. "You look at his body; he looks totally different from what I remember seeing of him last year.

"And then as far as our playbook, the way we approach the quarterback position, the way we go about our quarterback position—he’s bought in 100 percent. The guy’s made a lot of good plays. He’s gotten better every day at practice. I told him today: ‘Now the real work starts. Now you’ve got to gear up. We’ve got to bring it every week and you’ve got to play better so you’re playing your best football at the end of the season.’ You don’t just stop getting better because he was named the starter.”

Always bet on yourself 🤝 https://t.co/aAqdeaVfsl

Your time has come, QB1 😈 pic.twitter.com/DcPgX6CNCW

“I just think having learned an NFL offense last year has helped me so much going into this year and being used to having long verbiage and understanding concepts of what we’re trying to get done that are similar to last year," Haskins said during training camp three weeks ago. "Being a little more mature and being a little older, finding out ways of what worked for me last year and what didn’t."

Haskins is entering is second season in the NFL. During his rookie season, he completed 58.6% of his passes and threw for 1,365 yards, seven touchdowns and seven interceptions.

Haskins was selected by Washington 15th overall in 2019 NFL Draft.