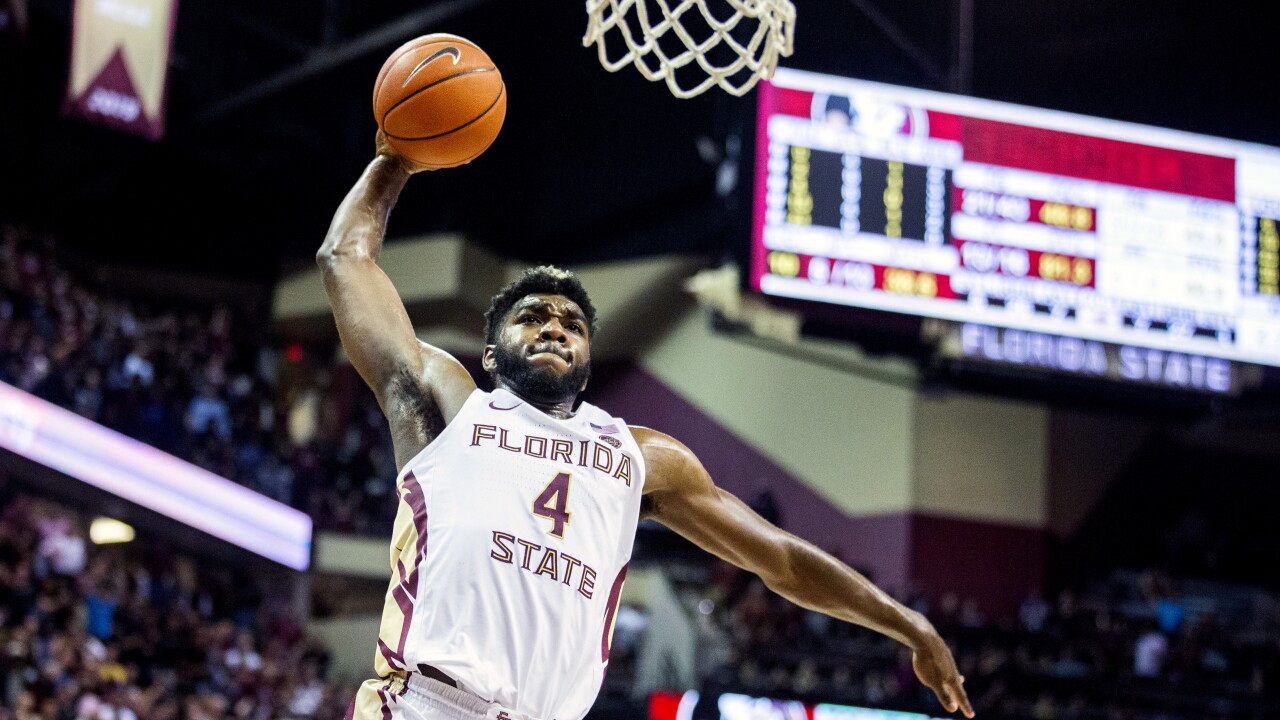 GREENSBORO, N.C. (theACC.com) – Eight Atlantic Coast Conference standouts were selected in the 2020 NBA Draft on Wednesday evening. Three were chosen in the first round, highlighted by a pair of Florida State lottery selections.

Florida State’s Patrick Williams went fourth overall to the Chicago Bulls, matching the top pick in FSU program history. His teammate Devin Vassell was selected 11th overall by the San Antonio Spurs. Williams and Vassell are the first pair of Seminole teammates selected in the first round of the NBA Draft since Douglas Edwards (15th, Atlanta Hawks) and Sam Cassell (24th, Houston Rockets) in 1993.

North Carolina’s Cole Anthony also went in the first round, 15th overall, to the Orlando Magic. The ACC extended its streak of having at least one first-round selection to 32 consecutive years (1989-2020).

Chosen fourth overall, Williams tied for the highest draft pick in program history. Named the ACC Sixth Man of the Year, Williams helped Florida State to its first ACC regular-season title last season. He averaged 9.2 points, 4.0 rebounds, 1.0 steals and a team-leading 1.1 blocked shots in 29 games as a freshman for the Seminoles. He also was named to the 2020 ACC All-Freshman Team.

Anthony was a third-team All-ACC honoree during his freshman season in 2019-20. He also earned a spot on the 2020 ACC All-Freshman Team and was named USBWA All-District III. He also was a Basketball Times Second-Team All-Freshman honoree. He topped North Carolina in scoring at 18.5 ppg, the second-highest scoring average ever by a UNC freshman. He scored in double figures in 19 of his 22 games with one 30-point game and eight more with 20-plus points.

Carey Jr. was one of two ACC players ranked in the top 10 in scoring (third, 17.8 ppg), rebounding (fourth, 8.8), field goal percentage (first, .577) and blocked shots (sixth, 1.6). The ACC Freshman of the Year, Carey was the only freshman on the 15-man USBWA All-America team and posted 15 double-doubles on the season, second among NCAA freshmen and second in the ACC. Ten of his double-doubles were 20-10 performances. Carey Jr. also earned the USBWA’s Wayman Tisdale Award as the nation's top freshman.

Nwora averaged 18.0 points, 7.7 rebounds and 1.3 assists per game. A native of Buffalo, New York, Nwora shot 44% from the field, including 40.2% from 3-point range. He earned Second-Team Associated Press All-America honors and First-Team All-ACC accolades and was a finalist for the 2020 Julius Erving Award.

Stanley was an ACC All-Freshman Team selection in 2020. He averaged 12.6 points and 4.9 rebounds during his freshman season, shooting 47.4% from the field and 73.3% at the free-throw line while making 29 starts.