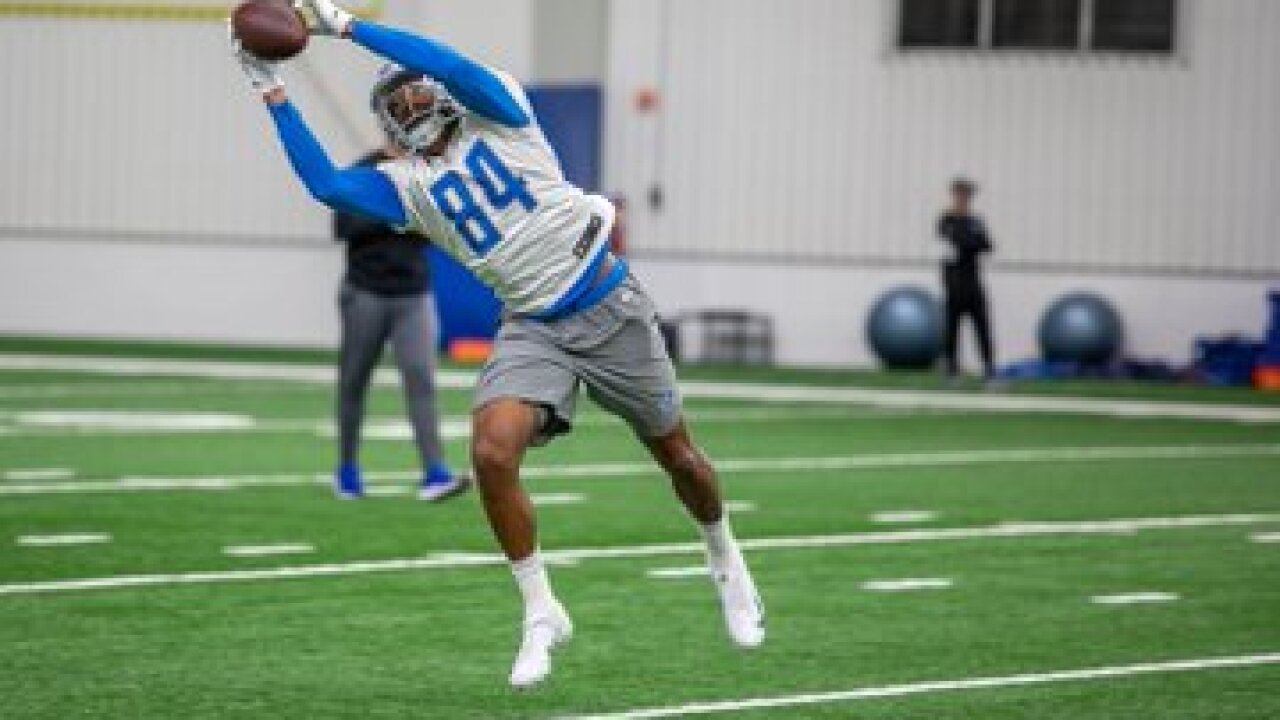 This is the wide receiver's third team this year. Fulgham was waived by Detroit on August 9, claimed by the Green Bay Packers and waived less than two weeks later, then claimed off waivers by the Eagles in late August before being released and signed to the practice squad.

#Eagles have signed the following players to the practice squad: pic.twitter.com/pmI0nqN3ki

The 24-year-old was selected in the sixth round of the 2019 NFL Draft by the Lions. He played in three games during the 2019 season and had zero receptions.

He began his career at ODU as a walk-on and tallied 1,083 receiving yards in 2018, the second-best single season output by a Monarch in program history.

The Ashburn, Va. native finished with 2,044 career yards, 128 receptions and 18 touchdowns in his four-year career in Norfolk. Fulgham was the first offensive player in school history to play in the Reese’s Senior Bowl along with teammate Oshane Ximines, as well as participate as teammates at the NFL Combine.