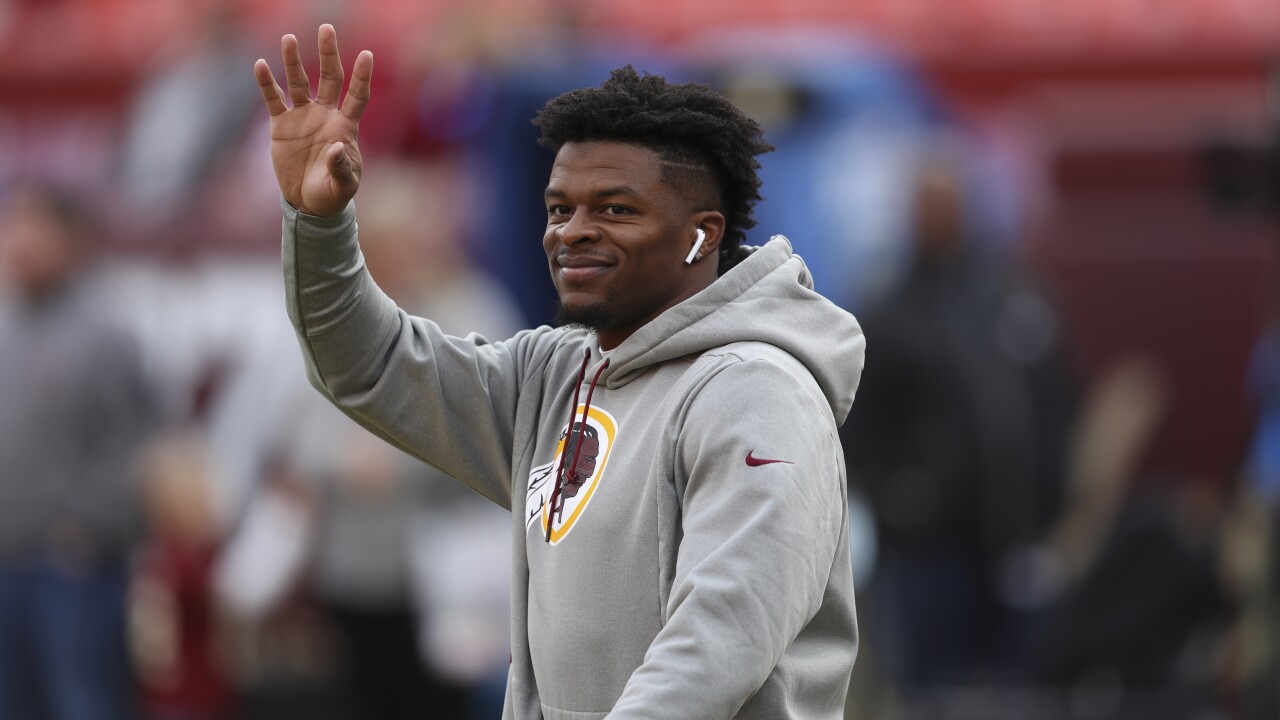 JACKSONVILLE, Fla. - Jay Gruden once called Chris Thompson the "best third down back in the NFL". Thompson will now have an opportunity to continue to meet that standard.

Friday, the Jaguars signed the former Redskins running back to a one-year deal. He'll reunite with Gruden, who was fired as Redskins head coach in October and now serves as Jacksonville's offensive coordinator.

Thompson, 29 years-old, was selected by the Redskins in the fifth round of the 2013 NFL Draft.

According to NFL.com, his best season came in 2017, when he tallied over 800 all-purpose yards and six touchdowns with the Redskins. However, injuries have been an issue for the former Florida State Seminole, as he's played in just 31 of a possible 48 games the last three seasons.