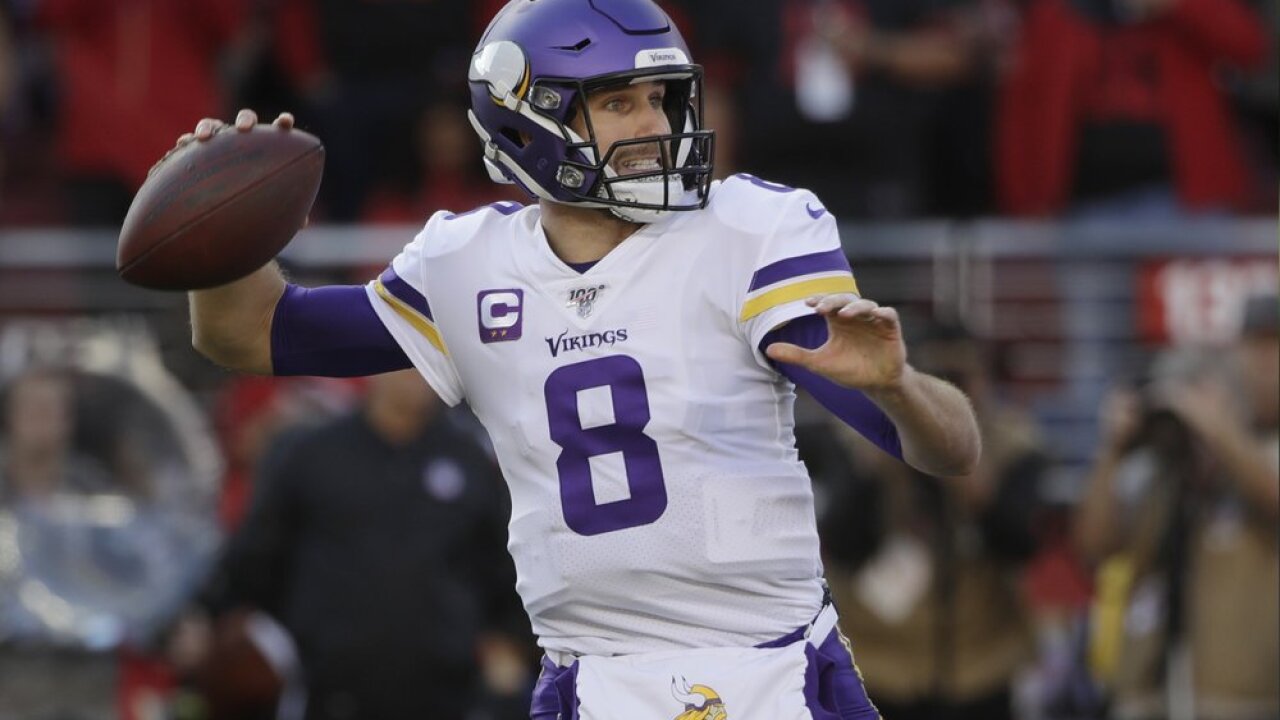 MINNEAPOLIS (AP) — The Minnesota Vikings and Kirk Cousins agreed on Monday to a two-year, $66 million contract extension, giving the quarterback another eight-figure influx of guaranteed money and providing the team some immediate salary-cap relief.

Cousins was entering the final season of the fully guaranteed, three-year, $84 million contract he signed as a free agent in 2018. He was scheduled to count $31 million against the salary cap, but this new pact will reduce by $10 million the team’s charge for 2020, according to a person with knowledge of the deal. The person spoke to the Associated Press on condition of anonymity because the contract had not been finalized.

Cousins will be guaranteed $61 million at signing. His $35 million base salary for the 2022 season would also become fully guaranteed a year from now, meaning he’s likely locked in for $96 million over the next three seasons. Either way, the ninth-year veteran will at least temporarily move back into the top five among NFL quarterbacks in average annual value, with the going rate at the critical position continuing to rise after a four-year, $118 million deal for Tennessee’s Ryan Tannehill.

Cousins had a career-best season in 2019, ranking fourth in the league in passer rating (107.4), fourth in completion percentage (69.1), sixth in touchdown percentage (5.9), and seventh in average yards per attempt (8.1). He led the Vikings to a wild-card win in the playoffs at New Orleans, his first career postseason victory, and was picked as an injury replacement to his second Pro Bowl after making significant improvement in a new offensive system from his first year in Minnesota.

The cap-space clearance allowed the Vikings to apply the franchise tag on safety Anthony Harris for $11.441 million, preventing him from hitting free agency for another year. The Vikings also reached agreements on Monday on a new four-year, $12.25 million contract with fullback C.J. Ham, who was set to become a restricted free agent, and a three-year, $9 million deal with punter Britton Colquitt, who was eligible for unrestricted free agency.

Harris had a breakout 2019 season including six interceptions that figured to price him out of Minnesota’s plan, but his return will help stabilize a secondary facing unrestricted free agency for the top three cornerbacks: Xavier Rhodes, Trae Waynes and Mackensie Alexander. With Harrison Smith entrenched at the other spot, the Vikings will commit more than $22 million — about 11% of the salary cap — this year to their starting safeties.

The Vikings have rarely used the franchise tag, only previously on linebacker Chad Greenway in 2011 and on tight end Jim Kleinsasser in 2003.

Ham’s blocking was instrumental in the Pro Bowl season put together by running back Dalvin Cook, and Ham himself eventually became a replacement selection for the Pro Bowl.

Colquitt was eighth in the NFL last season with a net average per punt of 42.6 yards. He was the only punter in the league with 12 or more attempts, according to SportRadar, who did not have any touchbacks. The 11th-year veteran joined the Vikings in 2019, after three seasons with Cleveland and six seasons with Denver.