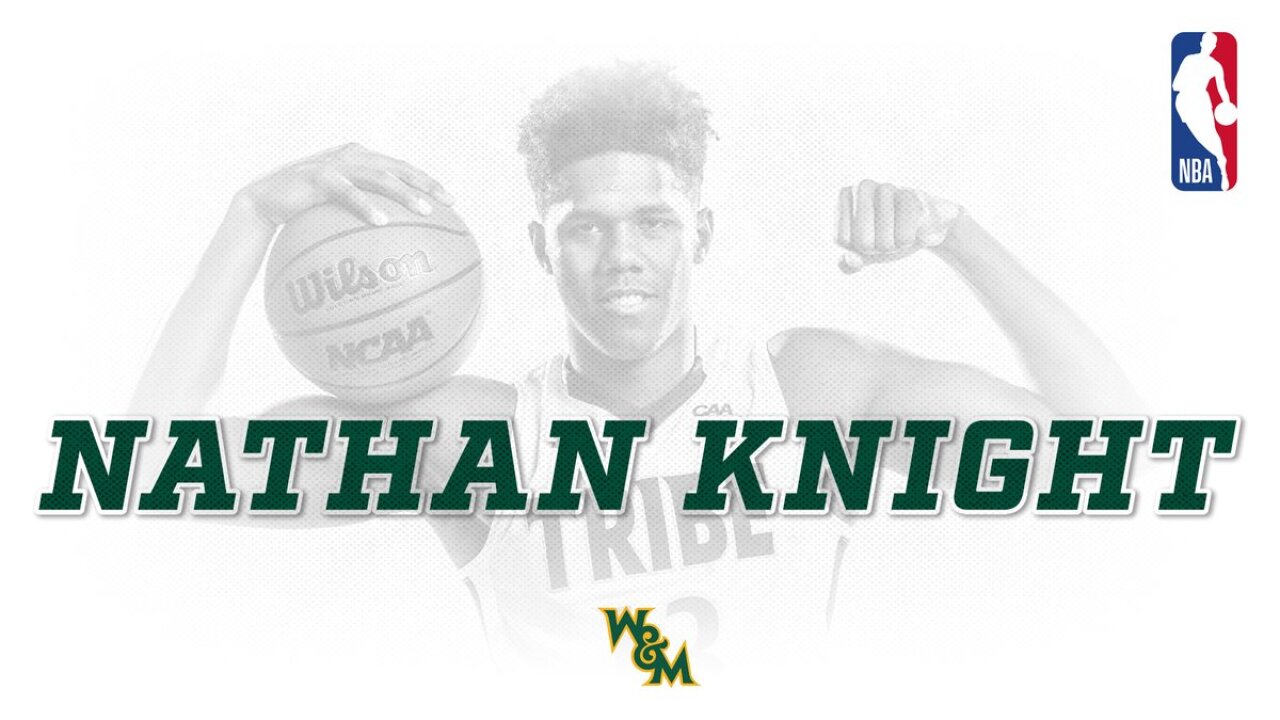 WILLIAMSBURG, Va. - One of the greatest players in William & Mary men's basketball history will get his shot in the NBA.

Forward/center Nathan Knight, the reigning National Mid-Major Player of the Year, has agreed to a two-way contract with the Atlanta Hawks. A two-way contract, started in 2017, is for players who will spend the bulk of the season in the NBA G League and not more than 45 days with their NBA team. NBA teams may have up to two players under NBA two-way contracts, and those players are paid a corresponding daily amount based on the number of days they play in each league.

Despite being invited to the NBA Draft Combine, Knight was not selected in Wednesday's NBA Draft.

Thank you to the Atlanta Hawks organization for giving me this opportunity. Making my childhood dreams come true! ❤️ https://t.co/a4pKbeeGQ8

Last season, Knight won the Lou Henson Award from CollegeInsider.com. He averaged 20.7 points and 10.5 rebounds per game in 2019-20, while leading the country in player efficiency rating (35.0) and ranking second in double-doubles (23). Knight became just the second player in league history to be named both the CAA Player and Defensive Player of the Year in the same season. For the second-straight season, he was also selected as one of five finalists for the Kareem Abdul-Jabbar Center of the Year Award.

In the classroom, Knight earned his degree from W&M's prestigious Raymond Mason School of Business in business analytics with a concentration in finance. Named to the Dean's List this year, he was also selected as one of 10 finalists nationally for the Senior CLASS Award, which recognizes excellence in community, classroom, character and competition.