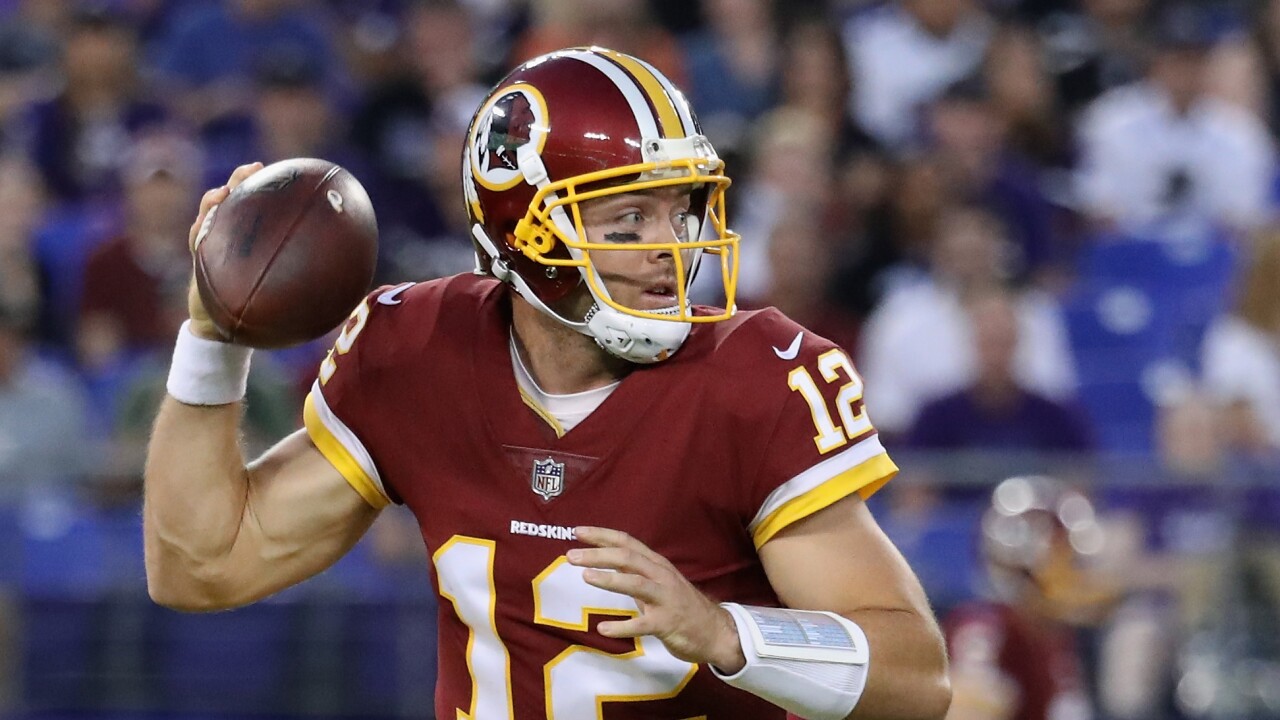 NEW YORK - Colt McCoy waited in Washington for six years, hoping he'd have an opportunity to start. He's now on to a new opportunity.

After six seasons with the Redskins, McCoy - the veteran backup QB, has reportedly agreed to a free agent contract with the New York Giants. Mike Garafolo of the NFL Network was the first to report the news. The Giants website reports the agreement is contingent on McCoy passing his physical, which will take place on a date yet to be determined.

McCoy, entering his 11th season in the NFL, started just seven games in six seasons with the 'Skins. He backed up Kirk Cousins then Alex Smith.

Colt was selected by the Cleveland Browns in the third-round of the 2010 NFL Draft. With the Browns, he made 21 of his 28 career starts in three seasons.