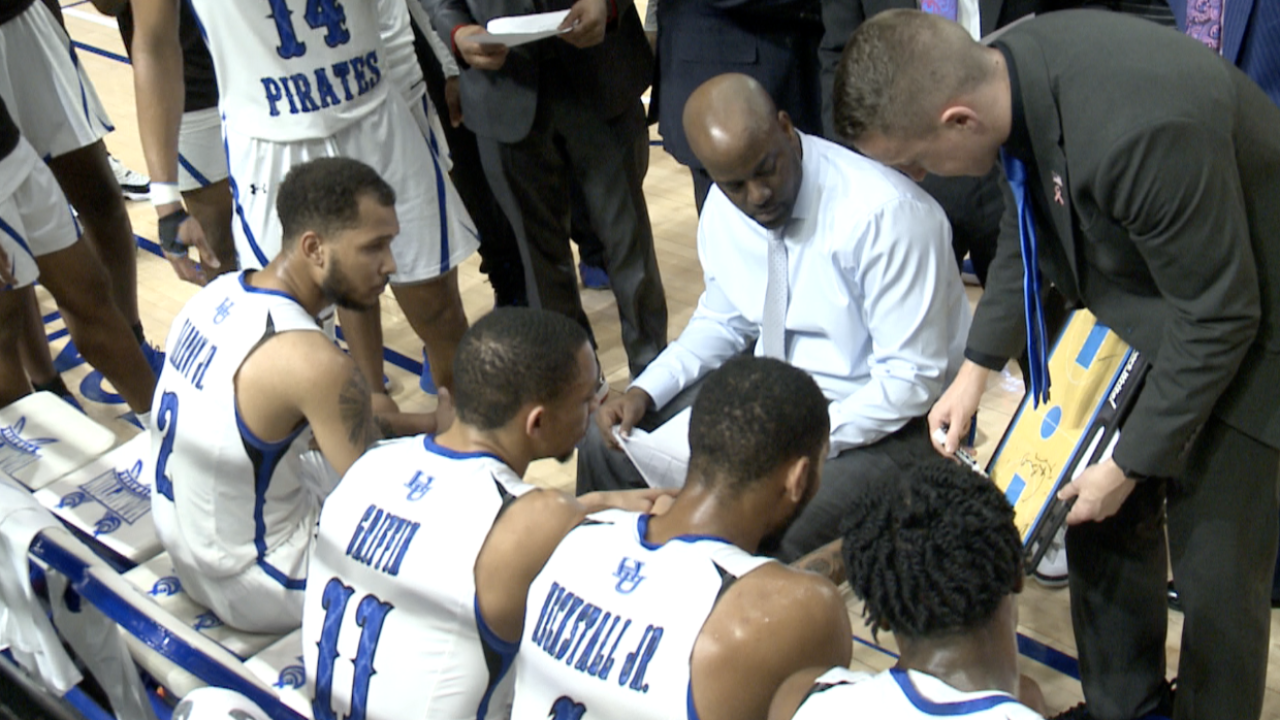 Hampton opens its season on December 1 facing George Washington University in Washington, D.C. as part of a multi-team event hosted by the Colonials. Two days later, they’ll finish that event in Williamsburg with the first of two matchups against the Tribe of William & Mary.

On December 7, the men will visit Joe Echols Hall to take on Norfolk State in the Battle of the Bay at 7 pm. Regent University comes to the Convocation Center for the first home game of the 2020-21 season on December 10 at 6 pm, before a first-ever meeting with the Keydets of VMI takes place in Lexington, Va. on December 13 at 1 pm.

The Tribe returns to the Convocation for a December 15 6pm tilt and the non-conference slate ends back in Washington, D.C. to face Howard on December 18.

With no fans for home games this season, please check Hamptonpirates.com for webstream links as game dates approach. Opponents, dates and times are subject to change.